The Awful Guide to Moving 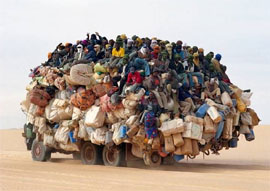 These dudes have the right idea.Back in your parents' day, things were different. After beginning your adult life, you'd find a well-paying job, settle down in a nice house, and proceed to fill your surroundings with consumerist garbage for the remaining 60 years of your existence. And, after you died, your descendants would comb through your worthless belongings while cursing your name and devising ways to move and possibly destroy cumbersome furniture that weighs hundreds upon hundreds of pounds. In these magical days, people died secure in the knowledge that they'd be responsible for making their local landfill just a little bit bigger, thereby winning the great game of America.

These modern times and their lack of job security don't afford the same luxury of never having to travel more than a 20-mile radius from your television for the majority of your life. Ever since a demonic sack of forgetful oatmeal sponsored the great corporate salting of the Earth in the 1980s, young people can't plant their roots for more than a few months before trekking off to some distant land promising the faintest whiff of health care after a 200-day probation period and weekly drug testing. The twenty-and-thirty-somethings of America are now forced to hop around a figurative Monopoly board for all eternity, playing a fruitless game where every space is Baltic 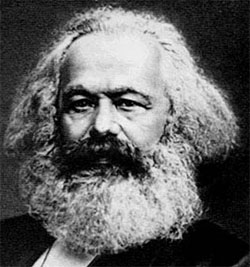 "The things you own totally own." - Chuck Paladuck, Fight ClumbAvenue and the banker flagrantly cheats and occasionally tries to kick you with that little shoe.

As a member of this awesome generation, I have moved twice this year, and am preparing to move yet again after what can only be called a freak employment accident. You'd think that after moving so many times I'd be comfortable -- but no. I am terrified. Terrified of adapting to a new place, terrified of tracking down a good local beer, terrified at the thought of possibly finding a centipede in my new apartment. But instead of letting the talons of agony rip into my brain and transform me into a quivering mess, I've decided to turn this terror inside-out by creating a comedy humor article for funny purposes that will help you -- and myself -- prepare for the unbelievable pain in the ass that is moving. And it only took 400 words to get this far.