This Costco Membership Could Really Turn Our Family Around 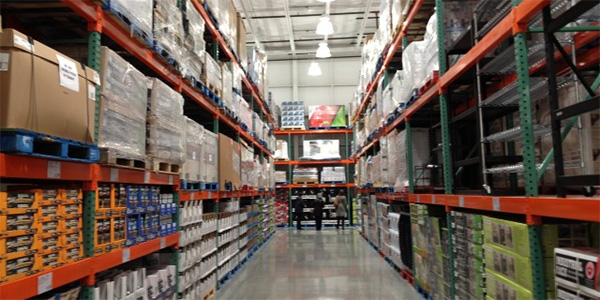 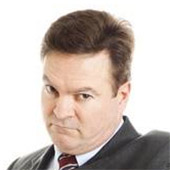 Your DadWe can all agree this family has been through a lot lately. Now, we don't have to name names or relitigate past events. If we made it through the "secret family" incident of October--again, we're not playing the blame game here--we can make it through anything. Especially since I've agreed to only see Sharon and the secret children twice a month. It's a fresh start for our family, and I just got something that'll make this start even fresher. This Costco membership could really turn our family around.

"How did I get it," you should be asking yourself? Well, that's a story for another day. Let's just say your old man knows how to be crafty--much like when he said he was visiting "a very sick sister" on every consecutive weekend for four years, as well as all of your birthdays. But let me tell you, this card is a first-class seat on the jumbo jet we call "grocery shopping." I've seen sights that would sound like tall tales to your ignorant brains, rendered dull by a lifetime of shopping at grocery stores that don't require special access. I didn't even know an "olive bar" was a thing that existed, but 300 dollars later, I regret nothing. You have the right to slap me in the face if you ever see me fishing olives out of a jar or can again like some common idiot.

And the sheer quantities on display! It's hard enough for one guy to bring home enough groceries in a single trip for one family, let alone one family and another, secret one. Did you know you can buy up to 5000 rolls of toilet paper in one package? Well, you can, and I'll tell you the cost of renting a trailer is negligible at best. You kids will now have to share a room thanks to the sheer amount of space it'll take up, but over the next decade we'll be saving almost 36 cents per roll! That extra cash will definitely come in handy if I have to go on another mysterious business trip my company won't pay for or acknowledge. I wish there was a way around this, but as I've told you all several dozen times in family court, the slacks industry is extremely secretive and competitive, and sometimes we can't leave behind a paper trail.

This all may sound fantastical, but I popped into our local grocery store after the Costco visit, and the shock nearly sent me running back to the three-gallon drum of pickles sitting on my passenger's seat. Frankly, I don't know if I can trust a store where you can't see the rafters. And I couldn't help but feel a panic attack coming on in those cramped, claustrophobic aisles. What were they--three shopping carts wide at best? How's a guy supposed to get his shopping done efficiently when you've got your store set up like a series of gerbil tubes? Another thing: don't even get me started on the clientele. The beaming, middle-class customers of Costco were replaced by a single, hunched crone reaching out for a box of Mucinex with a hand that looked like a collection of gnarled tree roots. Of course you understand why I could only scream and bolt for the door when she asked me for help.

Yessir, if this family continues to not mention past incidents--a strategy I feel has worked so far--Costco could give us all a new lease on life. After all, nothing brings a family together like time around the table, and just one trip has given us enough food for several hundred dinners. And that'll all start next week, since I have to get this pallet of hot dogs over to my other, even more estranged sister I can't believe I didn't tell you about before now. And, just like with the other members of my family you've never met, she's also a bit quirky with her "no phone, no Internet, and no social security number" thing. But hey, it takes all kinds. Oh, and before I go, I want you kids to promise me you'll unload that toilet paper by lifting with your legs and not your back. Daddy's only telling you this because he cares.