Why Is Brooklyn Barbeque Taking Over the World? 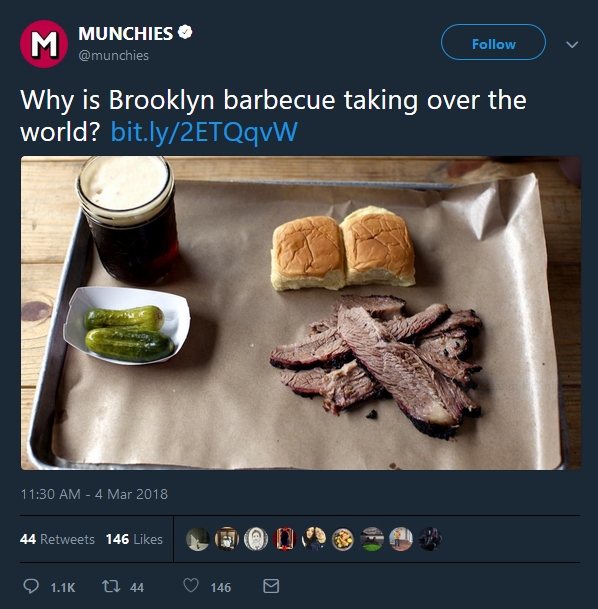 Are two squashed cafeteria rolls and a forlorn clump of grey meatfat biscotti really taking over the world? No, probably not. I don't think they could muster the energy to take over that yard-long ream of butcher paper.

The replies were justifiably unkind. Succumbing to the immense pressure of an internet dogpile, MUNCHIES (?) re-ran this tweet with a different image to better demonstrate their assertion that Brooklyn bbq is definitely taking over the world: 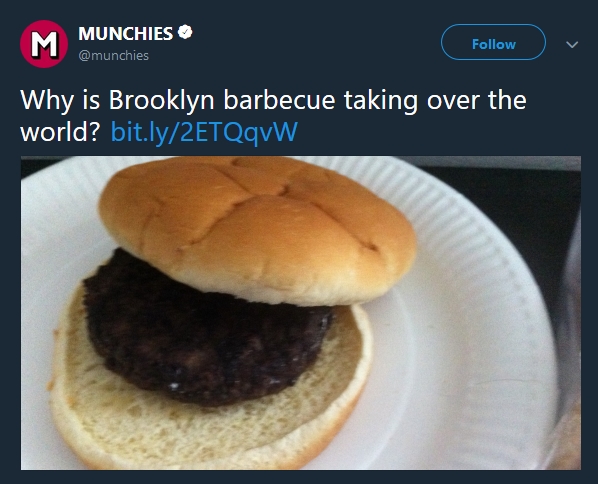 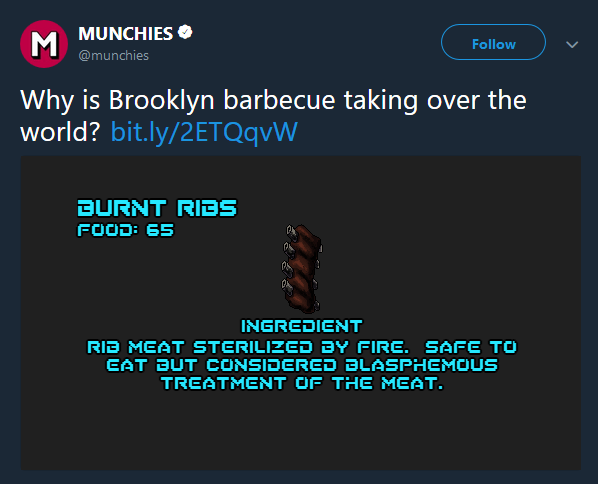 Realizing they were fighting a losing battle, Vice media's MUNCHIES changed tactics by pretending to move on as though the entire incident hadn't happened. On to the next story. 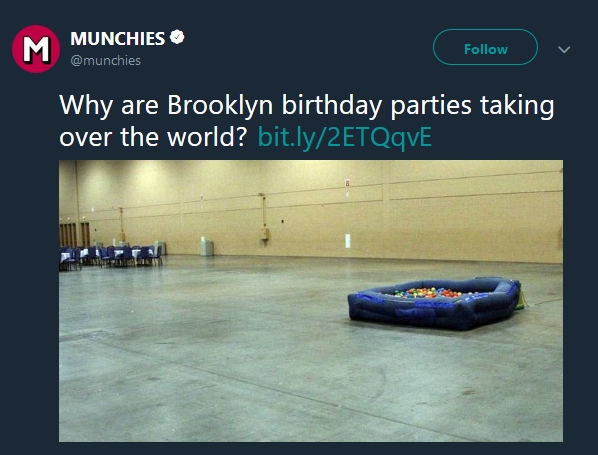 Incredibly, the ridicule continued. Once again they pulled the original tweet and used a better image: 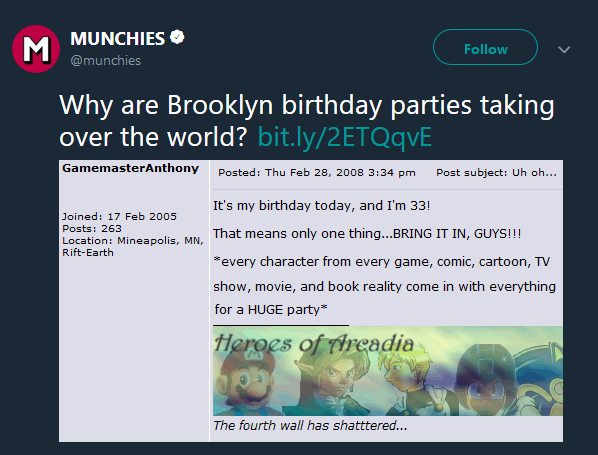 The Twitter abuse continued. Now on the ropes, Vice Corporation Presents MUNCHIES made a desperate move. Over the next few hours they attempted to bury the BBQ and birthday party stories beneath an avalanche of new features. 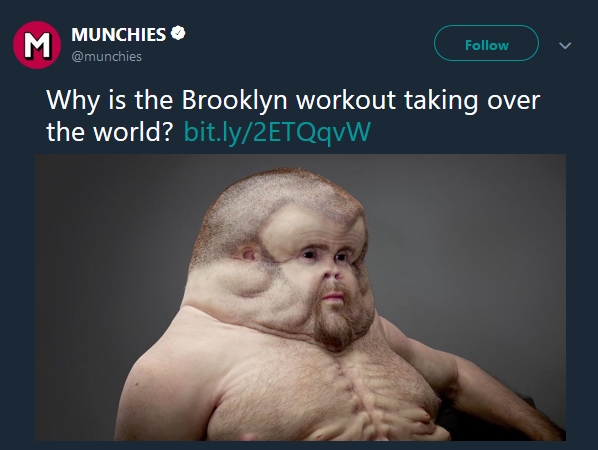 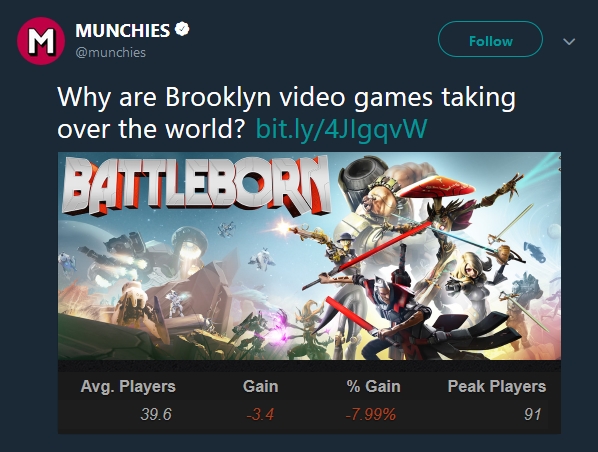 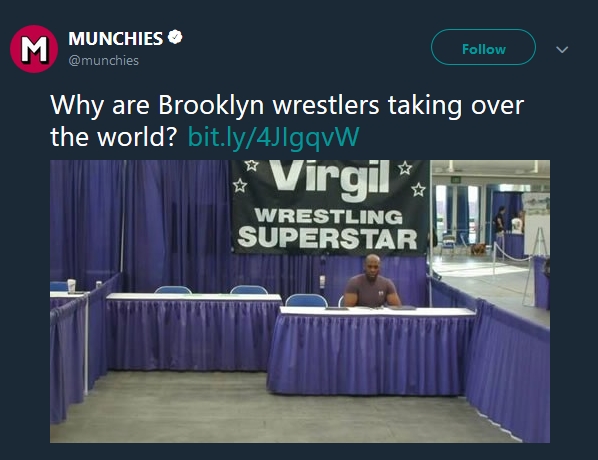 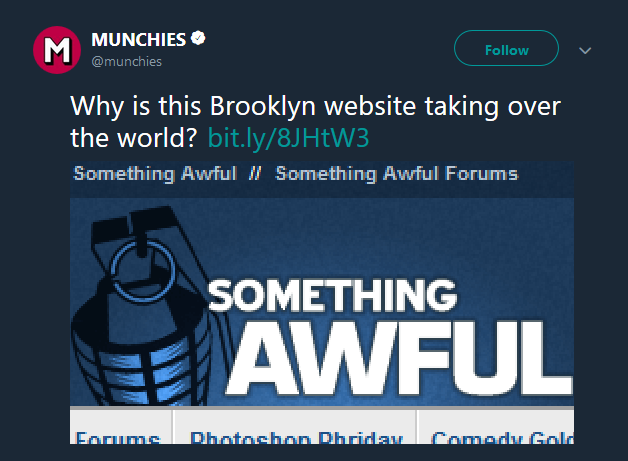