How to prepare for the grueling democratic primary 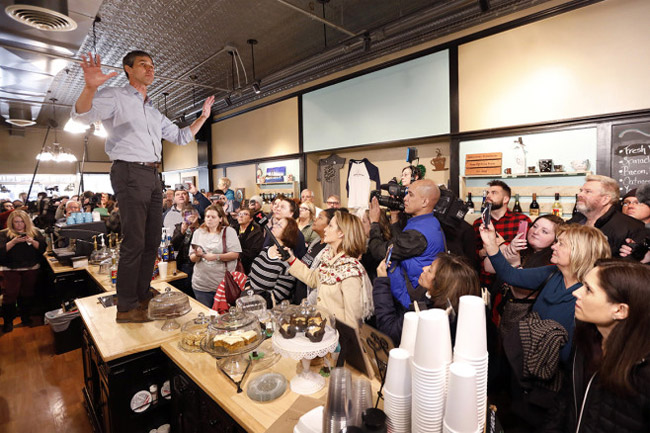 Boss monster Amy Klobuchar - who once ate a salad with a comb because one of her terrible staff members, Karen, forgot the fork so it is Karen's fault that she is now eating this salad with her comb I hope you are happy with the job you are doing, Karen - is going to be spending her short stint in the primary saying "ha ha ha" as people mock her catalog of staff sadism. Along the way there will be some attempts to turn the sadism into a strength and some op-eds about sexism even though nobody is claiming Kamala Harris or Elizabeth Warren threw staplers at their staff members. But most of the time Senator Klobuchar will be laughing. Ha ha ha.

Everyone loves Uncle Joe right up until they have to spend any time with him. He was a terrible candidate in 2008, basically known for a couple of quips during debates. Nobody wanted him then and democrats have moved even farther away from his sort of "we can all work together to put more black people in prison" politics he has advocated throughout his career. He's creepy, he's old, he has no good ideas, and he's only popular because of the sheen of legitimacy left by being Obama's VP. His campaign will be embarrassing.

Accept the fact this primary is haunted

Hillary has become the embodiment of that skin-scrawling sensation of being watched by an unseen force. She is Not RunningTM, but she cannot leave this earthly plane until she has her revenge on Bernies and all the other lefties who wronged her. She is going to be there, haunting us all, popping out of doors unexpectedly to scare the crap out of us with her spooky sounds. Her horrible campaign goblins will be there too, jeering at us from podcasts and think tanks and the staffs of all the bad candidates.

Speaking of being haunted...

There was a test NASA conducted on human extreme endurance where they put an astronaut in a 400 degree room to see how long he could stand the heat. Their most successful test had an astronaut endure almost six minutes of the heat before he reached the point of collapse. I contend that not even Buzz Aldrin could make it more than four points into this ten point list from LMM about things you need to do to help Hillary Clinton win in 2016. Judging by the outcome of that election nobody else made it much past "Tim Kaine in the membrane" either. But that doesn't mean you can't toughen up. Force yourself to watch again and again because there are going to be so goddamn many bad Youtube songs this cycle.

Dehumanize yourself and face to Beto

Poochie has returned from his home planet to ride his skateboard and his father-in-law's billion dollars of secret PAC money into the White House. You may think he is a collection of vague statements said enthusiastically and unappealing centrist democratic policies dressed up in shirt sleeves, but a bunch of liberal mom and dad Obama voters are going to pod save their way to voting for him. Plus his father-in-law has a billion dollars he can pump into a secret PAC for Beto. There's a good chance the #neverbernie people will pick him because Biden is too old.