On April 28, 2015, the President of the United States of America eliminated all doubt and made his views known on the subject of anime and manga. During a visit to the USA by Japanese Prime Minister Shinzo Abe, Barack Obama stood beside the prime minister and offered his and Michelle's thanks for Japanese culture. These thanks included "anime and manga."
How can President Obama continue to consider Japan our ally - to thank them, no less - when not even Star Wars can overcome that island nation's insatiable lust for screeching cartoons? What sort of sick monsters think that way? I'll tell you, it's pantsu-loving degenerates like Shinzo Abe and the rest of the Japanese. Obama's inaction on anime and manga security has allowed our nation to become overrun by doujins, our children turned into weeaboos, and a steady stream of higher and higher quality subs to appear on our shores. This election is about more than who we want to have a beer with, it's about who we want to protect our future from anime and manga. 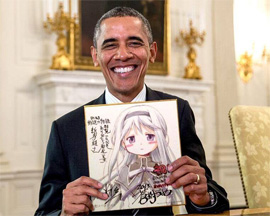 I'm sure some of you are saying that anime and manga are just cartoons and comic books. They're just another cultural export like Hollywood movies or K-pop. Think again. This year the Japanese government had its largest-ever defense budget and made changes to the Japanese constitution that could potentially allow the Japanese military to be used offensively. Translation: it is only a matter of time before the Japanese could force you to watch anime and read manga.
The good news is that Obama is a lame duck. With the Otaku-in-chief leaving office soon, we deserve to know the stance of our presidential candidates on manga and anime. Now, let's be honest here, nobody cares if Martin O'Malley has a Crunchyroll account and everyone already assumes Ted Cruz loves hentai. Bernie Sanders doesn't have time for anything that isn't directly related to economic issues. That leaves Hillary Clinton and Donald J. Trump as the only possible defenders of our shores.
What are Hillary Clinton's views on anime and manga?
If that doesn't answer your question, then check out Hillary Clinton's own campaign website, which lists "7 things Hillary Clinton has in common with your abuela." Take a careful note of the URL for the article, which references "8 ways." Looking over the list I see no mention of, "hates anime and manga just like your abuela," which means this item was struck from the list before the article was published. Another classic Clinton cover up hides the truth about her views on manga. Can we trust the woman who couldn't even stop an attack on Benghazi to protect us from Attack on Titan? We don't stand a chance with her in office.
Luckily, there is another...
What are Donald J. Trump's views on anime and manga?

He has never mentioned Akira, which is a sure sign he doesn't like anime, but what about Trump's views on manga? Things get a little more complicated. We know Trump's two favorite books.
#2 Art of the Deal
#1 THE BIBLE! The Bible. He loves the Bible. Great book.
Case closed, right? Think again: 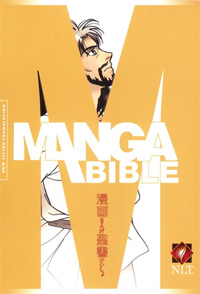 I have not heard back from him yet. I ask you all to join me in demanding Trump and Clinton go on the record and clarify their positions on anime and manga. Whether on Twitter or during a debate, these two candidates must voice their position or we cannot trust them with out votes. America cannot have another leader who thanks Japan.