A SomethingAwful Guide to Having an Awesome Break-Up

Most people, at some point in their lives, go through a break-up. It's one of those unavoidable things in life, like death or going through a break-up. When a relationship ends, there's not a lot of choice for either party involved. They both just have to ride it out and hope for the best.

Or they could turn those frowns upside down into strange looking, vaguely hopeful grimaces, and use our guide to make their break-up a really awesome one! We take you through every step of the process, and assume no previous knowledge or experience. So, if you're ready, insert tab A into Slot C and let's get started.

Girls can be hard to find because they are masters of stealth and espionage. Sometimes when you think you are alone, you aren't alone, because a girl is there hiding. Check under your bed for girls and in your attic. And remember to always look up because girls sometimes do that thing where they climb up between two walls and hang on the ceiling so you can't see them, but if you look up you can.

Once you have found a girl, you can ask her out and then move on to step 2. If she says no, keep asking her over and over and eventually she'll say yes. That's been shown by science.

Step 2: Have a relationship with her. 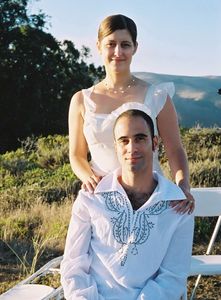 This involves being in the same room as her, and kissing her, and listening to what her wedding dress is going to look like, and also sometimes uncomfortable descriptions of what your kids will look like, and also not looking grossed out when there's gross medical stuff going on, and also maybe love.

Note: This step has to last at least one (1) hour or it doesn't count as a break-up, only a take-back.

Step 3: Start arguing with her.

This step is the easiest part because after a given length of time it will mostly involve opening your mouth and making any sort of sound with it. If for some reason you're having trouble with this step, here are some possible argument starters to help you along:

Now that you've reached the adavanced level of arguing, you can move on past surface levels and get down to what really annoys you about each other.

For instance, things that annoy you about her:

Things that annoy her about you: