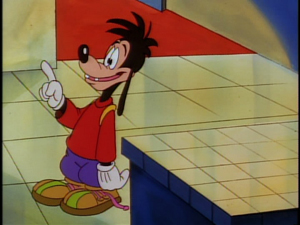 Today I managed to tackle a sticky issue: where was the mother? G was obviously a man with a voracious sexual appetite; his stacks upon stacks of discarded pornography were proof of this. When he was busy with private activities related to his collection, I took a chance and gingerly broached the subject to his son. I spoke with M while the muffled, excited screams of his father echoed from upstairs.

M was busy adding another layer of glue to the surface of the kitchen table. "M," I said, "Where is your mommy?" He drew back from me and curled into the fetal position. "We don't talk about mommy. And we don't talk about the basement. That's where basement mommy lived." I was taken aback by M's active imagination. "Basement mommy?" M uncurled and ran over to me, throwing a hand over my mouth. "We don't talk about basement mommy!" M lifted his shirt and showed me a series of identical bruises on his torso. I became concerned and walked over to one of the doors in the kitchen. "M, does this go to the basement?" M began to hyperventilate while I opened the door. When I noticed that the stairwell had been boarded up, I turned around and saw G completely naked, covered in sweat and brandishing the leg of a piano bench. He looked at the basement door, looked at me, and then walked backwards out of the room.

I made a note to check into this if I had time. 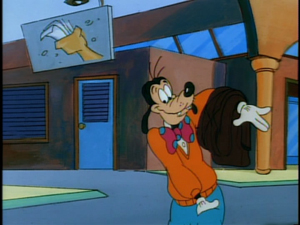 Today I decided to take G and M to the shopping mall as a reward for good behavior. This morning, G did not greet me at the door by slapping me in the face and laughing (this was becoming standard behavior), mostly because his hands were down the front of his pants. But he was wearing pants, so I took that as a sign of self-control.

We entered the mall and the two were stunned by the busyness of the outside world. "You know the shirts that people like me wear every day? This is where they come from!" G looked at my shirt and pawed at it with glee. I decided that, as an experiment, I would give G five dollars and allow him to buy an item of his choice. Doing so would give him a grasp of economics needed to raise a son in this modern world. I handed G a five-dollar bill and he skipped off giggling, taking time to fall in the mall fountain and cry in it.

I had just bought M his first set of professional toothbrushes when G came back, screaming giddily. He was wearing five windbreakers and a dozen hats, most of which were not on his head. The five dollar bill was still tightly held in his hand. Obviously, the fine people at Lady Foot Locker were won over by G's charm and decided to give him the charity that he deserves. But G's adventures were not over. He spotted an frozen treat stand in the food court and said, "Stay here for a minute whilst I go and get some ice creams." He sounded more retarded than usual, but I wasn't concerned because his mood had improved greatly.

M and I stood patiently until we heard a loud noise. We rushed over to the food court and saw that G had knocked over the stand and was going through cartons of ice cream with his bare hands. He shoveled it into his mouth and sprayed it into the air. This got me thinking: how can I channel his love of ice cream into something more productive, like parenting?

We collected G and left before a police report could ruin my train of thought.