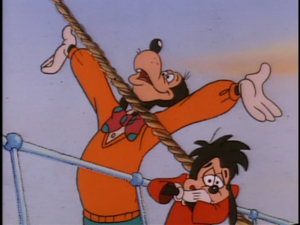 G was not at the house today. I asked his son where he went, and he told me, "Muh dad's at thuh docks. He sees his friends there every Thursday." It was Friday, but I figured the retard factor into the equation and everything started to make sense. I grabbed M, and after a quick trip to the zoo (I promised him earlier), we were at the docks, frantically looking for his father.

I spotted three shadowy figures at the end of a pier: G and his two friends. One was pantsless and wearing part of a sailor suit, while the other was shirtless and wearing a pair of red overalls. They were talking to G and weeping. Surprisingly, G was the most-dressed out of the group despite only wearing a bathrobe with his penis fully exposed. I approached the group and the man wearing half of a sailor suit threw a broken bottle at me and screamed something which the shirtless man translated. "Fuck you! How can you take away our friend? Don't you know we're all he's got?" I assumed that they worked together at some point. While I was arguing with the shirtless man, the one in the sailor suit tried giving G a handful of pills. I smacked them right out of his hand. "Pills? Can't you see he's mentally ill?!" The pantsless man pulled out a butterfly knife and started swinging it around wildly. His shirtless friend with the high-pitched voice grabbed my arm and said, "We need to get the fuck out of here. Bastard's so messed up he doesn't even know what color the sky is."

I won't bore you with the details of how the Coast Guard helped us escape. One thing is important here: G was out and making friends! 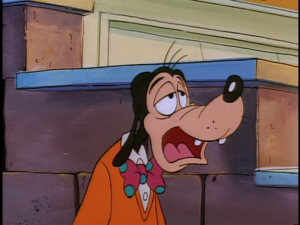 My experiences with G and M ended with unexpected tragedy. Before I left for G's house on the final day of my assignment, the Commissioner of Mental Health told me that G was a danger to himself, others, and neighborhood property values, so he would have to be detained. Instead of bringing the traditional congratulatory cupcake to G, I was forced to bring the cupcake full of horse tranquilizers: a standard sedative in this industry. History has proven the strength of the cornered retard can be fatal, and we don't take any chances.

As my eyes met with G's for one last time, I couldn't help but feel empathy for a beast far too gentle and simple for this world. When he grabbed my cupcake and shoved me down his front steps, I felt like all of the progress we had made was shattered there on the pavement, just like my hip bone. I could barely watch G frantically try to fight his way out of the bottomless k-hole he was falling into as M clawed at his father's face screaming, "Papa! Papa!" And when the orderlies lassoed and tasered the two, I was blinded by tears. The tears of my failure. I didn't linger at the scene for too long. I took a few moments to soak up the memories, then quickly left when I realized that G's neighbors were setting his house on fire. 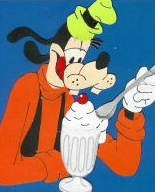 Fortunately, this story has a happy ending. G was chemically castrated and hired to pull heavy plows by a local farm. Finally, he's out in the real world with a real job! M was adopted by a foster home run by strict Christians, where he continues to live in silence to this very day. As for me, I sold the rights to G and M's story to a bigshot Hollywood producer, who gave me three million dollars. I quit the social work game, though it wasn't a big deal since my license was suspended in 1987 and no one really knew about that.

But I will never forget what G taught me. That man sure loved his ice cream.