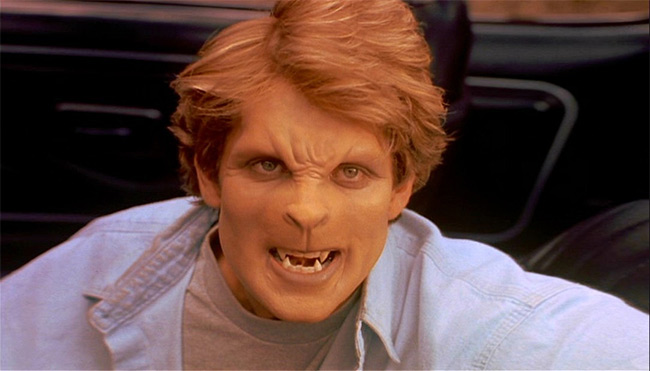 When I saw everyone talking about connecting with "Cat Person," a story in the New Yorker, I became very excited. "Finally," I thought, "the world is going to get some insight into what it is like to be a human-cat hybrid." Well, I read the story, and it gets about 90% of the facts wrong. First of all, we do not text with people. We have half paw hands that makes texting impossible.

Second, I did a control+f of the story (with the assistance of my helper who operates my keyboard) and there was no mention of skinwalkers, lycanthropic curses, or genetic labs. The word "shifted" was used in the story, but not to describe the agonizing transition from small feline cat to adult human size.

It turns out this so-called "Cat Person" story was another story for white feminist women to feel bad about men. Well, guess what sister? I feel bad about men too. Because they created me in their lab before I killed several of them and escaped. I don't know why they made me. I'm not one of the fun cat people that lives forever and turns into a cat. No, I'm what is known as a chimera, because I share genetic traits with cats. I have a half-feline and half-human face, these half-paw hands, whiskers, cat eyes, but not cat ears.

Do you think cats like me? Nope. They yowl. Something I can't do, but I can sort of talk.

Do you think men like me? That's an even harder nope. They chase me in helicopters and use stun rods on me. So cry me a freakin' river about being called a "whore" in an angry text. I get called a "monster" by half the people I meet. And I would kill to go out on a date with someone who wasn't planning to try to make me get in a cage or an MRI machine to analyze my cat bones or something.

Kristen Roupenian, the author of "Cat Person," fundamentally misunderstands my plight. She thinks it's ordering Red Vines and having a terrible kiss when actually it's angering all the dogs within a mile whenever I urinate and being lucky if I eat a bird for dinner. And I don't mean a chicken, I mean a bird. One of the bad ones. Kristen, have you ever caught and eaten a barn swallow? No is the answer, you don't have to actually tell me because it comes through in your writing.

Also, Cat Person? Really? We prefer the term "Person of Cat." Only the cursed cat people use that term and that's because they're immortal and don't adapt linguistically like a short-lived human.

Kristen, Let me know when you care about the struggles I face, Kristen. Until then, you're just another human thinking we can put a whole fish in our mouths tail first and pull out a skeleton attached to a head.