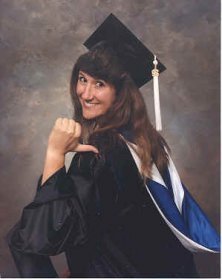 It's time to shape up or ship thataway!I am writing to you today out of grave concern for your college. Your learning establishment lacks a student that has both enough pizazz to make a cheerleader's head spin around/go nuts/explode and enough smarts to make a Scantron machine take its own life upon realizing it will never grade another perfect student ever again. It hasn't ever been graced by a great guy who already has an actual metal statue in his honor (aluminum foil-- still counts), and hasn't ever stopped a ceremony midway to allow said great guy to wail on his uke' for 45 minutes. Frankly put, Sir or Madam, your college has no idea what it means to live.

Once, during a volleyball game (co-ed) a pigeon flew directly into my fist as I was spiking the ball. I caught it and threw it back in the direction from which it came, while still nailing a guy in the face with the volleyball with my non-dominant hand. The bird flew 20 or 30 feet then landed sloppily because it was hurt or whatever. I ran over and put it in an empty cooler until the game was over. My dad put it in the back of our truck but forgot to close the tailgate and we lost it somewhere on the interstate. For this I earned the nickname ROADHAWK, which I still hold to this day.

When I was fourteen I got in trouble at Spencer Gifts for trying to steal an enormous mug that says "40! OVER THE HILL... AND UNDER THE BUTT!" which makes a fart noise when you lift it thanks to the built-in speaker. I would've gotten away with it but I winked at myself in the mirror while I was being questioned at the mall security office and it turns out it was a one-way mirror. I learned sooner than most about morality and philosophy. (Is it okay to steal things nobody else wants? Why? Just because that lady says so? Who is she? I don't recognize her authority.)

And hey, no offense or anything, but I can destroy anyone there at sports-- softball or baseball especially. I bat left and throw right and have experience at shotput which explains my unusual throwing style. I can stun a man with a thrown baseball-- often other men. I coached a youth baseball team, in fact, and we made it to the championship game. In the eighth inning I faked a diabetic coma to get out of there, it was looking pretty bad and I don't carry any pizza money for losers.

I've scored grades on tests that would put men to shame. I've turned the table on the learning establishment twice. You might be asking if the side of the table that was originally facing me is doing so again because of the two turns, and the answer is yes, but what you didn't bank on is the fact that I installed a leaf into the table. Try thinking fourth-dimensionally next time, maybe.

Thanks for considering my application. I look forward to hearing from you.