My Pitches For The Pitchmen

Billy Mays is essentially William Shatner: The Next Generation. That probably says something about our generation, but it's best not to think about it.

The man's personality is somewhere between blowhard and jackass, toeing the line between the two as skillfully as the hand that grooms his immaculate beard. Mays has come to understand how ridiculous people think he is, and is capitalizing on it by becoming a self-parody. I'm not even sure that he has a sense of humor about the whole thing. I assume he's just working on some deep primordial instinct, shifting into whatever form will get the best results just as a shark transforms into a crab so it can eat itself.

In Pitchmen (presented by the Discovery Channel in the next logical step after bringing us Planet Earth), Mays and Anthony Sullivan pretend to drive each other insane while looking for inventions to feature in their infomercials. It's not a very good show. Pitchmen is ridiculous, contrived, overly scripted, and I want in on it.

You may think of me as a comedic genius, but my brainial interests extend far beyond the realm of humor. I have notebooks full of poems, horror stories, notebook paper, and incredible inventions that I plan on submitting to Pitchmen for their consideration.

I'm not sure how well the poems and notebook paper will do, but I'm fairly confident that they will like these product ideas and also my horror stories. I've got one about the ghost of a chainsaw that will scare your pants off. 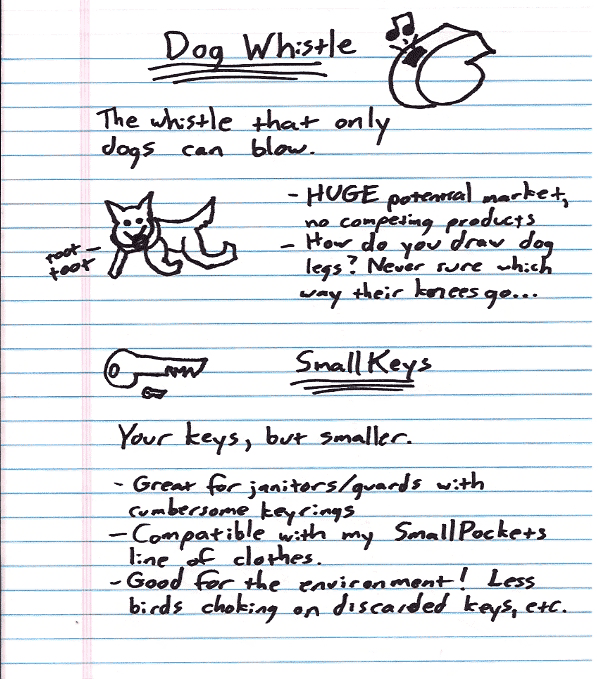 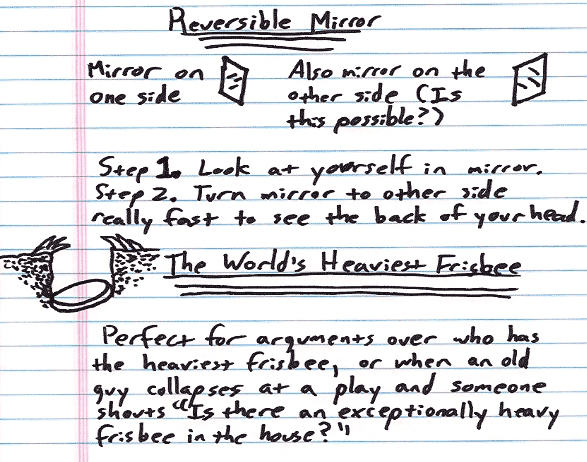 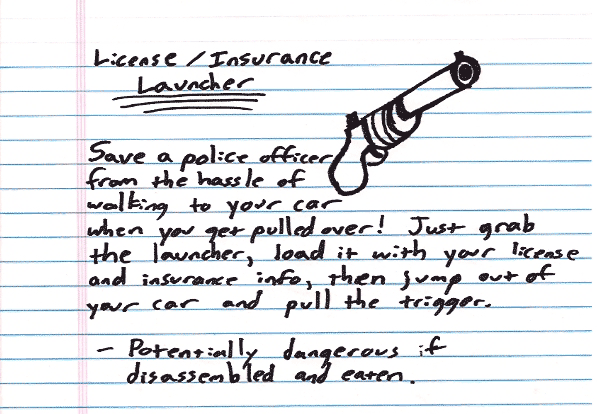