I took three article ideas that wouldn't work on their own and combined them into a multi-layered, inedible mess. It's the American way!

k everybody.... dirty dan's got some big opinons so you'd best back the F*** off and listen! first off, four stars??? hah, maybe i'd give the carson street dumpster four stars in 1998. but that was when times were different and this dumpster was worth picking thru (ah the good ol days of President Bubba!). now that the assisted living center across the street shut down, you're not going to find any more treasures in this bad boy. i remember pulling a brand new WEBTV set right outta this heap in '99 and it still works to this day! (dirty dan don't believe in computers) i'm afraid i'm off to greener pastures so if you see me cruisin down carson street in my pickup youd best get outaa the way.

me and my friend cyprus went dumpster diving on carson street last week and I found this awesome afghan blanket! ima make it into a dress for my band's next show. i play the banjo and cyprus remixes samples from an old flintstones phone. i'd love it if we could get some peeps from the ds community there! 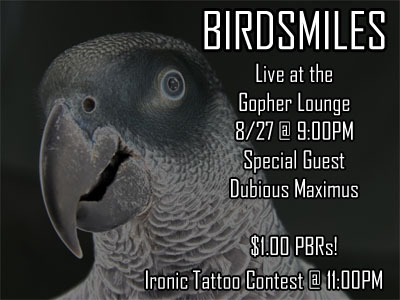 Again I am torn from the pages of my Douglas Adams novel to respond to more ignorance. *le sigh* My fault for caring so much about the integrity of the DumpsterSpace comments section, I guess.

Oh, and Daniel; it's "faggot." Best learn how to spell our slurs if we're going to toss them around so causally, eh wot?

Anyhow, the dumpster on Carson Street is well worth its four star rating; I'd even wager that this particular receptacle might be worth five stars. I visited said dumpster last Tuesday, and after tearing open a few bags with my multi-tool (don't leave home without it), I was shocked to find three VHS tapes of Macross Plus in perfect condition! What fool threw such a treasure out, I'll never know.

Oh, and Macross Plus is Japanimation--you might want to look into that someday. But be warned: it requires some degree of literacy.