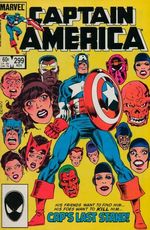 When Captain America decorates his room with yellow wallpaper spotted with crude caricatures of disembodied heads, the Avengers respond with revulsion. Who will win this battle of the wills?


Iron Man: I'm just saying, have some consideration for the people you live with.
Captain America: This is my room! You guys got on my case when I had the fire sprinkler installed and now you're bugging me about this. Get off my case already!
Hawkeye: That was just a lawn sprinkler! And you left it on nonstop for a week!
Captain America: And as I recall, the house didn't burn down that week. Not even once. 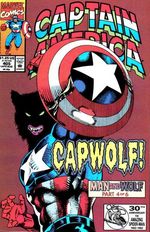 Captain America shows up to a Halloween party dressed in a werewolf mask, hoping to impress the object of his affections with his originality. Instead, he is met with a cold shoulder of doom. Can our hero survive the night of a thousand frights? 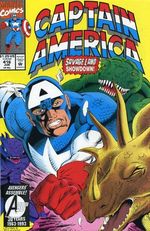 "Captain America Vs. The Museum Of Natural History"

Twenty four pages of pure action as Captain America gives the Museum Of Natural History the beating of a lifetime! You've never read an issue as pulse-pounding as this!


Captain America: I... (kicks a T-Rex display over) HATE... (throws his shield through the bones of a giant sloth) HISTORY! (brings both fists down on the head of a blue whale model) 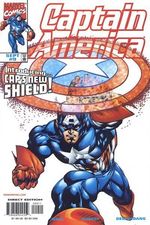 Captain America's new talking shield is way better than his old non-talking one, but something doesn't seem quite right. Can he really trust this shield with his life or is it already too late?


Shieldy: You should just wear sweatpants and a baggy Looney Tunes shirt like, all the time.
Captain America: I dunno, really? You think I should?
Shieldy: Yeah. Yeah, I do. Hey, have you ever thought about quitting this superhero thing and becoming a telemarketer? It's waaay less risky. 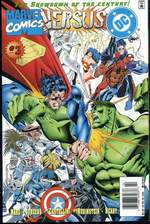 As the DC and Marvel universes square off in a desperate battle for survival, Captain America is traded to the Chicago Bulls for a third round draft pick. Feeling worthless and betrayed by the Marvel universe, will Cap give in to his despair and refuse to play or will he give the team his all? 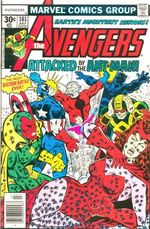 "Attacked By The Ant-Man"

When Captain America leaves his dirty dishes laying around the Avengers complex, unexpected guests arrive: hundreds of thousands of ants! Will the rest of the team finally confront him about his slovenly ways? Do the Avengers have enough beds to accommodate their guests?