The Complete and True Confessions of Senator Henderson 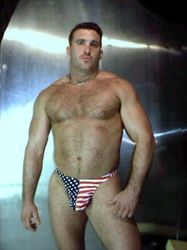 The last known photo of the Senator.

I am sure you have all heard about recent scandals that have appeared within the hallowed halls of the United States Senate. I assume these are on the front of all the usual papers. I find these scandals deplorable, even more so when a certain Senator Blackridge made [url='http://www.somethingawful.com/index.php?a=3690']several accusations as to my character and actions in a recent statement[/url] which I have only now been given a chance to read. I would like to take this opportunity to respond to that statement with my own accounting of what did and did not take place.

Yes I did sometimes wander the Senate halls in a short, bloodstained dress making edgy, metaphorical statements before switching to that one useless guy to open locked doors then blindfolding myself and running around my office very quickly. But this was not, as Senator Blackridge might insinuate, due to mental instability.

It was just because I was really really fucked up on a number of drugs.

She was just a small-town girl living in a lonely world. She took the midnight train going aaaa-ny-wheeeeere.

"Aaaa-ny-wheeeeere" turned out to be a suburb near Washington DC where I found her in a convenient position to be a scapegoat for a series of embezzlements performed by myself and Mr. Blackridge. Needless to say, even though she tried her best to hold on to that feeeeleh-iehing, by the end of a series of appeals and a court process intentionally drawn out by certain groups I represent, she had long since stopped believin'.

I also "took care" of that city boy born and raised in South Detroit.

I guess he had some previous ties to the small-town girl and was starting to ask too many questions.

During a campaign, I did a ROM-hack of Super Mario Bros 3 where I was Mario and all the bad guys were my opponent and whenever you jumped on an enemy’s head it played my campaign theme song.

This was completely awesome if I do say so myself. At the end of every level instead of getting a card there’d be a ballot box with two pictures of my face and then one picture of my opponent's face and if you chose anything but my face you lost the game and it played a piercing beep at max volume for ten minutes. I also replaced Bowser with Ganon, just because, you know?

I did not take part in an illegal organ harvesting and trading operation.

Tearing the still beating hearts out of the chests of innocent men and women like that one guy in Mortal Kombat only to turn around and sell them to the rich is simply out of the question for a man of my high moral fiber.

Besides, where would I find a market for all those hearts they claim to have found in my private residence? What was I going to do, eat them all?

I do not have the words "Anarchy Burger, Hold The Government" tatooed on my left ass cheek.

Not only do I love America too much to get such filth branded on my backside, but I love burgers too much. Yes, perhaps I would have "Anarchy Hotdog, Hold The Federal Relish" or "Anarchy Oatmeal, Hold The Welfare State Syrup", but I would never mix burgers and politics under any circumstances.

I admit to taking the following illegal actions in regards to my taxes.

When filling out form B-73 as to the question of the number of low-density property assets held in the state of Missouri, I gave a response of approximately 5 hectares in non-industrial area outside of federally funded cattle breeding territory when in fact 73% of said assets I’m gonna go ahead and admit to killing that one prostitute here to ease my conscience because honestly who is going to make it through this stuff as a response to an income report in 1973 that indicated my inheritance might have been as much as 30% more than reported.

I did not snort cocaine out of Abraham Lincoln's crotch at the Lincoln monument in front of a crowd of shocked tourists.

At the very least, I do not remember doing this. And there is the philosophical question of whether, if we do not remember an event, is it like it never really happened? I don't know if that sucker ever got conclusively answered but I’m sticking with it until I find out for sure.

Stephen King did not once offer to ghostwrite my auto-biography because he "had never seen such a horror show."

I've lived a perfectly normal life, and Mr. King can go stuff it. The same to Konami for their proposed, "Silent Hill 5: A Day at the Office with Senator Henderson."

I never once tea-bagged the president.

Alright, I did do this one, actually. But it was as part of a point I was making about the undue importance given by the government to certain foreign markets, and not just some juvenile prank.

While the secret service made a big deal about the fact that I "drugged the president" with an "almost lethal dose of sleeping medication" in order to even get a chance to place my balls on that forehead of foreheads, I maintain that the secret service needs to "lighten the fuck up" and "get off my back." And if they could drop the capital charges against me that would be fantastic.

I am glad to get all this out in public. At least, I hope this gets out to the public. I will give it to Senator Blackridge the next time he brings me food but he often doesn’t come down here for days at a time (I, of course, understand and sympathize for the Senator's busy schedule), so there is always the chance that I will die before this can be retrieved. If that is the case, I can only hope that they make a national holiday named after me. Or a state holiday. Either one would be totally sweet.