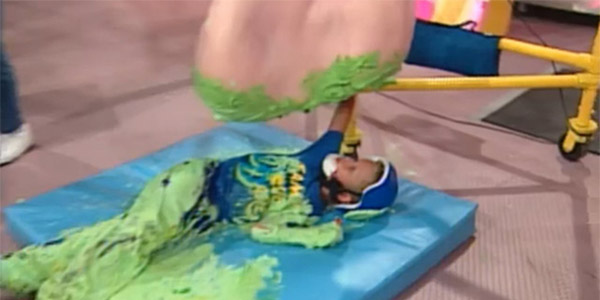 Unlike all the sad sacks I have to deal with throughout the day, I don't like to complain. How could I? I mean, I'm being paid millions to figure out effective and innovative ways of bringing people to the brink of death, then pulling them back just as they remember where all of the bombs are. Well, that's really a best-case-scenario, but I think we're going to get there soon. Knock on waterboard! That's a little joke we have in the waterboarding room--really helps lighten the place up when you've had enough panicked sobbing for one afternoon. You'd think some people would appreciate a lighthearted remark, but I guess everyone's a critic when they're being tortured.

Pleasantries aside, I must say this letter comes from a place of concern. Our recent hire, Ted, doesn't exactly fall in line with our mission statement, and with his constant interference, I fear Agony Innovations' brand can only weaken. And before you jump to any conclusions, my problems with Ted don't come from his complete lack of military experience. If you recall, I haven't served a day in the service, and received a CIA recruitment letter thanks to being one of the most dedicated Corpse Cleanup and Removal Technicians the California Highway Patrol had ever seen. Remember when that Lutheran Band Camp bus tipped over and exploded on the 405? They never thought we'd be able to scrape all of those charm bracelets out of the pavement, but I got down and dirty with my tools, and the next day, you'd never have guessed that stretch of road once looked like someone spilled a lasagna made of 43 teenagers down the middle lanes. (Got plenty of pictures on my phone if you ever want to see it.)

That said, I wasn't at all skeptical in regard to Ted's former career as a television executive. After all, we showed marathons of The Big Bang Theory to several detainees, and, due to all of the subsequent suicides, this technique proved a little too effective. If that was all Ted had dabbled in, I wouldn't have a problem. But his long history of developing Nickelodeon game shows has really warped his torture techniques to the point of ineffectuality. Just last Tuesday, there I sat, paging through my Big Book of Bugs to figure out which of those little guys would work best in the Bug Room--I'd nearly settled on the Samoan urethra-wriggler--and Ted comes up to me with an elaborate design in which prisoners are forced to dig through a giant prop nose to find their daily rations. Before I can throw out some suggestions to add severe cock and ball punishment to the equation, Ted comes up with his next crazy idea: If a detainee can make it to their rations in 30 seconds or less, he or she would win a mountain bike. 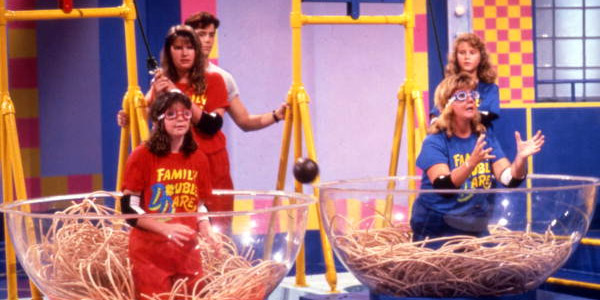 Now, call me crazy, but isn't torture supposed to destroy the psyche of the recipient? Seems like Ted's got the wrong idea. So there I am this past Thursday, reading one of the several books I own on Dr. Mengele, and just as I'm going over my many notes, Ted comes strolling up, asking if there's anything he can do. Well, it was around this time I thought he should start earning that $20 million salary. I handed him a picture and let him know the dirt: "See this scumbag? He has a mustache very similar to a possible terrorist who witnessed one of our accidental mosque bombings. See if you can figure out a way to keep him busy for the next twenty years." Well, Ted's off in a jiffy, and three hours later, just when I'm getting to the part about the skin lampshades, Ted bursts in, asking me if I'd escort him to our on-site daycare facility. When I get there, what do I see? He's coated the multiple playland slides with something he calls "slime," then begins showing me how detainees will have to travel up them and grab all the flags to win a trip to space camp. Space camp! I don't know if torture is more effective in a zero-g setting, but I really doubt we have much room in our $5.4 billion budget for such extravagances.

Mr. Brennan, I implore you: This Ted situation must be nipped in the bud before it gets out of control. Just the other day, I told him to get to Sub-Basement 32B and give those John Lennon conspiracy theorists a good hosing down, and when I get there, I find Ted turning our regular hypothermia sessions into yet another one of his insipid "physical challenges" where detainees had to throw balloons full of icy cold water into each other's humiliation diapers before time expired. I left the room in disgust before I could see the events play out in full, but if you see any charges from the Huffy corporation on this month's expense report, please note that it was all Ted's doing. Mr. Brennan, I'm an honest family man who wants nothing more than to make grown human beings urinate out of sheer terror, and this honorable goal finds itself constantly hampered by the whimsical antics of Ted. If he doesn't watch it, I'm going to invite him over for some real torture: Eating my mother-in-law's tuna noodle casserole! But, in all seriousness, I think we need to work over his cock and balls really hard.