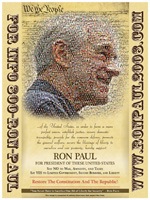 Since Lowtax doesn't actually pay me to write the Awful Link of the Day column, my only "reward" is receiving emails from the people that make Awful Links of the Day possible. Sure, I get a lot of feedback from the readers, which is fantastic in its own right, but they never manage to surpass the inventiveness & ingenuity of a legitimately crazy motherfucker who is offended that I made fun of his website. Normally, I keep these emails to myself, but on certain special occasions (such as being unable to come up with a funny article to cover for a writer who was hospitalized after being hit by a bus this weekend) I like to share these communications with you, the lowest serf of the Internet. Especially when its hate mail from someone who has cc'd his lawyer. This exciting piece of constructive criticism is from Randy Blain, webmaster and artist of an ALOD from three months ago.

Nice article you have on me. You are trying to accomplish what exactly? BTW.. thanks for the traffic to my site. Those images were done in a few weeks in my spare time. I guaran-fucking-tee you I cam kick any artist you know around the block and back. I also guarantee I can smoke your reprobate ass into the ground in a game of wordplay. I have killed more ttrolls like you on the RP forums and elsewhere that my trophy mantle s straining under the weight of all the abderitic simpletons who thought they had some ass to toss at me. You need a comments section under your blitherngs, but I suspect you are trepidant and cannot handle feedback. I also suspect yer another sell America down the tubes kind of jerk. Probably an Israel firster from my first pinpoint guess. Those clowns have no class and a myopically skewed tunnel vision that places their sorry assed opinion in the vapid world of self aggrandizing bullshit mongering.

BTW.. The NYT weekend magazine feed picked up the prints for their weekend feed for their print subscribers and subsidaries, so some baragrugous blowhard on a bibulous blltherfest on a circle jerk site where drooldonkeys post their much overestimated opinion is only of enough consequence to issue a short reply. Sites like yours make the internet stupid due to the vaccuous issuance of screeds and scrawlings that attempt to have some intellectual weight but are simply the droolings of a halfwit clown who labors under the illusion that they have something to say worthy of reading..
Feel free to exchange views if you can manage to get a head full of steam and got yer autoblther unit tuned to a higher frequency and telemetry readout fixed.
RP is a threat to entrenched zionist and banker powers. He has dynamite up all their sphincters and they are frightened and the sayanim are out in force. But we will boot them from the republican party and then go to work on the shills, commies, zionsta and dual loyalists in the democratic party.
I can do anything you can do and much better. You cannot get anywhere near what can do.. Till the day you die shortstop.

Thank you for the gratitude and high praise you've put into your hate mail; it's not very often the subject of my Awful Link of the Day appreciates the hard work I've put into lampooning their own hard work.

VOTE RON PAULI have taken the liberty of informing my favorite artists (the Baha Men) that you will not only beat the shit out of them, but you will record the beatdown on video just for associating with me and my lack of scruples. Looking back on your website, www.libertyeditions.com, it appears you have gained the fiscal common sense to include a rate sheet for such artistic services rendered. Do you normally charge the victims of your combat prowess for the filming and editing of this needless violence? $200 is an awful lot of money, and that's not even taking into consideration the production costs, such as Editing, CGI or Digital Stunt Doubles. We're in an economic recession, Randall, and I think it would please the Free Market if demand dictated your pricing structure. Here's an example: I am willing to pay you $100 for an original, signed oil painting of you, armed with a spear made of Freedom & wearing an Old Glory loincloth, curb stomping one of the Baha Men to death. You don't even have to kill a Baha Man to do this, but don't let me tell you how to be an artist.

Please do not kill me for antagonizing you on the Internet. I had no idea that an accomplished digital artist such as yourself engaged in bloodsport to protect the sacred of Dr. Ron Paul, future POTUS and savior of the Americas. Surely your brother, the lawyer you've included in this communique, can convince you that until the Constitution is restored to its former glory, taking away my favorite inalienable right (being alive) is quite illegal. I am, however, flattered that you deem me worthy of being fit for taxidermy - not even my own mother would have my lifeless corpse proudly on display in the den.

I will never, ever, toss ass at you again.

You seem to have a penchant for using improperly allocating ten dollar words, in hopes of better getting your point across. For example, "abderitic simpleton" is redundant. It's like calling Ron Paul supporters "stupid idiots" - totally unnecessary, even masked by obscure wordplay. If I was "trepidant", I wouldn't have written the article in the first place, nor would I be responding to this email in such a fashion. I think the word you were looking for was "insecure", because I am most certainly hurt by some of your more valid criticisms (being an Ass Tosser & American Tube Salesman). Here are some of the other big words you've used inappropriately, along with suggestions for replacements for future hate mail correspondence:

In addition to helping you with your clumsy, inexperienced attempts at the game of wordplay, I would like to stress that being published in the New York Times Weekend section hasn't been a publication worth bragging about ever since they brought on Carla Anne Robbins as the Deputy Editor in 2006. Hell, even our own Johnny "Docevil" Titanium has been doing in depth, provocative exposes on certain "Vlog" socialists in the Magazine for the better part of a year, and we at Something Awful are not proud of that at all. 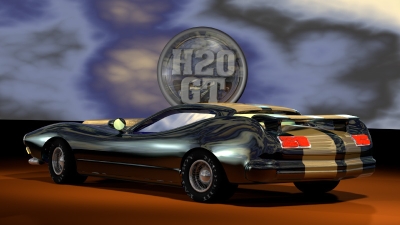 I'm very glad that you've taken some of your spare time away from drawing incredibly shitty digital illustrations of Rob Paul, to writing some incredibly shitty digital arguments about Ron Paul. As someone who is deeply entrenched within the ZOG - World Bank conspiracy, nothing delights me more than an ignorant son of a bitch who fails to understand how we now control absolutely every aspect of your meaningless, talentless lifestyle. We would never, ever allow Senator Ron Paul, a man who has performed countless abortions to teenage mothers in the the third term, to participate in a significant fashion to the Republican party. The gold standard is a hilarious libertarian pipe dream, especially after the Nazis stole all of our gold during World War II. You will never, ever experience true liberty during your lifetime, thanks to our efforts in ensuring the racist Ron Paul will never, ever become President.

In closing, I would just like to state that you, Randall Agatha Blain, will never, ever accomplish more than I have or will in my lifetime. I've had sex with countless women (more than 5, easily), I'm incredibly wealthy (I moonlight as a Jew Banker), I've been published in countless MMO publications around the world (my seminal Art of Warcraft series is now a Best Seller on Amazon and translated into 14 different languages) and four of my art installations will be on display at the 2008 Summer Olympics in Beijing. Please tell your lawyer, Jason Agatha Blain, that if you continue to slander my good works and name, that I will be forced to consult with the legal department of Something Awful, and seek financial reparations for the emotional damages you only think you have caused me.

At least I will have died doing what I love most: playing baseball and making fun of your stupid ass. That doesn't mean you get to kill me though.