Somebody in Los Angeles once told me that the worse the air pollution, the prettier the sunrise. Must be something terrible up there. Morning's torch has set fire to the eastern skies of Texas and, gazing across the sun-broke tarmac of Freer Air Base, I can't think of a golden morning more beautiful.

Big Quincy passes me a paper cup full of coffee. He's waiting with us on the tarmac, looking out to the east for the arrival of our VIP. Like us, Quincy was up most of the night going over the specifics of the prisoner exchange. Negotiations have been favorable to the Children, meaning they're meeting us in the town and taking us to their location. Quincy has provided maps of Corpus Christi, the location and layout of the Children's compound, and a full rundown on Jeremiah Childs to underline just how dangerous the Air Force thinks this kid is. Quincy made him out to be the next Charles Manson.

Quincy has given us our guns back and passed out radios so that we can communicate and feed intel back to the operations center at Freer. I had hoped he would give us something a little more substantial.

"If it gets rough," I said to him during our marathon briefing, "can you put anything in the air to help us out?"

"I'll have a drone on overwatch," said Quincy. "Unarmed." 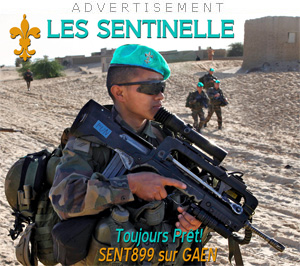 "Our only armed vehicles are unmanned retrofits. And I'm not authorized to deploy ordinance over an American city."

The coffee in my hand is steaming in the desert's lingering chill. It tastes like shit, but at least it's keeping my hand warm. Quincy points. The Buick is just barely visible, far beyond the dilapidated hangars, at the head of a distant wisp of dust. We watch its approach.

"Hayden isn't coming to see us off?"

Hayden bailing is not exactly the vote of confidence I wanted. Generals are always the canary in the coal mine for an operation's chances. If they're all lining up to take credit for your hard work, then either they're idiots or it's gonna be a cake walk. Or both. If every staff officer is walking away from you whistling, leaving somebody else to take the blame, then you know you're about to be neck-deep in the shit. This prisoner swap is liable to get us all killed.

The older I get, the more I hate working for flags.

The Buick finally arrives and Quincy's friend from the day before, Lieutenant Pendleton, steps out. I can see the mountain of Childs in the backseat, a blackout hood over his head, arms awkwardly cuffed behind his back. Pendleton tosses the car keys over.

"Your chariot awaits," says Quincy, gesturing to the Buick. "I would suggest leaving Childs cuffed and bagged for the duration, he's a snake, but it's up to you."

I whistle, bringing over Spinoza and Pike with the gear. They start loading it into the trunk. Vargas is there too.

Wouldn't let him have a weapon after the shit he pulled with Herrera, don't even want him here, but we're stuck together until we pull this off and cash out, or get cashed out trying.

We get loaded up and I take the wheel, Spinoza at shotgun with a literal shotgun, and Pike and Vargas with our VIP in the back. Childs dominates the space, forcing them up against the doors.

Quincy leans in the open door of the Buick as I slot the keys into the ignition and turn over the engine.

"If you get stopped, if you need to stop, don't talk to anyone. Don't say anything about Sondergaard or Childs. Not until you get to the meet-up. We want to keep this as quiet as possible."

"Take care of yourself, cowboy," he says and bangs the roof of the car. Despite the situation, I find myself liking Big Quincy. Of all the pukes flying desks and Buicks for the Air Force around here, he seems like he knows what he's doing.