I enjoy posting on the Internet. I do so anonymously, for fear that someone may one day find out who I am and force me to prove any of the ridiculous claims I put forth online.

I usually post while eating a bowl of hard-boiled eggs. When the egg supply has been exhausted I boil some more. Occasionally I will feel the need to make room for more eggs so I will evacuate my bowels while never letting up on my posting. "Let it fall where it may," my grandfather used to say. Occasionally I will defecate directly onto my keyboard, which has been specially designed to translate fecal matter into rants about comic books. 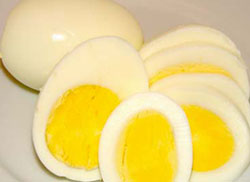 These eggs give me the strength I need to post about Star Wars non-stop!Trash pickup is on Thursday. Unable to move under my own strength, I have devised an intricate pulley system to lower the trash to the garbageman. I get most of it out of here. That same pulley system is used to deliver more fresh eggs. You can never have too many eggs when you're posting.

Above all, I make sure to never post without wearing my rose-colored glasses. These special glasses allow me to see into the past and filter out all the negative.

Conversely, they do not work on contemporary products. Anything new that's released, be it a movie, video game, or television show, must live up to the unrealistic expectations created by my magical glasses. You'll find me on message boards around the Internet extolling the virtues of the originals and trashing the new, for no other reason than that it's new.

But then something happened. I took off my rose-colored glasses and I saw the world in a new light. No longer was I personally offended by updated releases of classic films. When a TV show stopped being funny, I simply stopped watching it. I am now living a happier, healthier life. No longer do I have an irresistible craving to post on forums and devour hard-boiled eggs by the bucketfull.

I invite you now to join me in removing your own rose-colored glasses and discover a world that isn't as great as you remember it. The more roses you see, the more deluded people are about how great the good old days really were.

My mom writes me letters every so often from back east. Ever since dad left us she hasn't been the same. Since her vagina is all but sewn shut (I assume) the only people she ever talks to is her sister and I, and she refuses to ever think of possibly becoming romantically involved with another man. We've tried to set her up on dates but I guess the guys on pameganslaw.state.pa.us just aren't good enough for her.

She absolutely refuses to use the computer we bought her, saying that she prefers the intimacy of the lost art of letter writing. I told her that I don't want to share anything with her that could be considered "intimate", but I still have to reply to her letters anyway.

I received this letter from her the other day.

Remember when cartoons weren't anime and everyone wasn't a stupid anime queer ass bitch faggot? Remember when Japan was our enemy? *sigh* Those were the days. I liked Japan better when they were exploding in planes without landing gear. 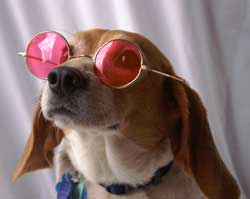 Ruff ruff! I miss ReBoot! Ruff!My mom brings up a very good point. Anime has taken over Saturday mornings. From Naruto to Pokemon to God Only Knows, kids are being exposed to a ridiculous amount of Japanese animation and it's warping their minds.

What happened to the Looney Tunes? Killed by the PC age, they were. Bugs Bunny can't even smoke a fatty and slap a bitch for talking back anymore. What happened to Daffy Duck, Darkwing Duck, Duck Tales and Donald Duck, who used to beat the shit out of his nephews for fun? Their Saturday morning slots have been usurped by the Digimons and Pokemons and that "bitch-ass AIDS-infested fudge-packing" Spongebob, as my mom calls him.