Frank Opinion is an internationally syndicated columnist covering hot-button issues. His controversial editorial style holds nothing back. Opinion's views do not represent those of Something Awful or its parent company, FedoraSingles.com.

Ice cream is a cold and tasty treat. It is made from milk. You can get it in vanilla or in more exotic flavors like strawberry or chocolate. Some people like to eat it in a cone. I prefer it served in a bowl. Cones are good too, mind you. I have nothing against them. It's just a matter of preference. Maybe I should reconsider my hardline stance.

People should be allowed to own and operate ice cream shops. Please let them do it. They're not hurting anyone.

I don't think movies are bad. In fact, they're pretty good. You can watch 'em. Have a seat. Relax. Maybe take a nice sip from a tall cold soft drink. Watch the things move and happen on the screen.

Sometimes movies get too loud. If you're watching one at home you can always turn down the volume. That's a good way to handle the problem. At a theatre, just do what I do and put your hands over your ears or lock eyes with another moviegoer and look exceptionally distressed.

I don't know why everyone has to be so critical about movies. They only last around an hour and a half, and something cool usually happens at least once or twice. Lighten up! Unless you have a good reason.

I don't understand any of this stuff. Please slow down everybody. Let's not be so hasty. We've got to think things through here. 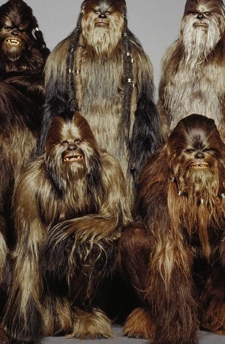 We should be more accepting of wolfmen. It can't be easy to have the fur and claws of a wolf along with the penis of a man. I don't think it's right to talk about waging war with the wolfmen, or to construct effigies of wolfmen then burn those effigies to the ground along with entire cities. We don't even have any evidence that the wolfmen exist.

Before you raze your own town or pass a measure to bomb a country where you suspect wolfmen might be hiding, please step back and take a few moments to be sure that you really want to do it. This is probably the strongest stance I have ever taken on an issue. I will understand if you stop reading my column, or if I am fired from my post.

(Editor's Note: Following the publication of this column, Frank was not only fired, but blacklisted from all media outlets in the United States. Numerous death threats were sent in every day for months. Frank narrowly avoided an assassination attempt when he hesitated to place an order for ice cream in a cone or in a bowl. He has since relocated to England, where he continues to write to this day.)

People compete with one another. They take in fresh air and it gets their blood pumping. It's good because someone wins and afterwards they become quite happy. At the same time, someone also loses.

As you can see, this is a very nuanced subject with many aspects to consider. I am going to refrain from making further comments on the matter until all the facts are in.

Ideally, buildings should have some room carved out on the inside where people can fit in. After all, what good is a building without an inside? That's pretty much my motto.

Of course, buildings that are completely solid without any room for people inside are fine too.

On The NSA's Domestic Spying Program:

I would prefer it if the NSA did not violate the privacy of anyone. At the same time, I understand that the agency only wants to catch bad guys. That's all they want.

Maybe we can all come to an understanding that will make everyone happy. We could let the NSA take pictures and live video of us through our smartphones, webcams, and video game consoles, but ask them to stop recording immediately if they don't see anyone in a trench coat with a sinister mustache. We'll get the whole agency to pinky swear on it, for real this time.