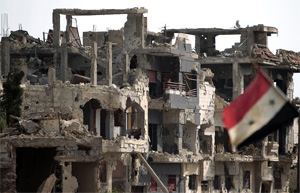 The gruesome use of chemical weapons on civilians by the Assad regime in Syria has demanded some sort of response from the international community. The options for this response are limited. Fatigue among western democracies for further conflict in the middle east has all but ruled out military strikes on Syria. Sanctions or binding resolutions from the UN seem even less likely with China and Russia using their veto power to bring down any attempt to push something through the Security Council.

That leaves the United States to take unilateral action. But what could cruise missiles or drone strikes accomplish? How could further equipment really help the rebel Free Syrian Army?

What the FSA needs is something that will give them a lasting edge. Parkour? No, all the buildings have been blasted to rubble. They need something that no amount of chemical weapons or Russian tanks can ever take away.

It's time for the United States to give the FSA the Wu-Tang Secret.

Of course we never want to reveal it, not all at once, but you teach it as an exercise. Doing moves while you spit lessons. Spinning blades from the Shaolin slums, it's time to swarm Aleppo with the killer bees. Big dick draggers come in and teach those nappy, rasta-head SAA what happens when you dance with the mantis. GZA with the liquid swords, Masta Killa teaching snake arm swings, going to give the FSA hot biscuits and dynamite hands mantis moves. Even Shyheim is in there throwing cannons. 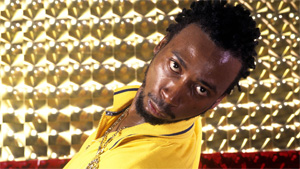 If Assad is going to drop chemical bombs on his own people then he can only hope to face the mercy of the 36 chambers. A quick death from nerve point invasion, fight to the death, soldiers all around them and popping like mob bosses. Laser James Bond flinging kings in the octagon until every SAA is turned inside out like a sock.

A lot of people are worried about the Wu-Tang Secret getting out. It's understandable. There is no greater weapon in all the chambers and all the arsenals of any other clan in the world. In the past, when the United States has equipped rebel groups, our weapons eventually get used against us. But how many of our past wars has RZA produced? None.

Well, maybe Desert Shield, but he was just a co-producer and that was bootleg anyway. Bush senior put on a Halloween werewolf mask and ran off with the DAT tapes from the studio. He got that back to the White House mixing room and by the time it got leaked he scrubbed out all the n-words he heard and added in a sleigh bell and a track of calliope music.

RZA has new skills and secrets to unleash on an unsuspecting enemy. Raekwon has spent the last 999 days learning how to breathe by watching a butterfly and how to move his arms by watching a caterpillar. The flow they unleash will obliterate T-80 tanks.

With all the hyper knowledge the swarm brings, like fifteen Encarta 96's worth of nerve-wrecking phantom move knowledge, can the Wu-Tang change the reality on the ground in Syria?

Let me answer that question with a question: Can Ol' Dirty Bastard AKA Dirt McGirt AKA Big Baby Jesus swoop in on ghost wings and unleash the ultimate Wu-Tang technique? If the answer is yes to that then close your eyes, Marion, because spirits are about to start melting shit in Damascus.

You can find more global strategic solutions from Zack on his Facebook page.