Fear Me, Yor the so-called Mighty! 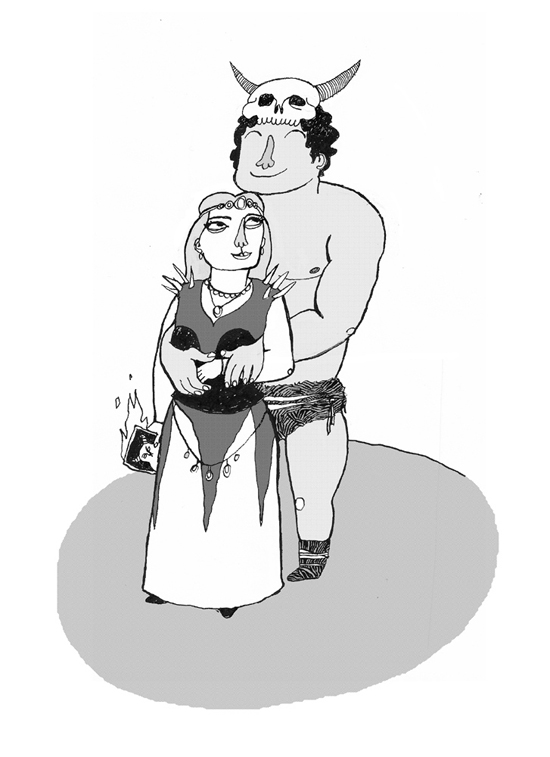 Yor the Mighty lacks the brainage to read your foul language, but assuredly one of the throng of starry-eyed fools who surround him can read this to him:

Yor the so-called Mighty, do you really think Golan the Insatiable is afraid to face you? You brag like a child about slaying my Thukk beast. I could slay several Thukk beast at once if I wanted to. Who do you think put that Thukk beast there, anyway? And, yes, I received your challenge to battle at Oak Grove High's lacrosse field. Fear of you had nothing to do with my absence. A low savage cannot challenge Golan the Insatiable! I have raped full legions to death! One mortal means nothing to me. If you are so "mighty," come storm my lair! I think it is greatly pathetic that you are so obsessed with me that you willfully left Gkruool in my pursuit. I don't even remember what your parents tasted like or how they felt being shredded by my genitals. Get over it. Also, how exactly did you get here? Do you know how to get back to Gkruool? I could look past your insolence and reward handsomely for such information.

Also, to Skylar - I hope you are very happy with Yor the Mighty! You two insects deserve each other! I had been thinking of making you my Doom Ward, but now I see you for what you really are. May your anus rot and fester, cow! I never found you attractive anyway.

Point the third - The fliers I have administered across town seem to be getting taken wrongly by you hopeless drones. I celebrate the Rite of Complete Destruction every cycle. That is just what it is called. Don't take things so literally. And do not listen to Yor the Mighty. Yes, during the Rite of Complete Destruction my power and glory is at its most potent, but that is in Gkruool. Your frail world has but one moon. I have no idea what will happen in this realm. But I could kill all of you at any point anyway, so what is the difference? Of what need would I want for more power? And keep on with your dreaming, Yor the Mighty, if you think I am waiting until then to battle you. I could destroy you by accident at any point!

Further more, even if I were going to lay waste to your town on the Rite of Complete Destruction, as one Budnick warns, what difference will it make if I do or do not hold my ceremony at the large gazebo of Tarnhill Park? My acolytes have much talked up the gazebo's barbequing facilities. It sounds pleasing.

So, feeble readers, do not be persuaded by the befouled lies of one Mrs. Budnick or Yor the Unmighty (that is more the case! Ha!). I am putting forth the effort to be friends with you feces. I expect that same in return. Or else!