Due to my attention span being a tiny sliver of consciousness roughly the size of the margin for error in a moon landing, I don't normally read the news. Last week, though, a story caught my eye that was too shocking to ignore, but not so shocking, like "Hillary Clinton Marries Bat Boy" or "Tila Tequila Seeks Paternity Suit against Bat Boy," that I could dismiss it as another failed hype storm from the Bat Boy PR machine. Namely, the Foxconn suicides. 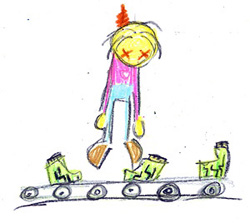 In case you're too lazy to read the whole article, like I was, let me summarize the first few paragraphs. Foxconn, China's most successful computer manufacturer and answer to the Shinra corporation, has had 10 employee suicides this year. The employees interviewed say that Foxconn's sweatshop conditions and Gestapo management make them feel less like humans and more like machines. Not in a good way, like you'd call Van Damme an ass-kicking machine, or the New York Jets offense a well-oiled machine when they lube up to sodomize each other in the locker room, but in the pejorative Trent Reznor sense:

"Life is meaningless," said Ah Wei, his fingernails stained black with the dust from the hundreds of mobile phones he has burnished over the course of a 12-hour overnight shift. "Everyday, I repeat the same thing I did yesterday. We get yelled at all the time. It's very tough around here."

For me, this article raised several troubling questions: Is Foxconn responsible for the spate of suicides in their factory? Will this affect the burnishing job on the iPhone 5? How could the human psyche, the same Pandora's box of nightmare imagery that spawned Bat Boy, be so crushed by something as simple as soldering a few circuit boards for a more-than-equitable $132 a month?

The Wall Street Journal, in some kind of snooty-toned meta-opinion column, says it's too early to even speculate on these questions. They're calling Foxconn a "complex issue" that demands a nuanced investigation. Reading the article, I agreed with this assessment, except for the "nuanced" part. If anything, I thought the investigation needed a total lack of nuance. It needed someone with no stake in the Foxconn scandal besides a hunger for truth and the passion of a rogue cop out for revenge. Someone who probably isn't familiar with fancy words like "globalization," but can unlock every secret item in Final Fantasy VII. Someone who reads at a 4th grade level, but can swear like a graduate student.

And thus my weeklong investigation of the Foxconn suicides began.

Here's a tip for anyone pursuing a career in journalism, as well as just general life advice: Though e-mail is, by nature, a cold impersonal medium not conducive to a friendly interview, it turns out you shouldn't attempt to bridge that gap by sending the interviewee nude photos of yourself. I learned this the hard way in my failed attempt to interview Foxconn's CEO. 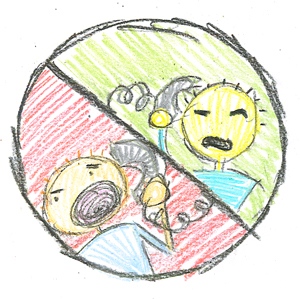 With my first inquiry a wash-out, I was getting discouraged. I needed a new approach, but I wasn't sure how to find it. Usually, when I'm this hard-up for I ideas I call 1-900 numbers: It occupies the part of my brain that enjoys base pursuits like phone sex, ensuring that it won't interfere with the intellectual part as it percolates. As I was punching in my credit card number I began thinking: If only there were some way to get the real story of Foxconn from a worker's perspective. Not through a mere interview, of course, because those are unreliable and even if I did get honest testimony, my lack of Chinese cultural knowledge would get in the way.

Then, as I was talking to the operator, it struck me: All factory jobs are pretty much the same; they all belong to the same Kafkaesque nightmare universe. So in theory a person who'd worked in a factory for a moderate span of time - say a week - would be in a decisive position to determine whether industrial labor causes suicide. "Brilliant!" I said to myself and the phone sex operator. Quickly I hung up the phone, opened my Web browser and swung into action.