Quake, impotent readers of the Oak Grove Gazette! For Golan the Insatiable, Godlord Terrible of Gkruool, Crusher of Wills, Raper of All, stoops to acknowledge you once more!

Those of you who wrote to the ugly and jealous Gazette editor Arthur Weaver championing my bid for a weekly opinion column in this worthless newspaper have earned a modicum of my gratitude. Should the day come that I see fit to raze this fetid anus of a township, your support shall not be forgotten. You and your families shall be mercifully raped and enslaved, while those who mocked and opposed my greatness shall be raped and butchered!

Though ugly and jealous Arthur Weaver was too cowardly to swear fealty to me and my proposed weekly column, "Golan the Insatiable's Altar of Worship," my acolyte Dylan informed me that nonetheless many brave souls sent queries to my face book station using your perplexing machine-sorcery network. So, ugly and jealous Arthur Weaver, it would appear that victory is still Golan the Insatiable's to savor! Dylan tells me that so-called "advice columns" are very popular with your idiot species, crippled as you are by a myriad of laughable emotional woes. So small citizens of Oak Grove, prepare to gaze into Golan the Insatiable's fiery abyss of wisdom! 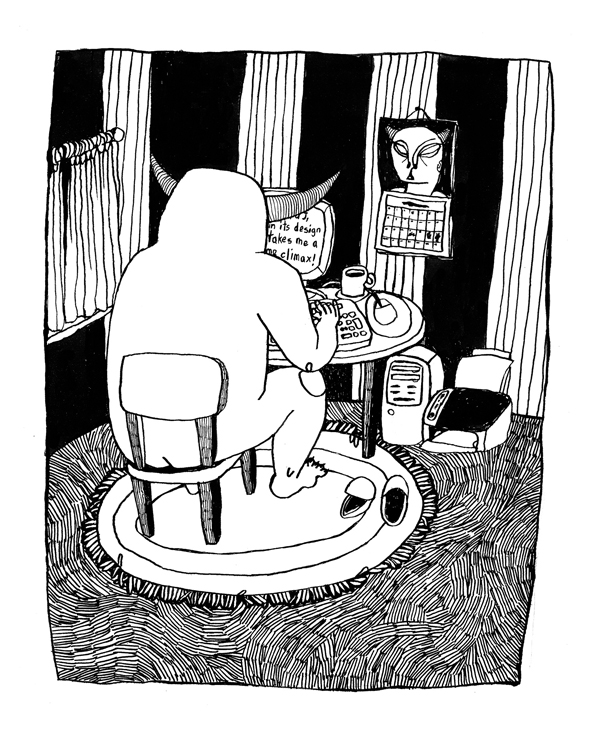 Dear Golan,
I started having sex with my first girlfriend and I am worried about my performance. I only seem to last about a minute. My girlfriend hasn't said anything, but I'm worried I am bad in bed. What can I do?
- Worried J

Dear Worried J,
Your sad body is clearly inadequate in its design. It sometimes takes me a full day to reach my fearsome climax! In my homeworld of Gkruool, pitiful dreck such as yourself would sacrifice virgins and livestock at my temples in hopes of increased fertility, but you seem concerned with prowess, not your seed. You could try a sacrifice nonetheless. If your true worry is your female's enjoyment, I would advise she submit to one of my orgiastic bacchanals. There she will find undreamed-of ecstasy and terror!

Dear G the I,
Are you angry you lost the Comptroller election to Mrs. Budnick?
- Roger

Roger,
I have my eyes set on much grander things than Comptroller. One Budnick can have her fun while her time lasts. 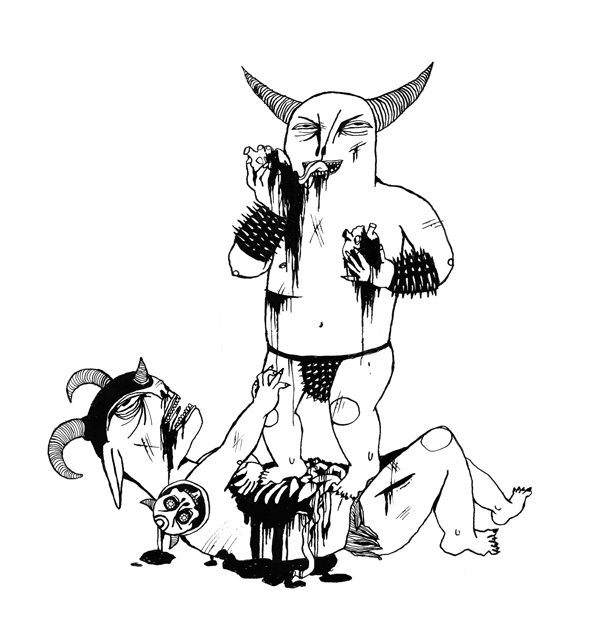 Dear Golan the Insatiable,
My parents are total assholes. I dropped out of grad school to pursue my passion for environmental activism, but they tell me I'm wasting my life. What's most embarrassing is that I need their financial support to sustain my activism. But I'm afraid to stand up to them. You don't seem afraid of anything. What would you say to them?
- Allison F

Allison F,
Yes, it is true that Golan the Insatiable fears nothing. It is clear you must destroy your parents and absorb their strength. My own father was ZxZazel, one of the Nine Elemental Titans. During my fearsome ascension to power over Gkruool, I battled and defeated ZxZazel, wrenching his four still-beating hearts from his chest and sexualizing them over his prone and cowering body. Only then did I gain his respect.