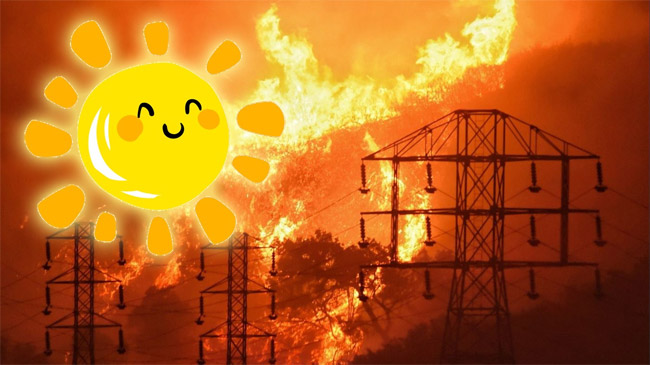 The vampire of 2018, bloated with our lifeblood, is nearly ready to detach from our collective necks and retreat into the night. As we collapse and hope that 2019 is not a vampire, that we might have like three or four fucking days to recover from this shit, it's time to look back on the good news stories from 2018 that provided some small ray of hope shining down into the musty box where we have been imprisoned. By the vampire. Before he stopped sucking our blood he put us in the box. You know what? If you don't like my metaphors you can call my manager at 1-800-EAT-SHIT.

Bitcoin has lost like 80% of its value and is on the fast track to being worthless again. All of the less notable crypto currencies have suffered similar fates. It's almost as if everybody realized they were using vast amounts of computing resources and electricity, polluting the environment, to create fake wealth that only has value as long as madness keeps its hold on a bunch of libertarian nerds. Maybe we are getting closer to this nonsense ending.

Everyone You Hate is a Year Closer to Death

Yes, so are you, so are your friends and family, but those pieces of shit you hate rode the same morality conveyor as you. We are a year closer to forgetting the name of every villain and scumbag. A year closer to not just their death but their erasure from all living memory and ultimately their disappearance into dust. Nobody will care when they are gone. Nobody will even remember their name. Or yours, but, you know, you take the good, you take the bad.

As All Insects Die Out, That Includes Stink Bugs

It's true that mankind is eradicating all insects, which probably dooms us as a species as well, but those weird stink bugs that grab onto your clothes when you go inside are going to die out too. You know those things? You don't even see them outside, but then you walk in your house and one of these slow bugs has started walking up your wall. They used to be green, but those must have already died out like butterflies and fireflies, so now we just have the grosser brown ones. They don't bite or anything, those sorts of bugs are still around even though we spray poison to kill them.

Welcome to Marwen is a Legendary Failure

For some reason Hollywood made a big budget movie recreating a documentary about a man who was beaten for wearing women's shoes and copes with his trauma by making an elaborate World War 2 diorama. It's from the guy who made Back to the Future. This is what he does now. He makes creepy computer animated doll movies. And they do hilariously bad at the box office. There is no audience for this movie and yet somehow $40 million dollars was spent on the computer animated dolls. Imagine how many stink bugs that money might have saved.

All the Bad People are a Year Closer to Death

You are too and...wait a second...didn't I already do this one? Oh, well, running out of good news.
Here's to the end of 2018. We have no hope that 2019 will be better. Almost everything will be worse. But search for that silver lining to the lightning-wracked pyroclastic cloud that will be 2019 growing over us, threatening to blot out the sun and finally extinguish all life.