How to Win Any Argument On the Internet 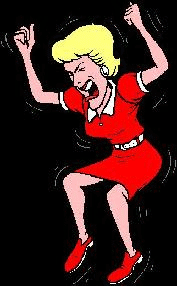 This person is angry on the Internet. This is what I look like every morning I open my email client, except I have much sexier boobs.

People often write me lengthy, complex, completely misspelled emails informing me in graphic detail exactly how much I suck. Sometimes these messages contain explicit drawings depicting the various ways I fail to meet even basic expectations of a mentally retarded janitor, while others compare my writing style to the prose etched into Taco Bell bathroom walls. Flame emails represent the greatest benefit of working on the Internet; within seconds of expressing your thoughts or opinions on your own free website, the average Internet user will receive anywhere between 100 and 1,000 flame emails comparing him to a particularly revolting strain of bacteria living in a certain barnyard animal's anus. Most seasoned newspaper and television reporters often quit the industry for Internet reporting jobs, just to take advantage of this useful free feature. Not many people know this, but the whole reason Dan Rather retired from CBS was so he could open his own website, "DAN RATHER'S AWESOME PICS AND SHIT" which currently features a series of clips depicting him skateboarding off his deck and throwing rotten fruit at a street sign while choice selections from "A Perfect Circle" blares in the background.

I try to view flame mail as a useful service; if I never checked my email, how else would I be aware of how much I suck? I mean, my mother isn't going to call me up and start screaming, "hey Rich, you like to have sex with dogs because you're dumb and gay and you have the intelligence of a charcoal briquette," although that's partially because she knows it's impossible for me to pick up the phone while having sex with my dogs. Unfortunately, some folks don't appreciate the Internet's quick and effortless ability to distribute obscene, curse-filled diatribes to anybody within seconds. These people, upon discovering somebody's rather negative opinion of them, react furiously and begin a counterattack which they believe will surely set their aggressor straight. Of course this seldom works, as the average Internet flame war lasts roughly 14 years and sometimes spans multiple generations of users. Do you remember the infamous, bloody Hatfields and McCoys feud? That whole thing was started when Staton Hatfield sent an AIM message to Sam McCoy saying, "Y DID U STEAL MY HOG LOL???"

If you're itching for a confrontation and possess both the time and patience to debate one of the countless Internet denizens lacking any semblance of a life, feel free to consult the following handy guide to winning any Internet argument ever. Following these simple, easy steps will solidify your position in the Internet Hall of Debating Fame, which is currently just a Post-It note stuck to the bottom of a E.L. Fudge package in Toledo, Ohio basement.

1) NEVER DEFEND YOUR OWN POINTS. Don't forget this monumental Internet argument cornerstone even if you fall down a well and get amnesia and learn you're pregnant with your mother's son's evil twin. Never, under any circumstance, attempt to defend what you've said; just attack the other person's argument over and over and over until one of you dies of old age or some legislative branch agrees to shut down the Internet forever. Defending yourself or your argument is a weak act of desperation which informs your enemy that you're completely open to attack. The grizzled Internet debater will never address the validity of their previous claims, instead opting to forge ahead and stay on the offensive despite any erroneous or outright false statements they said in the past, effectively keeping the enemy on their toes. You should view Internet arguments as a really crummy fighting game: only the utter idiots bother pressing the "block / defend" button. While your enemy cowers in a corner with their arms raised above their face to futilely protect them, real men pull off complex 408-move combos that involve transforming into a fiery phoenix of doom and releasing unrelenting waves of liquid napalm Satan clown death upon them.

FLAME:hey fag i read ur article abotu ford cars and I just wanna let u know ur stupid and dont know nothing about cars cuz CHEVY IS THE BEST CAR MAKER IN THE WORLD!!!!

INCORRECT RESPONSE: No, I firmly believe what I wrote is correct, Ford automobiles have excelled in both price and safety over the past few years, which is why I feel they are the superior choice when purchasing a new car.
CORRECT RESPONSE: uhhhhhhh no, you're wrong and stupid and dumb and u dont know what ur talking about so maybe u should get off the internet and instead go kiss a elf cuz ur dumb as a fool!!!
EVER BETTER RESPONSE: I'M GUNNA KILL YOU WITH MY DESERT EAGLE!!! 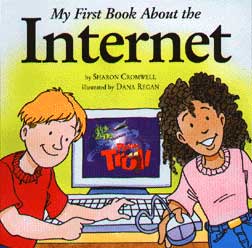 Oh look, a young Conan O' Brien is using the Internet to research how to use the mouse correctly.

2) CLAIM YOU WORK IN WHATEVER FIELD YOU'RE ARGUING ABOUT. If you find yourself discussing anime, say you're an animator who works for some Japanese company that manufactures games about nipples. If somebody begins complaining about web design, tell them you're a professional web designer who has completed projects for large conglomerates such as Coca Cola and Macromedia and the moon. If you're arguing about World War II and the political ramifications of Asia's isolation sentiment, declare you're the President of Asia. There is no subject that you, the professional, does not know about thanks to your extensive work in the field of, well, whatever you're arguing. It doesn't matter if all your firsthand knowledge of the subject derives from half an episode of "Pokemon" you overheard while cleaning your cat's litter, the magic of the Internet allows you to have gained real-life experience of any given subject in any given industry at any given time!

FLAME: how dare u say that abortion should be legal! WTF is wrong with u?! abortion should be outlawed and if you kill a baby then the president should kill u for being a murderar becuz tiny babys are just like litle ppl and ur a muderer!!!

3) IF LOSING AN ARGUMENT, FEIGN FRUSTRATION AND THEN CLAIM YOU'RE BLOCKING THE PERSON. Every person on the Internet harbors a secret fear of having their communications blocked by somebody, particularly when they're devastating that person in an argument. If you ever make a critical mistake and discover you cannot match either the intensity or intelligence of the person whom you're facing up against, simply descend into a spiral of frustration, one ending with a curt goodbye and notice that this person will never, ever, ever, ever be able to contact you again because you are putting them on your fabled ignore list of doom. Tell them in explicit, concrete terms you're absolutely fed up with their idiocy and simply cannot bear to read another word of their text, and if you somehow accidentally receive another communication from them, your head will explode and shower the surrounding tri-metro area with fragments of your brain atoms. The announcement of your impending communications blockade serves as a true trump card, one capable of not only ending the argument, but additionally declaring you the winner because there's no possible way for your opponent to get the last word, and as everybody on the Internet knows, the only way to win an argument is to get the final word!

FLAME: i cant believe u said that president clinton was the 16th president, tahts wrong, he was the 42nd president you damn ideiot, and i should know cuz my dad worked in the ovale office last year and he's in the social security which protext the president from terrists

INCORRECT RESPONSE: Upon completing some rudimentary research, I have reached the conclusion that you are correct and I was wrong! My apologies, dear sir, and thank you for revealing truth to me!
CORRECT RESPONSE: GOD THIS IS SO POINTLESS!!! listen I am sick of saying this over and over, you obviously r to stupid to understand even BASIC ENGLITSH and Im getting sick of your dumb emails so I'm blocking u once and for all GOODBYE DUMB ASS! DONT BOTHER EMAILING ME CUZ I WONT GET IT, WELCOME TO IGNORESVILLE POPULATION: YOU, HOPE U LIKE TALKING TO A BLOCK LIST HAHAHAHAHA. 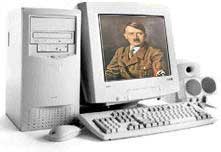 4) AT SOME POINT IN TIME, CLAIM THE OTHER PERSON IS A NAZI. Every, and I repeat EVERY Internet argument should involve at least one comparison to either Hitler or the Nazis. This is one of the most basic requirements of an average Internet debate, and although ignorant outsiders may find it silly to compare a person arguing on the Internet with an individual responsible for the execution of millions, this action represents one of the most traditional pillars of every online debate. The earliest recorded instance of the infamous "Nazi clause" can be traced to Greg "suprsk8r" Henderson, who used Q-Link in July of 1986 to call Alex "Dr_Millions" Wilson "the Adolf Hitler of preseason NCAA fantasy league basketball" over People Connection.

FLAME:uhhhhhhhhhhhhhhhh no i dont think taht GI Joe could beat the Transformers in a battle cuz Optomus prime would like totally kill the shit out of duke and waht do u know about anything anyway u reteard

INCORRECT RESPONSE: Dear Internet cur, I'll have you know that your churlish actions and replies reek of an insolent ignoramus! Why, upon reading your cretinous claim, I let out a mighty scoff and nearly choked upon my brandy!
CORRECT RESPONSE: FUK U HITLER!!!

Please, ladies and gentlemen: friends don't let friends argue on the Internet. But if you discover the irresistible urge to strike back against somebody who insulted your intelligence on the Internet, a medium which rewards those with insulting intelligence, please use this guide to your advantage and thoroughly decimate anybody foolhardy enough to challenge your online prowess. After all, I am a professional webmaster and I'll block your email if you think otherwise, YOU DUMB ASS.