The Awful Guide to Graduate School 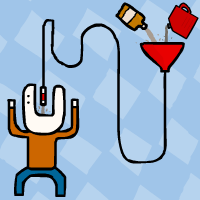 Have you ever wanted your total debt to escalate from sub-epic to epic? Do you want to alienate your friends, family, and co-workers with your shocking lack of ignorance? Are you comfortable with your life beginning at 30? Can you handle another two years of scurvy and other pirate-related diseases due to your continued appalling diet? Yes, in our current setting - not unlike Blade Runner - where educated people are held in contempt more than ever, now has never been a better time to enter graduate school. After all, if the children of the future don't ignore you, who will they ignore?

If you're not familiar with graduate school, it's something that happens after regular college besides trips to Europe and alcoholism. And for most of us, graduate school isn't an option. While education majors can get by with only four years of sissified book learnin', some don't have the option of becoming hateful, ignorant people whose power goes unchecked for life. I could try to march in front of our nation's youth, and through my sourness, get them to hate books and knowledge, but I would be arrested on the spot because I didn't spend nearly half a decade with my lips pressed against a beer bong, and/or with fraternity letters stenciled on the ass of my sweatpants. For liberal arts majors like me, the comment of "LOL ur going to serve coffee with that degree," as trite as it is, actually rings true. Employers at even the most menial of jobs will scoff at seeing a liberal arts degree on a resume, partially out of resentment, but mostly out of their belief that the holders of this degree are Ivory Tower assholes who cannot perform the simplest of tasks outside of their selected fields of study. "A college boy, eh?" asks the sandwich artist supervisor at Subway. "What do anthropology got to do with gears?" asks the foreman at the Dangerous Spinning Gears Factory. 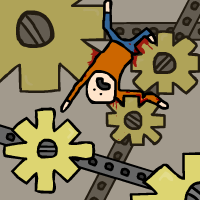 So, shunned from the normal, working world, we liberal arts majors must spend more years and more tens of thousands of dollars in order to find a place in the world suitable for hurling jagged rocks down on those who once mocked us (metaphorically?).

The most tragic thing is that, while we can do the work, most of us find the modern workplace a dungeon of crippling banality. You know the bagger at your grocery store with the philosophy degree? He would make you question the meaning of life by using the business end of a claw hammer if he wasn't hung over every morning. Once you get used to years of deep thought and discussion, the promise of a day's intellectual stimulation being a discussion of American Idol is as terrifying as it is ordinary. And the fact that we liberal arts majors are pale, thin, hungry and easily spooked means that a Morlock would have less trouble making friends in a business casual work place. And the very sight of a football can scatter us for miles.

For all of these reasons, I am entering graduate school this fall for my M.A. in English, which you could probably guess after reading the 503-word introduction that brought tears to your eyes of your immigrant grandmother (and we all have one). The grad school admission process is an arduous one, but, as a recent victim, I can shed light on this baffling ordeal. If you don't trust my academic credentials, hear me out: I'm the only bro cool enough to sneak a Simpsons reference into every single one of my research papers. When a professor takes off points because I used the word "cromulent," the feeling of superiority I get is almost narcotic.

Note: In no way does this article refer to Kent State University or Cleveland State University, the graduate schools I applied to; and if anything, my writing here shows both my versatility and deservability to be accepted in their programs. I love you. 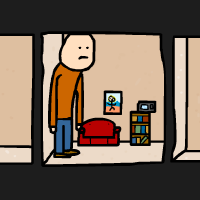 The first step in all of this is obviously choosing a school (and getting over the fact that the mortarboard is only a ceremonial hat). You can stay at the school where you did your undergrad work, but this screams, "I refuse to change as a person and am staying around to keep in touch with my high school friends who are using me because the local Rite-Aid won't let them buy cases of Robitussin anymore."

A good rule of thumb when choosing a college is to look at their mascots. For example, eagles and hooved animals with horns are plentiful, but most importantly, lame. But take a look at Duke, who set the mascot bar very high by making their representative Satan himself. And Purdue has a goddamn locomotive for a mascot, which is impressive just on a conceptual level. Also, if you translate "locomotive" poorly into Spanish, it comes out as "Crazy Train," that amazing song by America's favorite junkie. I did not choose my old college, Youngstown State University, primarily for its 12-mile proximity to my house; its penguin mascot was the deciding factor. And, thanks to movies like Happy Feet, penguins are now feared more than ever. My advice? Go for clams. I have had portentous visions of a future Dreamworks movie titled Clams (Tagline: "Life's a beach and then you fry!") that features CGI clams digitally enhanced with the voices and faces of Jack Nicholson and Minnie Driver. It will be like gazing into the lunatic terror of Hell itself.