If IGN and Gamespot are The New York Times and The Guardian of video game coverage, Something Awful is a scabby stray dog that will happily eat any newspaper it comes across. We make jokes and our game reviews don't have an impact on the highly scientific numbers at Metacritic so we technically don't even exist.

Which made it a pretty big surprise when a box showed up containing Grand Theft Auto V and a big old pile of branded swag typically reserved for real game reviewers. Rockstar has a reputation for being rather selective with the distribution of their review copies. So how did we get one? I'm guessing someone at Rockstar was so swept up by my inability to create visually pleasing article layouts that they confused us with Polygon.

Let's make the best of a weird situation. A review of GTA V will run in next week's Video Game Article, but in the meantime here's what I think of the assorted stuff that came with it. 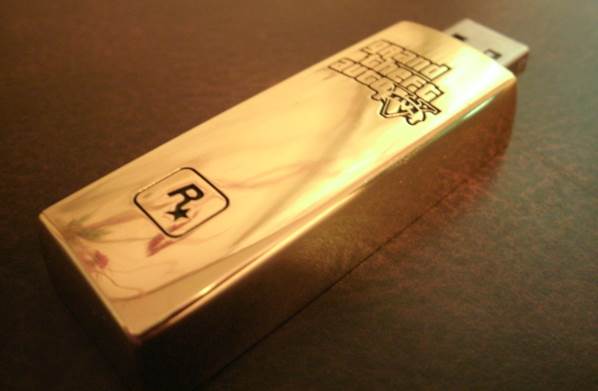 I'm pretty sure this thing is genuine gold. Even the internal components. The wires, the silicon, the black accent paint in the engravings. All gold. This golden USB stick is very reminiscent of an actual stolen bar of gold because it's surprisingly heavy and it makes me question the decisions in my life that have led to this shameful moment.

As a bonus, the USB drive doubles as an I.D. badge of sorts, confirming my status as a video game journalist of the highest caliber. All I have to do is flash it to gain access to exclusive video game events. Giles, do stand aside. I'm meeting the Giant Bomb gentlemen for martinis and microwaved lobster thermidor in the cloth map study.

The Gold USB Stick gets a 10/10 because are you kidding me, a gold bar? 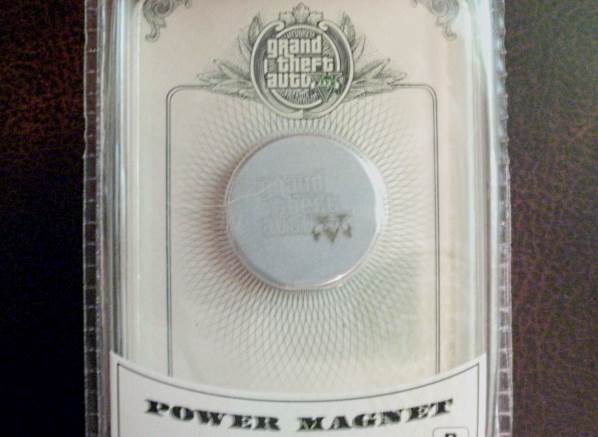 This is probably the strongest magnet on Earth. I could take this magnet in my hand and hold it above a car, and the car would get picked up. I am certain that's what would happen.

The back of this package cautions "Warning! Strong Magnet! Magnets can disrupt computers, mobile phones, credit cards, and other electrical devices." Great. Now I have nowhere to use this thing. Every object in my house is a computer. That's all I have in my life.

The magnet is really nice, though. You know what? I'm seriously considering hurting myself. Not a lot, mind you, just enough to get a head injury that requires a metal plate on my head.

This magnet deserves a 9/10 because it has magnetic appeal. haha 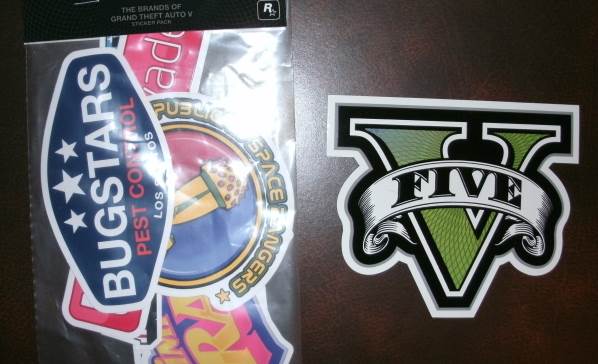 Stickers are magnets that you can put anywhere.

That was profound, wasn't it? It might have been the grandest thing I have ever written.

I was going to go on about how huge these stickers are and comment on each in-game brand being referenced, but it would be a disservice to my literary achievement.

These stickers get 10/10. 8 of those points are for my remarkable observation. 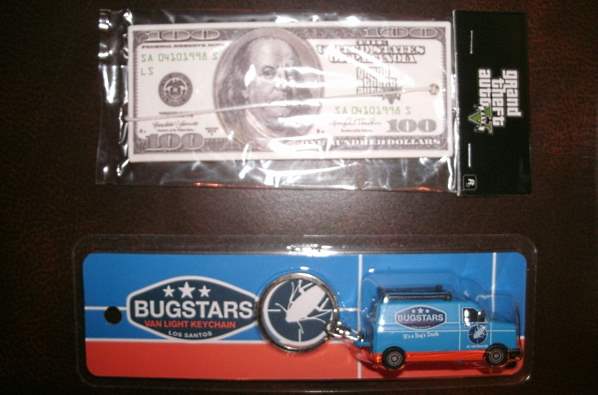 Very understated. No, really. If you were a tacky person you would probably have an air freshener exactly the size of real money, if not larger. These dollars are smaller than the real thing, and are therefore less ostentatious.

This air freshener looks and smells like a real air freshener but there's a curse word on it. If you're familiar with Grand Theft Auto, you'll note that this means it's a parody.

The Money Air Freshener gets an 8/10 because the flavor is a little disappointing.

This little van holds your keys and it has headlights that light up. It is, theoretically, the most practical item in this box. There's just one problem. The doors don't open. Now if this keychain was a building it wouldn't be an issue because, as we all know, maybe 5% of buildings have functioning doors. A car, though? Working doors. Always. 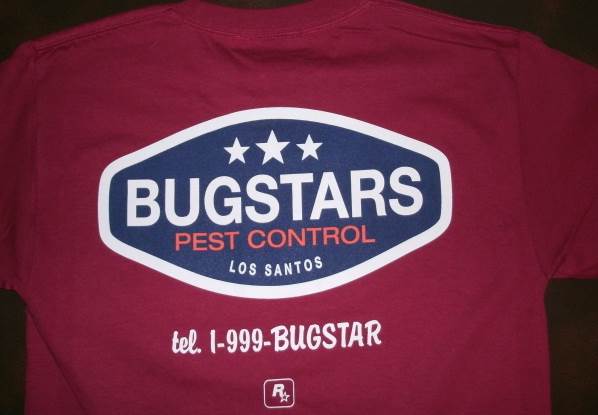 I don't want to brag, but my shirt size is a medium. This shirt is also a medium. While I'm grateful that the stars aligned here, it seems a little presumptive for Rockstar to send out promotional video t-shirts in any size other than the industry standard XL.

The shirt gets a 7/10 because I can wear it and it will be a great conversation starter in the cloth map study.

Thanks to Rockstar for sending all this stuff. In return for their kindness, I'd like to plug their video game "Grand Theft Auto V" by passing along this official description of the game:

"No-nonsense hero Marlow never shied away from danger or trouble. But now he faces his ULTIMATE challenge. After crash-landing in Central America, he has an industrial evil to defeat whilst bound to an ancient Mayan Death Mask who's had no-one to talk to for 2000 years. Another day at the office only this time Marlow is PUSHED TO THE LIMIT, his sweetheart has been abducted, the bad guys are making up their own rules and only one man can judge them - and EXECUTE THE SENTENCE."