Would you eat a Skittle out of my mouth like a baby bird?

Would you eat a Skittle from a bowl if I told you one Skittle in that bowl was poisonous and would kill you in seconds? What if I told you one Skittle was poisonous and another Skittle would make your dick twice as long? Same scenario, but I had all of these Skittles open in my pocket before I put them in the bowl and they're sort of warm. What then? What if they were in a beautiful woman's cleavage after they were in my pocket?

What if we only let Skittles into the bowl from majority Christian countries? Would you eat a Jewish Skittle then? Are Mexican Skittles okay?

What if in this scenario you are a Muslim civilian in a dangerous war zone with your family and one of the Skittles in the bowl is an unexploded cluster munition Russia has dropped near your home but your child is starving and loves Skittles? What if you go to eat a Skittle from the bowl and the bowl is made from Skittles and the Skittle Bowl is full of those Valentine's Day heart candies? 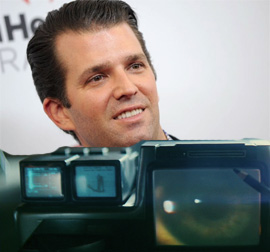 Would you eat a Skittle out of my mouth like a baby bird? What if I paid you to do it? What if I was totally nude while we did it?

Would you eat a Skittle if I made you look at it on an ultrasound screen first and watch a 90 minute video about how precious Skittles are? What if your parents do not consent to you eating a Skittle? Would you do it anyway?

What if eating one of the Skittles in this bowl made you wear a Hillary Clinton t-shirt every day for the rest of your life? What if that t-shirt was a Hillary Clinton for Prison 2016 t-shirt? What if it was pink? And smelled like bologna? What if you couldn't take it off because it was like a turtle's shell and basically fused to your spine? What if turtles were Muslim? Would you turn them over onto their front if you came across them in the desert?

Reaction time is a factor in this, so please pay attention. Now, answer as quickly as you can.

What if I told you all but one of the Skittles was a terrorist, but this is a reverse world like Star Wars where the terrorists are the good guys and the enormous super powerful government with super weapons and superior numbers and wealth are actually the bad guys? Would you eat a Skittle if one Skittle is poisonous, but all the other Skittles provide you with money for your Steam Wallet? What if the only games available to buy on Steam were open world survival crafting games in Early Access for 6 years? 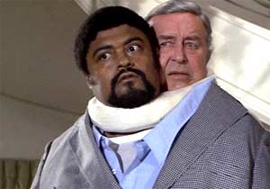 Now what if we lived in that John Travolta world where black people and white people exchanged social roles from White Man's Burden? What if eating a Skittle put you in someone else's shoes? What if eating just one Skittle out of that bowl made you into the racist white guy head stuck to the black guy's body from The Thing with Two Heads? What if you were already the black guy in that scenario and eating the wrong Skittle made you become the white head stuck to your body?

What if eating just one Skittle proved that cops were racist? What if there were a ticking time bomb somewhere in the city and the only way to find out its location was to risk eating one of these Skittles?

Would you do it for the city? What if the bomb were in an African American part of the city? Would you eat the Skittle that located the bomb in that part of the city saving a school full of black kids if it meant proving cops are racist? What if it made you Muslim in the process, but it also made a train hit four teachers stepping on an American flag?