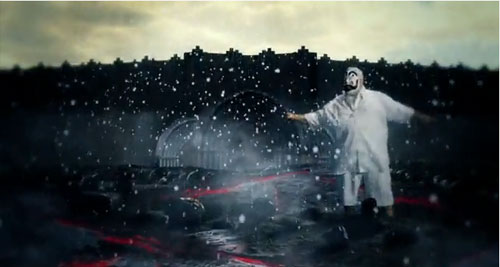 The National Weather Service has developed 100 "present weather" symbols to represent atmospheric conditions at a weather station. Lava does not have a corresponding symbol. A spray of orange Faygo over you and your fellow wicked clowns would receive the following weather symbol:

Drizzle, not freezing, intermittent (moderate at time of observation) 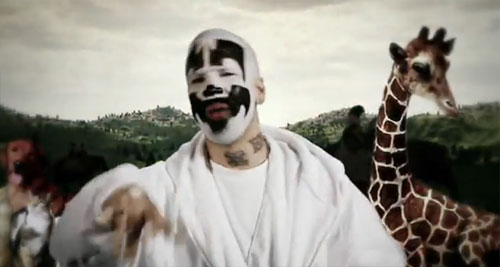 And I've seen eighty-five thousand people / All in one room, together as equals

The Dark Carnival is not a meritocracy. For true equality to be achieved the lowest common denominator must be embraced and then given fetal alcohol syndrome. To quote the ICP in my head, "Then paint your babies up like wrestlers / talk to them using nothin but cuss words / candy, pizza, hotdogs, weed / give yalls babies everything they need." 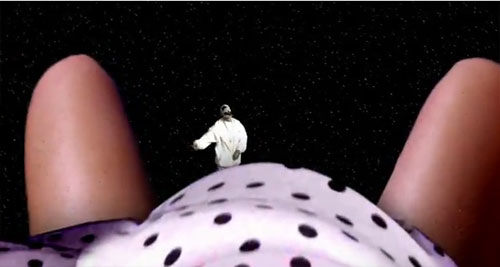 Often referred to as "the miracle of childbirth," the alchemical means of human sexual reproduction can seem like magic on a macroscopic level. Gametes combine during reproduction to form a singular organism, or zygote, composed of the parent's shared DNA. This zygote is nurtured within the female body to become recognizably human. Traits are expressed in the offspring based on dominance and chance. The gory, eviscerating process of childbirth is considered traumatic and eyelid-shocking by most of human civilization. However, certain cultures and movements treat childbirth as "ecstatic" or sexually enjoyable, which would conceivably double- or even triple-shock your eyelids. 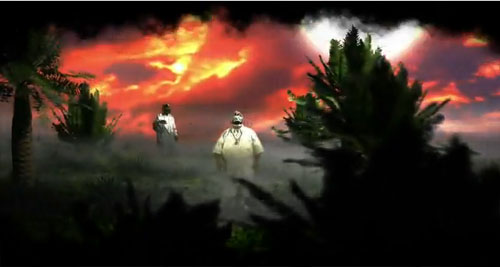 The sun and the moon, and even Mars / The Milky Way and fucking shooting stars

For much of human history cosmology and mythology have been so closely related that we have named planets and stars after gods. We ran out of those names a long time ago and have moved on to lesser deities. An asteroid discovered in 1985 and designated Asteroid 4442 has since been renamed in honor of Jerry Garcia of the Grateful Dead. Another asteroid is named in honor of Frank Zappa. It is only a matter of time until some stargazing Juggalo or Juggalette gives us Planet 2 Dope or Nebula J. The real miracle would be finding those objects somewhere in the eye-searing vastness of the daytime sun. Keep looking, Juggalos!