This article is part of the Karate Johnathan: Knifedad Hero series. 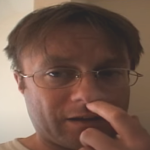 Senpai Knifedad Karate Johnathan, Esq.Welcome, fellow students of the blade! Karate Johnathan and Steeliest Daniel back again. Today we're going to be answering reader mail, as we are now prohibited from coming within 30 meters of a public school.

Steeliest Daniel, the most Dangerous Man at the Mall.Oh sweet, I can count this as public service hours. What knowledge do our delta operators seek?

So, overwhelmingly people seem confused about me, myself, personally, and how I could even be a Knifedad if I refuse to, in not so many words, "chase skirts." Frankly, a lot of baseless accusations were flung about me being an incel, which is preposterous. My celibacy is not a political statement, but rather a sacrifice I make to the altar of Kung Fu, such that nothing should distract me from the true path of shredding pizza boxes in my dad's backyard.

I respect women as equals and fellow students in the Dojo of Life. They are the ying to the man's wong. People without genders, or with both genders, or a whole other different gender altogether? They're like the magnet and the compass rose around the ying-wong itself. So together all the genders Voltron together so we can transcend bigotry and invent the best Kung Fu ever.
Sexism, trans phobia, racial anime, all of these things are constructs invented by the Evil Emperor designed to prevent us from unlocking the invincible martial arts which will bring true harmony to society. It is this martial arts that the Knifedads seek to reinvent through spiritual discipleship and doing backflips off roofs onto trampolines.

Exactly, Knifedadery isn't about being a literal father to a knife-child, it's about knowing that you need to be prepared, at any moment, to utterly ruin a janitor's day. Also, don't you have a daughter?

Yes, young Johnathina. She is studying Lady's Things with her mother in their palatial estate in Nizhny Novgorod. Horse dancing, espionage, the usual elementary school curricula. Her grandfather has taught her how to throw a handaxe through a watermelon at 30 yards.

Estate, yeah, you said her family are deposed Tsars or some commie nonsense?

Oh no, they're a bunch of criminals and thieves grown rich on seventy years of Soviet decay.

Velcome to Kapitalism, Comrade Redski. (Chuckles while chomping merrily upon a cigar)

I wasn't finished. They've also cornered the black market on Reddit Gold, which they use to launder bitcoins through Star Citizen preorders. They invented the trick of selling college textbooks which only work with a one-time online access code. They trained a gang of acrobatic street urchins to break into movie theaters to steal hard copies of new releases which they distribute for free via PutLocker. That one they do just to spite the cinemas, it's not even a money thing.

I'm surprised a straight-shooting do-goody-goody Manbaby Scout like you had the sack to knock up a mafia heiress. Did you not know when you met her?

No, I knew! I totally knew. In fact, I had been commissioned by INTERPOL with a secret mission to infiltrate her family-

Yes, I was supposed to gather enough proof that we could shut down their criminal empires once and for all-

But you got too close.

I got too close, I thought she was the one. Her Secret Bolshevik Sutras were way too gnarly for my free market manhood. I was like a spineless tube of Go-Gurt in her hands. I'd go to steal secret documents from the safe behind her portrait, but the light would cascade across her bangs and Chun Li hair buns, and I'd just lose my resolve. 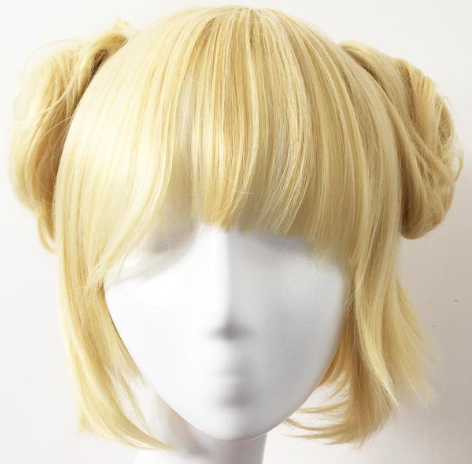 Yeah, you always remember your fir- Wait, do you think Go-Gurts naturally have spines?

I loved her, and crime, and doing crimes at her behest. I karate chopped a child who wandered onto their property seeking a mislaid boomerang. When the police came knocking, I said the family wasn't at home even though they were very obviously drinking vinegar and hollering in the kitchen. She made me do so many crimes that eventually I got too good at crimes-

Hey, no, I asked you a question? Go-Gurt Spines? Why? Why.

-so cowardly Olaf, the organ baron, conspired with her dad to have me framed for using the family emergency credit card to buy doujinshi, which is laughable since I'm basically the elder statesman of the IRC scanlation scene.

It's just like when they kicked you out of the Secret Marines for refusing to swear allegiance to George Bush's Secret Nazi Grandad.

He was the mummy psychically controlling Tim Allen from beneath the Washington Monument. I don't like to talk about it, because I endanger everyone I entrust with this information, but if you're not stocked up on my branded Mummy Repellent you won't be prepared for when Ole Imhotep starts suckin' the life chi out of our most badass librarians.

Of course, the obelisk would act as a natural antennae for Mummy Powers! I've always suspected nefarious involvement in that wily stag of a monument...

It goes even further than that. Some say the whole country is run by two secretive cabals of mummies, housed in that same city!

Zounds! Which buildings? We must set forth to investigate this immediately!

Congress and the House of Representatives.

Never heard of them. Sounds like a brothel for powdered wigs.

What's the best knife for making damn sure I ain't gonna die in no ghetto?

Unimpressed With RacismSir, as a Tier One Operator to another, let me be the first to say I will gladly face you nude in the Thunderdome. you have brought immense shame upon my state and I will regain our honor.

I hate this question. No one is going to stab some white dipshit in a suit wandering around "the ghetto." Police investigate dumb white people crimes, nobody in the neighborhood wants that kind of fuzz-heat. Next time you have to go buy your own baggies of smack rocks or whatever, don't cause problems and you won't have to defend yourself. It's that simple. The best weapon for every first encounter is a sassy little blade called Respect, folks.

Now, you want a situation a knife can get yourself out of, wander around a suburb during summer vacation and watch for packs of feral preteens who haven't discovered drugs yet. Society has not produced a more concentrated form of violence. Blood is the only law they fear.

Soured on Mountain Dew and Doom, those kids will bite the shins off your legs and use your corpse as a bike ramp for sweet jumps. I was on an airdrop operation, trying to return a strategic teddy bear to one of my decoy children, and a passle of kids blocked me in by T-posing around my car while a rascally teenager stole my dang bumper.

I'm told he wears it around his neck as a trophy, now. The kids know him only as... The Chromelord.

I accidentally wandered into a meeting of the Black Israelites and the worst thing that happened was they gave me directions and I couldn't take a clementine from the snack table. The last time I tutored a middle school student he made me do the floss dance while he threw my clothes in the fireplace. Next question please, I'm getting so upset I can't focus my chi.

What influenced the design of the Karate Johnathan Knifearobics branded ShowerKnife?

Steely, take a fiver, I can handle this one.

(the sound of an entire six pack opening at once) 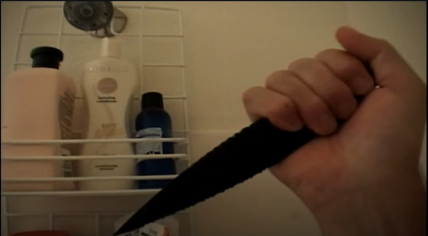 Here's the knife in question. William, thanks for asking. It was an extremely involved process, definitely the kind which would deserve a semi-viral podcast series. I took multiple travel montages, held up a lot of fluids in beakers and compared them against bright lights. I tested rubbers of varying degree of bounceosity, and compared their dampification quotients. Experts in the field grew so tired of my incessant questions I've been personally blacklisted from the country's best jiggle-research universities.

I needed a texture which wouldn't slip out of your hands if you happened to catch the blade on an errant rib, during your shower kata. Many ask why I didn't think to include a physical hand guard or bolster, some kind of barrier to prevent the fingers from going over the blade, and to be honest, I find hand guards to be dishonorable.

The bokken, inarguably the best kind of sword ever, has no hand guard, which means in order to adhere to the Shower Samurai's Code of Bubbleshido, the ShowerKnife must also do away with such frivolities.

Yeah, you should revisit that feature, I tried using one to cut some butter and severed a tendon instead.

I'm required by the State Underwriters Association to inform you that you are solely liable for that injury.

Eh, it wasn't my tendon.

Hey, if you like talking about mall ninjas and spiritual kung fu, why not check out the BUDK Appreciation Thread in our well-moderated, excellently managed forums?

Last of a dying breed. The Knifedad, loathed by Gunfucklers, feared by LARPists, enemy to shrubs and cardboard targets all across the suburb. 21 meters to Hugsville. Population? You.