In the beginning, skeptics claimed that Law & Order: Special Victims Unit would never last this long, that there weren't enough sex crimes to sustain the show for more than six seasons before things started to get silly. They were wrong. It got silly at the beginning of season three.

Still, the series has stuck around for eight years in spite of itself and is set to come back for a ninth season this September. After 183 cases that dulled and then snapped Occam's Razor cleanly in half, where can the show possibly go from here? Let's take a sneak peek at a few of the episodes in production to find out.

A young boy is molested by a Catholic priest, but it turns out the priest was actually an illegal immigrant posing as a priest. After investigating further, detectives Benson and Stabler discover that the immigrant was actually a U.S. soldier posing as an immigrant to avoid serving a third tour in Iraq. In a shocking twist, it is revealed that the soldier wasn't a soldier at all, but was, in fact, a houseplant.

Detective Elliot Stabler has no choice but to arrest and savagely beat his thirteen year old son when the boy pops a boner on stage during his 7th grade class's production of Peter Pan.

On one fateful night, every detective in the Manhattan Special Victims Unit is anally raped by a hooded man. The experience traumatizes each detective in different ways, causing divides where friendships once flourished and driving one team member to suicide. Everyone gets a good laugh when it is revealed that the rapes were Captain Cragen's most elaborate practical joke to date.

The unit is forced to drop one of its most emotionally charged cases when it is discovered that there is no law against two moderately unattractive people having consensual sex in the privacy of their own home. Will an enraged detective Stabler take matters into his own hands?

The gang investigates recent sightings of a werewolf in a newly opened amusement park. 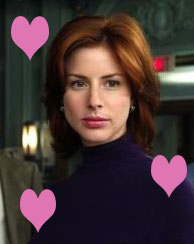 A man beats his wife to the brink of death when he finds out she had a sex change operation before marrying him. It turns out that she really was born a woman but had a penis surgically implanted during her experimental college years, then changed her mind and became a woman again. When it is discovered that the husband has a tiny vagina located behind his left knee, he is set free due to the lax laws governing spousal abuse in gay marriages.

Season 9 Episode 14 - "The Tugjob Is Free, It's Keeping Me From Mussing Up Your Hair Afterwards That Will Cost You"

A prostitute is suspected of assaulting her customers with their own semen, but her victims are too embarrassed and afraid of being brought up on solicitation charges to testify against her. Detective Benson joins the prostitute's softball team, then hits a game-winning home run, knowing the prostitute will give her a celebratory cameltoe five (the female equivalent of a pat on the butt). Her plan works, and in addition to getting enough forensic evidence for a conviction, Benson is instantly impregnated.

Season 9 Episode 17 - "Ripped From The Headlines"

When actress Lindsay Lohan (as portrayed by Jessica Walter, best known for her role as Lucille Bluth from Arrested Development) wakes up to a ghost wagging his genitals in her face in an enthusiastic pantomime of oral sex, she loses control of her car and crashes into a church, killing a couple who were having sex in a pew as part of a radio show stunt.

Conjoined twin brothers press charges against one another, claiming that each brother has masturbated in front of the other hundreds of times against the others' will. The case takes an unexpected twist when it is discovered that one of the twins is only three years old and the other twin is actually his mother.

A dying man sets out to transmit the AIDS virus to as many women as possible before his demise, but SVU can't make an arrest because no one will sleep with the man. After another unsuccessful evening at a nightclub, the man retreats to the public bathroom, where a poorly informed detective Stabler shoots the man dead, believing that AIDS can be transmitted via toilet seats. Detective Stabler faces grave consequences for his actions when he learns that AIDS is primarily transmitted through one person shooting another in the face with a handgun.