A Message From Your College President

I don't know about you guys, but I hate racism! This is why I was shocked and saddened when I heard the news that one of you little devils went and spraypainted a racial slur on the front windows of the PUMU administration building. Let me get the most important issue out of the way first: polarized glass is expensive. But it is necessary to keep you students from peeping into our business when you should be out and about doing more productive activities, like writing in your Facebooklets and visiting the newly-renovated PUMU Cafeteria with its 24-hour omelette bar. From what I hear, the hot dog-chunk and salsa omlettes are to die for - not literally, of course, because the thousands of pounds of eggs we have sitting out all day are gently warmed to room temperature by state-of-the-art heat lamps found in abandoned inner-city Burger Kings. I bet all of you Economics majors out there can appreciate our frugality!

And speaking of culinary delights, students, I eat lunch in front of those windows every day. Do you think I like to be reminded of my white guilt by staring at our lovely campus through the word "REGGIN" in 20-foot letters? A nugget of wisdom: don't ever use the word "coloreds" during a trustees meeting. It'll haunt you.

As a representative of PUMU, I'd like to stress that we do not discriminate; due to our open enrollment process, anyone with a pulse and $4000 can attend our University for an entire semester. This is why our freshman class is such a diverse mix of high school graduates, single mothers, ex-cons, and members of several crystal meth rehabilitation programs that we are proud to sponsor. So the next time you see a stranger in the hall, say "Hello!" But first, make sure you approach slowly and don't forget to give them a wide berth.

We've Got Spirit, Yes We Do!

The fever is here! Football fever, that is! The recent luck of our Pumas has allowed them to trounce the opposition in the game of football and in the criminal courtroom. We all remember 2006's tragic "Homecoming Incident," which caused most of our starting line to miss many a practice and scrimmage game in 2007. However, this misfortune didn't stop last week's triumphant return of fullback Mark Jackson and his custom-made kneepads (once known as "Exhibit C") with the now-famous flaming skulls painted on them. Fresh out of prison, Mark tore through the defensive line just as he and his buddies allegedly tore through a group of visiting cheerleaders that fateful

October night. Cold with the sweat of hate and fear, and with the metallic tang of stale beer on their breath, they knew what they were doing: bringing us one step closer to state finals! Keep it up, guys, and I'll see the rest of you students at the game! But you won't see me, because I'll be in my skybox! I encourage you to buy a candy bar at the front gate; we are raising money to have padding added to our cold, metal bleachers.

In a show of goodwill, this Saturday our Pumas will be hosting the "Let's Forget About What Happened Last Year Memorial Celebration." This party is Halloween themed, so come on down to Pibb Xtra Stadium in your spookiest getup, and you can win the chance to help design the football players' new recreation lounge (formerly known as the library)! It'll be an exciting night of pumpkins, goblins, and candy, but no apple bobbing -- we all learned a lot from last Halloween's hepatitis epidemic. Who knew that hundreds of people sticking their mouths into a lukewarm bucket of water filled with old fruit would cause health problems?

Oh, and don't forget to show up at the Puma practice field at 11:00 PM for our annual "Spooky Seance!" This year we'll be gathering around the last known whereabouts of pep squad leader Elaine Goodall. Will she speak from beyond the grave? Our lawyers hope not!

Before I leave you students, I have one final bit of news. Pendelhurst University Memorial University would like to welcome Tex "Yank" Gibbman to the newly-created position of Treasury Depletion Specialist. I've known Yank for a good 30 years, so I feel more than qualified to give you a small biography of my good friend. 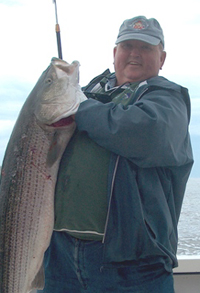 Yank with his new "wife." Ha ha, just kidding, Yank.Yank was once an accountant many different times, but his real passion is fishing for crappies, which we do every summer with our friends up north on a big boat he named "Kickin' Back." Not everything about Yank is "crappie," though: for all of his life, he's rigidly followed the dress code of every business he's ever worked for -- and Yank can tell you he's worked for plenty of businesses. Even on Casual Fridays, Yank would often be seen with not a trace of denim on him, except of course for the fine wallet my ex-wife gave him during the Christmas of 1989. Yank plans on bringing this same sense of professionalism to his new job, where he will create many special bank accounts allowing me to finally upgrade from those tacky 1700 dollar-a-night suites whenever I visit Italy.

If I'm happy, then you're happy. This is my philosophy as President of PUMU, and I think it has worked well for these past three years. But remember, what I'm concerned most about is your future. On that note, the following departments will receive severe cutbacks or elimination next semester: English, History, Philosophy, Foreign Languages, Psychology, Africana Studies, Economics, and all Theoretical (AKA fake) Maths and Sciences. See you next month!