It can be difficult to come up with unique Halloween disguises. If you're not feeling edgy enough to dress up like a recently deceased celebrity, or brony enough to put a substantial amount of effort into a "Fluttershy" costume, you might be tempted to resort to the easiest shortcut in this or any situation: stereotypes. But while crude appropriation of another nationality might seem like a smashing idea at first, it's actually a terrible idea and fuck you for thinking of it! Ohio University's Students Teaching about Racism in Society (S*T*A*R*S) program made posters to help people choose their costumes wisely. If you dress up like one of the costumes in the pictures the people are holding, you're a real asshole! If you dress up like one of the people holding the pictures of the costumes, you're a real asshole, too! (Unless you're of the same ethnicity as the picture-holder, in which case it's probably okay from a racism standpoint, but no one will get your obscure meta-joke so you're still a real asshole!) Anyway, Atarask invited the SA Goons to make their own posters using the "Culture, Not a Costume" template. 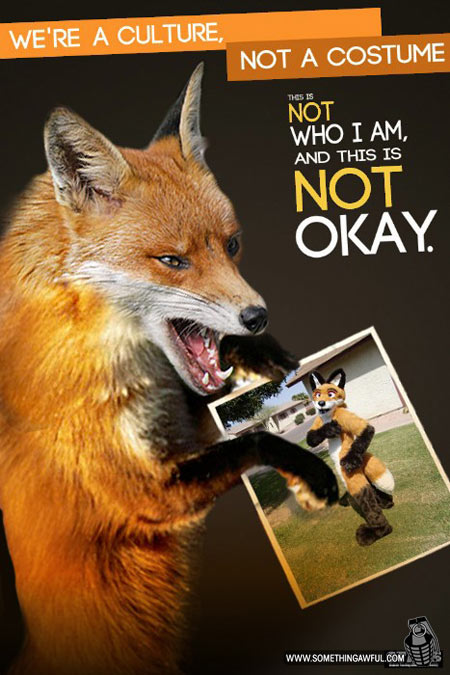 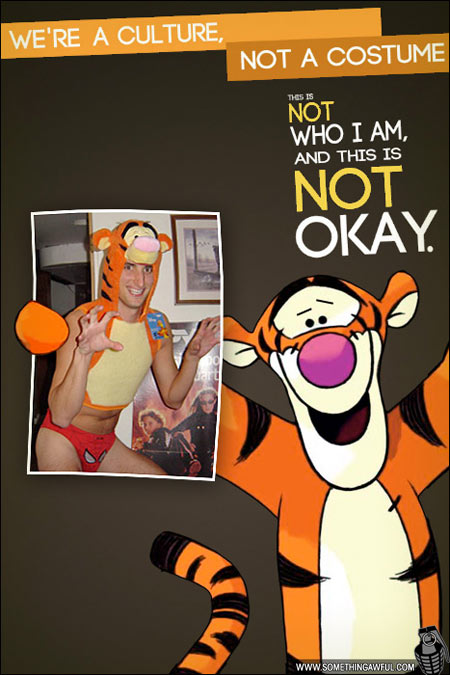 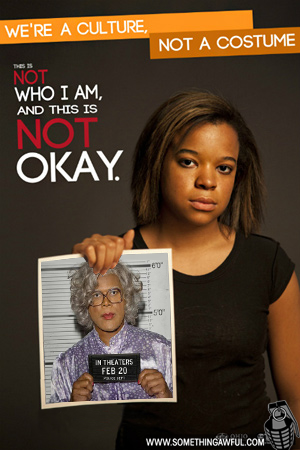 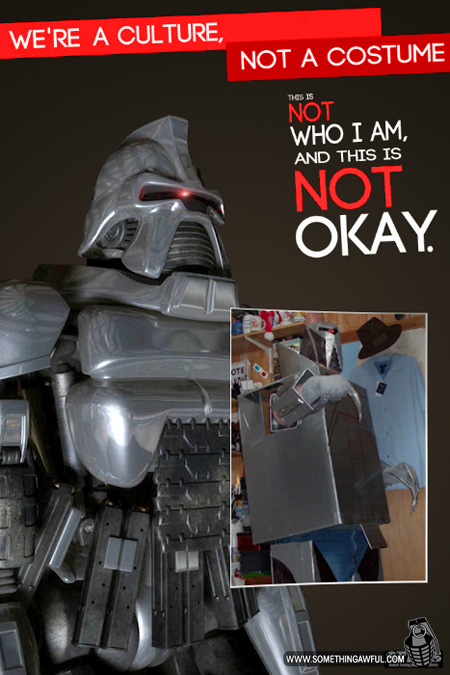 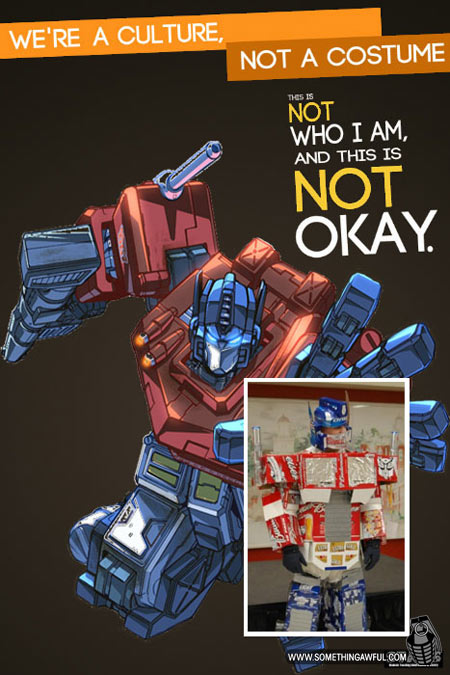