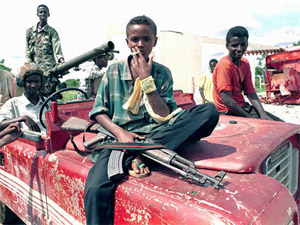 Sometimes when I am alone at night and I cannot sleep because of the machine guns being shot I will think about what will happen to Mogadishu if a big box store opens. I have heard the talk. There was an airplane overhead that Hassan says was the Americans.

A Walmart or a Costco might rob my city of its independent spirit and drive out local businesses. What if they begin to place roofs onto buildings? What if they remove the bodies of people who fall dead in the street?

It is a nightmare scenario I do not even wish to contemplate. It is the death of what makes Mogadishu the weird city it is.

Many days people come into my bespoke fingerless glove shop located in a hole I have dug in the street and ask me, "Farid, what makes Mogadishu such a unique and interesting place?"

Let me tell you! 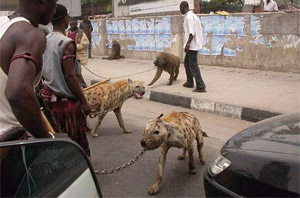 A great local music scene. Nadif who has the drum. It is a large drum and he plays it at all hours. Sufia with the keyboard who sings the song about fishing. A haunting melody. Also there is the militia that will play a trumpet sound on the radio station when they are about to read the names of all people they will shoot that day. Does any other city have this sort of scene? No.

Craft brewing. It is all done on the craft in the old port. The one that came bringing rice last September and was shot with an RPG and ran aground. You can get to it if you pay one of the men in the motor boats and bribe him with cigarettes. Imagine what would happen if everybody drank swill like Miller Lite and not the sour-tasting cloudy alcohol that comes from the drum aboard the ship. Do not even get me started on the mixology scene here. Anti-freeze + fermented dates = yum. 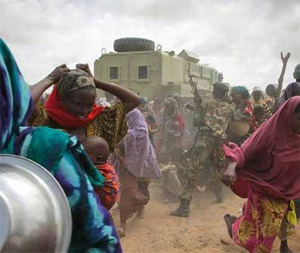 Food trucks. Everyone is following a food truck. You have to be quick, there are so many people. Get behind it and try to catch the sacks of grain they are throwing out. Who hasn't hit a woman and her children for a food sack? It's classic Mogadishu.

Local performance art. Since so many have free time they spend this coming up with amazing art. The video shop where you tell them a movie you want and they will film a quirky version with bored child soldiers based on what they know about the movie. Who can forget the man whose own hyenas ate him? What a commitment to his art. And there was that man with the Toyota car who painted it with pictures of all the places he wanted to go. All of the children loved it before it was set on fire. And then the man was set on fire. And the children also.

Unique characters. Bukar the man who was necklaced twice. Aziz the Skull who has the skull face tattoo. The Russian who trades ammunition and portable phones to the militias. Haribi who makes yard art for sale out of skeletons. Also Mohammad who has a mule. What is that mule up to? We will see.

That great Mogadishu vibe. Man, on top of all the other great things there is just that uniquely Mogadishu vibe. All the weirdness. The children chained to the wall and you do not know why. The McCain/Palin 2008 t-shirts. Amazing 19th century facial hair. Those unexploded munitions in the marketplace that they are bartering for water. Outsider art CDs about being a witch doctor. That type of candy made out of honey. Being able to buy a baby for any purpose you choose.

Do we want to give all this up for lame Subway sandwich shops and Two and a Half Men on TV that we presumably also have? No, we must resist this urge. No city enjoys greater freedom - no taxes, no police, no electricity - but with that freedom comes responsibility.

Every day, everything we do, it is up to us to keep Mogadishu weird.