Lately I have been giving some serious thought to the future. While I enjoy my work here at Something Awful, this is clearly not the place to launch a high profile and high paying career. With that in mind, I have been busy on my next generation of writing projects. My hope is that these will be my ticket to a better class of writers, ones who do not work because they are proud of what they do, but rather because they are huge whores for publishing companies.

Still, a lingering sense of nostalgia and duty forces me to feel some obligation towards all the little people at this community who gave me the boost I needed to get to the top. With the goal of alleviating that pesky sense of attachment, I am giving you all a sneak peek of what I have in the works. Consider this repayment in full for my time here and don't come knocking when I have my mansion. 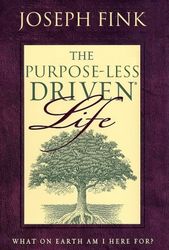 Any pussy can give their life over to Jesus and discover his purpose working in their life, but it takes a real man to fuel his life with sheer lack of meaning. In 40 chapters, each representing a "day" in your journey to animal degradation, we will explore subjects such as the statistical unlikelihood of life's creation, the statistical likelihood of its pending destruction, and how love doesn't even exist man it's like just a bunch of chemicals in our brains reacting and fucking with your head man you can't let it fuck with your head man. After finishing the book, you will have gained the skills and attitude necessary to claw your way up in the world for a few fleeting moments of happiness at the expense of anyone necessary because, in the end, does it even matter?

Day 16: The World Makes No Sense or How Kelly Clarkson Got Famous

Day 33: All People Is Bitches

Day 40: Why Haven't You Killed Yourself Yet? You Scared, That It? No, I Can See It In Your Eyes. You're Scared. Jesus, I Don't Know Why I Wasted My Time With You. 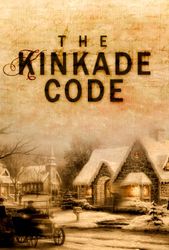 Thomas Kinkade, Painter Of Light And White PeopleTM, has been hiding coded messages in his artwork, messages that may lead to a secret buried for thousands of years. Now it is up to one man to seek out these codes and discover the truth for himself. Also, for some reason, he can't just ask Thomas Kinkade what the secret is. Maybe Kinkade's out of town or his phone line is getting worked on. I'll think of something before it gets published. In any case, The Kinkade Code will grip you all the way from its explosive opening:

Dr. Fredrick Klauster ran away from a shadowy figure. Then the shadowy figure shot him. He gasped and then he died but first he rearranged all the furniture in his house into specific patterns while slowly bleeding to death. He did this instead of calling the police.

Dirk Battalion is the type of man that, if you were a lady, you would be all over. He may not be handsome in the traditional sense, and he may write books for a living instead of doing a "real job," and maybe his wife left him because he wouldn't stop talking about that one book of his that was successful and maybe despite all his massive amounts of money he cries himself to sleep each night in his oversized and oh so empty luxury bed, but he is still the biggest lady's man around. Suddenly there was a car about to hit him.

It didn't hit him.

"Hey, there was a murder in Europe. I don't know anything about this type of thing, and the police could probably handle it but I'm going to fly over there and check it out anyway."

Then the car started backing up and it looked like it might actually hit him this time. Also there was a cliff nearby, so he could maybe slip and fall off that. It's a possibility to keep in mind anyway.

To the pulse pounding conclusion:

I FUCKING HATE RELIGION FUCK RELIGION OH GOD WHY ARE PEOPLE PART OF A RELIGION CAN'T THEY SEE IT MAKES THEM LIKE SHEEP YOU ARE LIKE SHEEP BAAHHHH BAHHHHH suddenly a gun was pointing at Dirk. 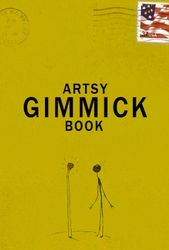 That's not to say no skill at all went into its creation. I had to, for instance, fake sincerity. Each line had to be ambiguous enough to mean absolutely nothing at all, but at the same time give off the impression that it was both warm and profound.

For example, the perfect line for a book like this is "Take ticklenaps daily." What's a ticklenap? As far as I know and want to know, they don't exist, but throw in some crude stick figure drawings that use art techniques discovered around the same time as fire, and I can charge $30 bucks a copy for maybe 500 actual words written. 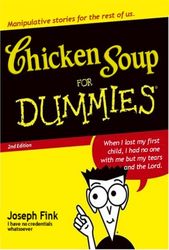 Walk into any bookstore and it should be obvious what sells: the same book over and over. If you can get a successful series going or, even better, a franchise, you are set for life in the publishing business. Or are you?

The sad truth about successful franchises is that, like supermodels and computers, it doesn't take long for them to grow too old. Perfect examples of this are the "Chicken Soup" and "for Dummies" franchises. Can I actually learn piano from a book I spent five bucks clearance on? Who really cares if a dying little girl finds god? (The question is rhetorical, damnit.)

But perhaps if these two franchises were somehow fused, then, like a supermodel with a computer interface, it would create something revolutionary, something that would change how you think about sappy stories and simplified instruction books forever. Imagine how much more interesting a book on dog care would be if it included the following tip:

When bathing your dog in any outdoor area not properly fenced (garage, front yard, etc.), always keep him or her restrained with a rope or leash. Failure to do this can cause the dog to become spooked by the water and run out into the street. This happened with my dear Aunt Agnes. Oh, she loved that dog, but one day it was hit by a car. We were scared of how she would react, elderly as she was, but she just said "Oh, the Lord'll give him back to me one day." Years went by, and every time that dog was brought up, she would say that. Eventually, Agnes got seriously ill and we had to get her hospice care. She lay in the same bed she had been born in, slowly dying of a painful disease. And right before she finally went for good, this stray dog what looked just like Agnes's old dog comes in and barks once. Agnes sees that dog, she smiles, and she passes away. The stray walked out and we never saw it again. I don't know if I believe in the Lord, but I know I witnessed a miracle that day. Also, if you use flea shampoo, be sure to cut it with a little water so it doesn't sting the animal's eyes.

That's as many as I've finished so far, but rest assured that I have plenty more ideas up my sleeve. If all goes according to plan, I will have an entire industry centered around me and more money then I could possibly spend even though I will be trying my hardest to do so. It will be common for movie stars and hip hop producers to casually drop by my house hoping that a stray paparazzi will catch them in the same frame as me, thus giving their career that much more of a boost. I will be forced to devote an hour each morning to a careful sorting of all love letters addressed to me.

But in all that noise and fuss, the truth is I will still remember and miss these quiet times we had together every other Sunday.

I found some gif on my hard drive that was pretty funny but I'm not sure who made it.