I have a few pressing questions that might be explained best by some of those dead on biblical quotes. Being that I am not allowed to read the bible anymore, after I kept raising questions about why the Tribes of Israel had to kill so many people in a place called the Promised Land; I would really appreciate if you could sort those out for me.

Oh wow, you signed your email Henry but I see in your header it says Sam Fisher. I don't know much about like news or wars and stuff, but I remember from my friends TV that you're someone pretty important in the government (I think?). I wish I could remember which part of the government you work for, but all I remember is you were sneaking around killing people and controlling people's lives, and that doesn't narrow it down at all. Anyway, hope I didn't blow your cover.

I'm gonna take your questions one at a time: 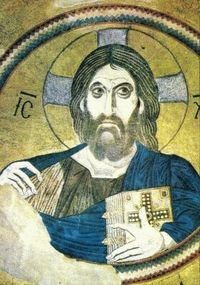 Television is like a major sin. I'm pretty sure there were two original sins in the Garden of Eden and one was television and the other one was probably federal taxes or something. As for gambling, that's also bad. Like it says in the Bible: "If you want to gamble, then you are gambling that I won't punch you with a big fist from the sky. A big giant fist, right from the sky. POW!" (Corinthians 2:5)

2. Why did Satan hide dinosaur fossils so far beneath the earth? Why doesn't Jesus just turn those fossils into something useful like more oil or coal?

It's been awhile since I studied Biology with my mom, but if I remember right it wasn't Satan that hid the dinosaur fossils, but Jesus did to test us. It's like when your youth pastor stands behind you and says "Fall backwards, I'll catch you" as a trust thing. But instead of being a little dizzy from being at a party and accidentally letting you fall on a box of thumbtacks, God actually gave us a Bible so that we wouldn't get stuck with a bunch of thumbtacks&I dunno I kinda lost my metaphor there.

Basically just listen to this bible quote: "Dinosaurs were around when humans were. They were all chilling out together and then I killed all the dinosaurs for no reason and buried them really really deep in the ground forever. Makes you think, huh?" (Genesis 1:5)

3. If Chewbacca is not a Christian, will he still be in heaven?

Chewbacca is fictional, right? All fictional characters go to hell, for obvious reasons.

4. Why is everything made in China?

Well, not everything is made in China. For instance, the Earth was made in space, and I was made in space and then teleported to my mom's womb just after mom and dad married (I haven't reached this level of biology yet, so I may be mixing up this process a little).

I think a lot of Satanic religions were made in China, like Buddhism and Communism. Also my shoes. I guess China is a mixed blessing.

5. I learned on HBO that during development in the womb, the part of the body that forms into sexual organs take sharply different development stages. the part on the woman that turns into the clitoris is the same part on a man that turns into a penis. Why does the devil science want us to believe that men and woman develop vary similar when my mother told me that god gave man a penis then made woman with a place to put it, but god wounded woman and makes them bleed and act crazy 25-100% of the time.

Dang, I think reading that was worse for my immortal soul than the whole taking drugs with gay bikers thing. I think you should really think hard about what Jesus has said about filthy stuff before you start using words like you did: "Sticks may be used to crucify me, and stones may be used to kill anyone I don't like, but words probably hurt the most. Especially sex words. Ew." (2 Chronicles 5:13)