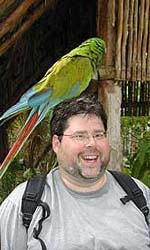 HELLO!!!!!!!!!!!!!!!! It’s me here, writing to you very passionately because I was thinking about the bird business your mother and I started when you were young and we built the roosting shed out back: MY MYTHIC BIRDS. Why do I bother trying to get jobs and think of new ideas when this formula worked perfectly for 7 months until the birds got a fungus and shared it and all died except for one bird that we had to give away (parrot dementia)?

We went to birthday parties all over town and brough our bird collection for $40 and we let the birthday participants hold the birds and pet them and give them new names which we reset to the old names as soon as the birthday was over. We used to let them name the birds but this stopped after some bad teens named all my birds things like The White One That Keeps Screaming and Grey Dumb Bird and Ant-Infesty. 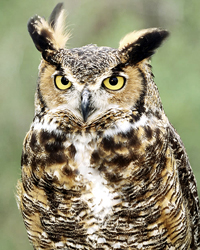 I was fine with their jokes though because these birds knew tricks that could dazzle the dreariest party!!! A lot of them could fetch and were trained for complex tricks but none of them could do tricks as well as the Great Horned Owl, Brutus. He was a magnificent creature!!! We taught him a trick one weekend where you tie a short rope to his legs, and tie the other end to your arm, and he would take off a few feet up and the rope would pull you by the arm a little bit for a second and Brutus would land. We tried this on one birthday on a very cold day with a customer kid. We all went out to the street and tied a really long rope to the feet of the owl, maybe 60 feet in length, and tied the other end to the arm of the birthday man!! An overweight tween named Shawn who was already mad at us because our bird show made all the girls call their parents to get picked up but it was going to be OK because this was our big new trick!! We gave Brutus a slap on his rump and he started taking off at about a 60 degree upward angle... he could really climb!! But he probably forgot that he had the rope around his feet and when he hit the end of the rope he pretty much went straight down at a high rate of sped uncontrollably (from the speed i suppose) directly into some car’s rear window. It was a sad trick because even Shawn cried since my bird friend plunged to his death and we pulled had to the rope to reel him back in

The car alarm on that car was making a ton of hoopla over basically nothing and the guy who owned it came running out shouting “What Have You Done, What Have You Done To My Car!!! I Have Work Tomorrow” which didnt impress me at all because I had work TODAY with the birds job. Your mother and I packed up the birds dead or alive and went home and had a funeral for Brutus where we buried him under the driveway so neighborhood cats would never find him. but they did paw at the driveway sometimes. YOUR FRIEND IN BIRDS!!!! DAD!!!!!!!!!!!!!!!!!