I have been fascinated by robots ever since the first time I saw the smash hit of the 20th century "Ice Pirates" which featured a short robot and a tall robot and I think a trash-talking robot, although I could be wrong. These robots were great! They were not only incredibly sophisticated, but they were in space AND pirates. Unfortunately science has a way of not living up to science fiction that can be thoroughly disheartening. Dream for robotic space pirates and end up with a Speak N' Math.

Why can't I plug my computer into my head to hax0r a mainframe computer run by the Yakuza and the Giant Evil Corporations William Gibson? When is my robotic enforcer coming to hunt down escaped droids Heart Beeps? Where is my reflective sexbot mister Cover of Heavy Metal Magazine? Skynet self-aware my ass, Skynet would be lucky if he could figure out how to run AIM and ICQ at the same time without crashing.

Check and mate Deep Blue, because the unlimited excitement of technology that seemed so prevalent on the cusp of the 21st century has already just about run dry. This explosion in the oft maligned "tech sector" owes itself to nothing more than unrealistic expectations finally dashed when everyone in the whole world realized ordering groceries from the internet might be the worst idea ever. Next to Pets.com, that was worse.

I am not a luddite. I am not writing a raging manifesto about the evil commie computers trying to take over and ruin the lakes and eat your children. This is about unfocused expansion gone wrong. Dump all the money for 50 good ideas on 50 good ideas and 4,000 bad ones and suddenly all of it looks like a big mistake. The economy never should have been relying on the Internet and technology. Now people at steel mills are losing their jobs because the construction firm who was building the lofts for a number of dot com start-ups suddenly doesn't have any projects to do.

Hey, guess what kids? We don't get to eat this week because the CEO of shaft-ticklers.net got a 500,000-dollar bankruptcy bonus and now Big Jim's Uranium Refinery can't afford to pay us. No, it's okay Timmy, you can take a job in the coal mine and earn your black lung badge of courage.

I would like to blame the Democrats or the Republicans, maybe Bush or Gore and their election battle-of-the-sexes, but I can't. I can, however, blame L. Ron Hubbard. Way to go with that whole Battlefield Earth thing man, the NASDAQ fell 85 points today because of you. 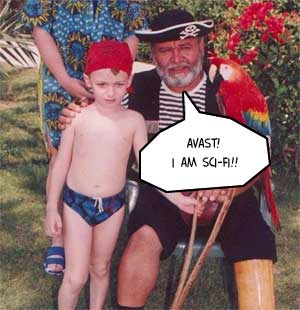 There's a Rumor on the Streets…

Word is out and you had better hear it before it hears you! Somethingawful.com and The Estate of Abrham Lincoln proudly present the Something Awful Gold Foil Embossed Limited Edition Collector's T-shirt. Shipped to you in mint condition, this versatile garment knows when to say "elegant", "sassy" or even "eat a bag of hell".

That's right! Here is your opportunity to own a piece of the future! Each shirt comes with a hand-sealed package within which it is shipped. Package may vary. Also included is a personal letter from Lowtax to you. Choose from one of the following.

Each shirt is lovingly crafted by skilled Taiwanese child-artisans and transported in refrigerated trucks directly to your house so that no spoiling or contamination will occur. Something Awful would like to apologize fully for any inconvenience it may have caused recipients of shirt batch 455. We did not know about the hornets. Order now! 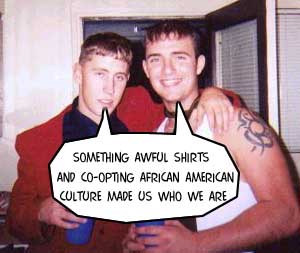