If Everybody Pulls Together, We Might Just Save Our Town's Abortion Clinic

I know times are tough right now. The nuisance laws have gone into effect and the carpeting and walls in Doc Musgrave's clinic are not up to the new code. He has the wrong number of steps, the wrong bathroom lights and, according to the new laws, all the switches have to say "mama" in a cute baby voice when you turn them off and on.

That's it, right? Close him down. No more Doc Musgrave. Put up that Buffalo Wild Wings. 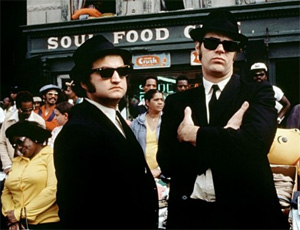 Is that how we think? We're just going to forget all Doc Musgrave did for us and let him be driven out of Oakdale?

I say, look at yourself. Each and every one of us has a memory here at Doc Musgrave's clinic.

Penny, you remember when you were fifteen? Imagine how hard it would have been to get that engineer degree if Doc Musgrave hadn't been there to help.

Vanessa Ritter, we knew about your visit because the ultrasound technician told everyone in town about the inside out monster baby you had inside you. Are you just going to let Doc Musgrave close up shop? Does the next woman to come along need to give birth to the monster baby?

Tom Johnson, I see you there, I know you're pro-life, but when you were nineteen and you got your sixteen year old cousin knocked up who was it who was there for you with a syringe full of go away juice? Lou Dahl, you've got a daughter, how would you like her to have a rapist's baby? Is that something she should have to do? Because if you're just fine with that idea then let's go ahead and let Doc Musgrave go out of business.

Look, y'all, I know this is a sensitive issue. It's hard to talk about how maybe when a baby first gets conceived it's like a little tiny wad of chewing gum stuck in there. How it's the size of a rice grain and has as much feelings as a brine shrimp. Maybe you're a 50 to 70 year old white man and you know everything there is to know about a woman's sex hole and what she's allowed to do with it. That's fine. I ain't trying to tell you how to live your life. All I'm trying to tell you is that a beloved member of our community is about to be shut down unless we pull together and save his business.

Penny, how about you get all the girls in your knitting group to make quilts with little abortion scenes on them and sell them at the VFW? And, Vanessa, you're in that local production of Oklahoma, right? Get everyone there to hold a benefit concert for Doc Musgrave. All proceeds to go to his clinic.

Tom, I know you're pro-life, but as a businessman, thinking of another small business in town, how about donating a used truck? You could have one of those hands on a hardbody deals. We could get WBEK, The Beak, involved and everyone buys tickets to win a used F150. Worst case scenario, it will get a lot of people on the lot and looking at your cars. 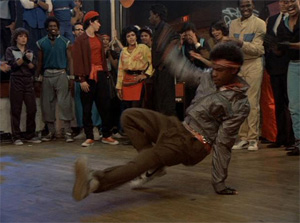 And Lou, Lou Dahl, I don't want to say a thing to you about how to live, but maybe if you could just put up a little donation jar on the counter at the Easy Eggs Cafe we could help buy Doc Musgrave some new light fixtures.

Then, when we get all of the money, me and all of the kids from the breakdancing school and the summer camp will get together and work our butts off fixing Doc Musgrave's place up. We'll clean it and make sure it's exactly up to code and we'll have a pizza party.

Come on everybody! Are we gonna let them divide our small town? We gonna let some gross fetus pictures tell us what to do in Oakdale? Do we want that developer to have the lot to put up his chain wings restaurant? Heck no! If we all work together, we can save this abortion clinic!