If you’re like most people, you probably see Something Awful as a humor site and nothing more. You visit once a day, send an email calling the writer a "faggot idiot", and get on with your life. Up until about nine minutes ago, you would have been correct. Up until about nine minutes ago I would have been sober enough to drive myself to work. What’s my point? My point is this: The world is too dangerous for you to take on by yourself. You’re gonna need a lot of help, and it's going to need to be endorsed by the writing staff of a moderately popular humor site. I’ve been authorized at gunpoint by the big man himself (Stone Cold Steve Austin) to share with you some of the exciting things that will be making their way into your living room, kitchen, bathroom, and (if you’re lucky) bedroom and also (if you’re unlucky) funeral.

Melt away wanted and unwanted pounds with our health, home and happiness catalog! 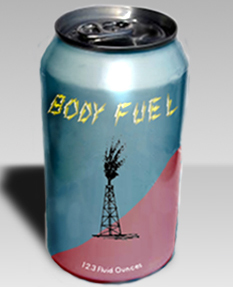 Z to the P™ Body Fuel
The only question that Zack "Geist Editor" Parsons gets asked more often than "What happened to that $20 I left on the counter?" is "How do you manage to write 3 to 4 pieces of content per week and still muster up the energy to break out of rehab twice a month?" The answer is simple: Fatal Familial Insomnia. Unfortunately for the rest of us, this disease is almost as impossible to contract as it is to cure… until now.

This delicately engineered mix of Taurine, Pabst Blue Ribbon, North Slope Alaskan Crude Oil, and a cinnamon scented emulsifier will have you saying "I haven’t slept in over three weeks!" after only a few days use. Choose from flavors such as "Snackberry Punch", "Ham and Pineapple", "Hazmat", and "Diet Kosher" for our Jewish friends. Not only does ZP Body Fuel give you the energy to pull your scalp off in bloody sheets and hallucinate in broad daylight, it’s great for dieters too! Sometimes energy drinks aren’t enough to melt away the jiggling, dimpled evidence of your revolting sedentary lifestyle. That’s why we’re proud to bring you… 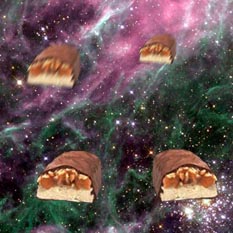 Rich, Lowfat Kyanka Bars
For a lot of readers, melting away that stubborn nerdfat is as hard as talking to girls, or making eye contact, or having a 3 minute conversation without mentioning World of Warcraft. I don’t feel a goddamn ounce of pity for you, but Rich “Lowtax” Kyanka seems to. You may be asking “What good is his endorsement? He doesn’t even need to diet! Those untameable curly locks of his get him more babes than muscle tone and self-confidence combined!” Oh, really? Ask him about this prom picture. Compare that to the Lowtax you all know today, and you can see the kind of results this product is capable of. In the skateboarding world, he's done what we call a complete 540, and all without ever having to eat those bland, unsatisfying diet foods that taste like stale fish (another skateboarding term I think!) Surf's up, "bro"!

Each Rich, Lowfat Kyanka Bar contains 6 calories, 0 grams of fat, and just enough mercury to remind you how precious and fragile life really is. Available at GNC and other fine stores. 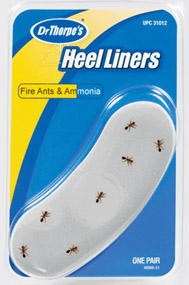 Dr. Thorpe's Inserts
Boy, Dr. David Thorpe sure can be a big grump sometimes, can't he? From time to time, I'll express that same sentiment by saying "Who put the fire ants in his shoes?" Well guess what, he did, and now you can too! Dr. Thorpe's Inserts enable you to go from zen to irate in the time it takes to put your shoes on.

Says the doctor himself, "I designed these inserts in my garage back in 1997. My band Razzle D. Dazzle and the Glitterscouts were six weeks away from going on tour with Smashmouth, and I just couldn't keep up the intensity for a compelling stage presence night after night on my own. I knew I needed help. These inserts were just what the doctor ordered." It isn't exactly clear what he means by "just what the doctor ordered", as Razzle D. Dazzle and the Glitterscouts were taken off the ticket two weeks before the first date after all 5 members independently overdosed on heroin within hours of one another, each at a completely different party. Nonetheless, I remain confident that this product will hurt the shit out of your feet! 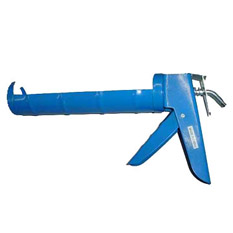 Corin Stucco's Caulker
The way you live disgusts Corin Tucker's Stalker and I so much that we decided we had to devote an entire line of products to home improvement. Unfortunately, he sobered up and went home, so I was forced to pick up the slack.

This is all I could come up with, and it basically does exactly what it says, so why go on? There's not a whole lot of jokes you can make about caulk. At least no obvious ones. I mean there are a few but all the big caulk jokes have been taken. You have to try really hard to get anything interesting to come out of caulk. I play with my caulk so much. My caulk swells when it gets hot. One time I got caulk in my mouth. Less talkin', more caulkin'! $79.95 + tax and shipping.

Sick of feeling good about yourself? Why not feel bad for others?

As people get older, they begin to as themselves "Am I going to die without having made a difference in the world?" Not if we have anything to say about it, and we do! For tax purposes, and to satisfy the terms of a ruling handed down by the state of Maine, Something Awful is now throwing its hat into the chain-link octagon of charitable corporations! Additionally, in order to comply with the same ruling, we are legally sorry for referring to lobsters as "the second biggest faggots in the sea." We will be offering a seafood cookbook with recipes for several savory lobster dishes. The proceeds will be split between the state of Maine, lobsters, and faggots. Look for it on bookshelves by the end of the year.

Cooking is great, but it's really not for you, right? Don't take a hike just yet, Jack, because our not-for-profit ventures have much more to offer you than just crustaceans and apologies. One project currently in the pipeline is a Scott Peterson legal defense fund. Donate $25 or more and you'll receive a t-shirt emblazoned with the remorseless face of the alleged wife-and-baby killer as he was sentenced to die by lethal injection. Underneath his charmingly cold stare are the words "I pulled over and threw up when you cried", which is, of course, Scott's personal catchphrase, and was taken completely out-of-context during the trial.

Scott Peterson's sob story is still too much story and not enough sob? Try one of these badboys on for size! If this doesn't hit close enough to home for you, then maybe your home is just too far away. 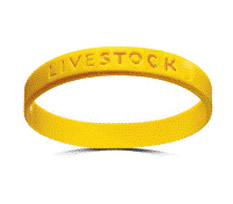 Livestock Bracelets
Our very own Livestock is in deep trouble. He's got a big problem. He doesn't know if he'll be able to make ends meet this month. What's the problem? Depends on what month it is. Right now he needs $300 to get his 68 Dodge Dart of the police impound so he can go looking for a job. Last month his cat was really sick and you wouldn't believe how expensive a holistic veterinarian can be. Plus he's allergic to cats anyway and his health insurance doesn't cover Allegra.

What will it be next month? Gambling debt? Carpal Tunnel Syndrome? Your guess is as good as Livestock's, and that's why he's such a boon to the world of charity, and to you, the charitable donator. You can cure AIDS, you can rebuild houses, you can Save the Music™, but Livestock is still going to be $70 short of paying his heating bill. What does this mean for you? It means your Livestock bracelet will never go out of style, because he'll still need as much money as he did the day you got it. Plus if any of your friends ask about it, you can just say it's for FarmAid.

Thank you for your patronage.