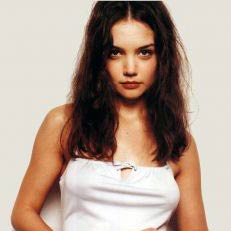 SHE DIGS IT!In one of the biggest developments since the signing of the Magna Carta in 1215, actress Katie Holmes is converting to Scientology. "She digs it," reads virtually ever news headline in the known world. Now I'm not the most informed person on Teegeeack, but I honestly had no idea who Katie Holmes was until Tom Cruise decided she was important while in the midst of his own personal Mel Gibson-like downward spiral into religious zealotry.

Naturally, this got me thinking a lot, so I did some research. Apparently Katie Holmes is in the new Batman movie, and Batman is the superhero alter ego of billionaire Bruce Wayne. I spent the rest of the day reading Batman comic books before eventually deciding to finish my research. Batman is pretty awesome. Regardless, as far as I can tell, Katie Holmes is still pretty much a big nobody plagued by pesky thetans or, in layman's terms, spirits illegally occupying her body. But you know what, with a little help from Scientology, she'll be a real somebody. Scientology is about transcendence and going to indescribable places on the back of pure, mind-blistering imagination, far from the doubting reach of logic or common sense. Like all things, the first days are always the most memorable. Katie Holmes, you're in for a wonderful ride!

The First Magical Days of Scientology

As a new member of the Church of Scientology, you're going to enjoy a tremendous buffet, dining with such notable Hollywood stars as John Travolta, Corin Nemec, and Tom Cruise. Be sure not to let Kirstie Alley cut in line, or there will be nothing left for you! Just kidding, there's always plenty of fresh baby meat going around the Flag Land Base. The buffet is kept well stocked with fresh baby limbs emptied hourly from the giant Hubbard Kiddy Grinder Mark IV located one floor above.

After the meal you will relax in the beautiful Dianetics IMAX Theater for an exclusive screening of "Battlefield: Earth" alongside the film's heart and soul. Afterwards, John Travolta will regale you with trivia, behind the scenes stories, and humorous anecdotes from the making of this landmark motion picture. Once you are fully versed in "Battlefield: Earth" knowledge, you will be administered a near-lethal dose of knockout gas. 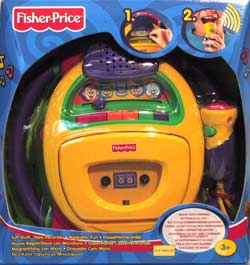 Sophisticated E-Meter MachineWaking up in the basement of the Flag Land Base can be a discomforting experience, but don't worry, as it and the explosive collar strapped to your neck are all part of your spiritual journey. At this point, because the thetan forces inside you will be telling you to run, it is important that you resist them. The collar will explode if you leave the premises and a cover story explaining that you tried to steal three tons of C4 explosives in the trunk of the original 1966 Batmobile will be leaked to the press. The CoS will also sue your family for damages.

Feeling comfortably helpless, you are now ready to begin the orientation process. At this point you will disclose all financial assets to your new Scientology caretakers and sign several wavers agreeing to let the CoS use your name and likeness for corporate promotions and important press releases and legal notices.

The CoS will also need to determine just how troubled you are by thetans. To accomplish this, you will hold some metal cylinders that should maybe hopefully cause the dial on the E-meter's gauge to move. If it doesn't, then the E-Meter technician is authorized to guestimate your spiritual standing using a simple thetan-weight ratio L. Ron Hubbard scribbled down on a Bob's Big Boy napkin.

Once your paperwork is in order, you'll be ready to enjoy some quality fun with your new Scientology family! 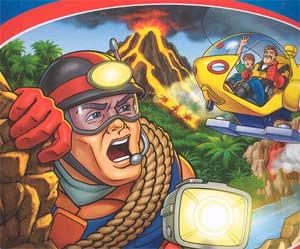 The last days of TeegeeackAfter that stressful second day, you will undoubtedly need to unwind and be reassured not to call authorities for help. Provided you don't squirm or try to escape, you will be taken to a top secret SeaOrg waterpark located deep in the Mediterranean. Once there, you will be treated to a lavish banquet, and be the guest judge for a diving contest between Isaac Hayes and Giovanni Ribisi. Afterwards, the whole gang will join in for a delicious baby barbeque and share campfire stories about the old days, when the solar system and Earth (Teegeeack) were overpopulated with hundreds of billions of people.

All religions require learning and sacrifice, and Scientology is no exception. To truly become a scientologist, you'll need to be systematically brainwashed to the point where your mind is just a big old bowl of highly pliable silly putty. That's when you're mind is clear and open to understanding the wisdom that is Scientology without having some pesky thetan inside you say, "that's bullshit!" Don't perpetuate the vicious cycle that Xenu started so long ago, break free and become clear.

Over these tense days, you'll learn that you're not just any ridiculous idiot—no, you're the Church of Scientology's ridiculous idiot! Somewhere in the middle of this you'll probably find the time to learn to pilot a zeppelin. Also your friends and family will fear you, but that's just because the thetans inside them are jealous of your newfound clarity.

The collar comes off and you're released into the wild a free minded, free thinking Scientologist, ready to reshape the world with your imagination!

Being a true part of the family, you'll be ready to experience the monumental benefits of being a Scientologist. Strap in tight, because John Travolta and the Scientology Gang are about to take you on a flight into outer space on board a state-of-the-art rocket ship invented by L. Ron Hubbard on a lazy Sunday not spent filing taxes. Travolta, an experienced pilot, will zigzag through asteroids, swooping low through Martian canyons, and landing at the base of a large volcano on Jupiter, where you will enjoy a lovely picnic amidst the oppressive gravity and 600 mph winds.

Then it's a quick jot back through the solar system to good old Teegeeack for the start of some more fun with your good friend Oprah Winfrey! She'll have plenty of questions to ask you, and this is your time to really sell the world on your new family.

There you have it, Mrs. Katie Cruise-Holmes! Scientology is not without its bumps, but overall, it's a very magical ride. Hop on board today!

Here's some Daily Dirt, okay? Okay, good. Here it is.