The 1980s and early 1990s represented the last golden days of the basement game developers. During this period small teams and individuals could develop a videogame from start to finish with little budget and even less planning and hope to turn a modest profit. Publishers big and small churned out thousands of these titles, bought for a pittance from the developers and given a marketing budget equal to the release of a new type of screw or nail. In many cases the cover artwork was appallingly bad and had little to do with the content of the game. We solemnly hang the worst of these in the Art House of Horrors and attempt to decipher the game behind the cover.

Thanks to mobygames.com for the cover art. 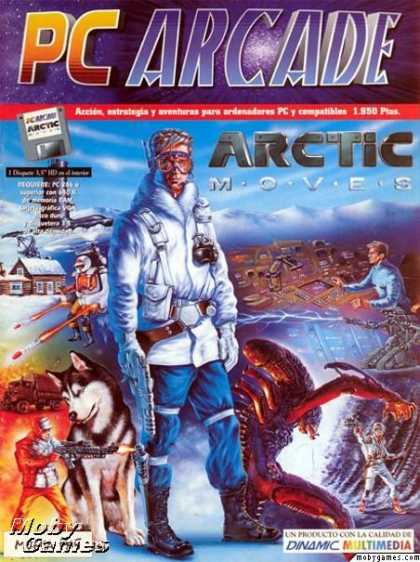 Zack: I wonder if he gets good reception on his goggles.

Steve: This cover is like a list of things John Carpenter should have put in "The Thing" to make it even sweeter.

Steve: Whoa, I didn't even see that robot until you pointed it out. There's just so much awesome stuff going on here.

Zack: Developers these days are so cautious and dull. They'd never just take some trademarked character like that alien and throw them into their game. I can't see the people at Bethesda talking about Fallout 3 at some meeting and Pete Hines is like, "Alright, guys, fuck it. Spiderman is in."

Steve: "Yo, you know what would make this Pokemon game way better? Freaking Gumby."