Stuck at Point A

What the hell is wrong with transportation in America? We're the greatest nation on the planet. We built The Hoover Dam, the atom bomb, and invented Nascar Potatoes, and yet we can't build or maintain transportation infrastructure that is not ridiculously expensive, uncomfortable, or slow.

Let's say you have to go somewhere. No wait, that's not right. Let's say your father has to go somewhere. He has a business meeting in some other state and he works to keep his deadbeat son alive. He can't tell you to get out of the house because he isn't that kind of guy and he knows that if he did his only son would be sucking dick in an alley somewhere in exchange for credits in Star Wars Galaxies. He goes to bed every night wondering what he did wrong raising you all those years.

So anyway, dad is going on a business trip. What type of transportation is he going to take? That depends on how long, painful, and expensive he wants it to be. 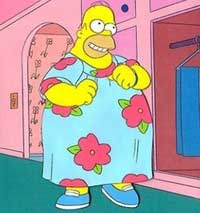 I remember TV.The hot button issue these days is gasoline prices. Dad can't understand why he has to spend so much on gas while sand African Americans in those loser countries are getting rich because they happen to fart crude oil. Every night at family dinner time, an event that mom has to pry you away from your guild raid to attend, dad bitches about gas prices and how we should nuke those sand African Americans off the face of the planet and take all their oil.

At this point dad is already pretty pissed about his drive to meet with some jackass who runs a box factory so he can talk about merging synergy paradigms or some bullshit just to earn a paycheck and keep his loser son off the streets. Despite the high cost of gas, driving is still a pretty awful experience.

Some states have passed hands-free cell phone laws in order to make driving safer. You can still text and talk on the phone, as long as you don't put the phone up to your ear. Balancing it on your knee and trying to figure out how to enable speaker mode at 90 MPH is a much safer way to talk while driving. And the only reason he has to use the phone is to call that jackass at the box factory to let him know he's going to be late because he hit bumper-to-bumper traffic, which gives him time to think about what a disappointment his son is.

By now dad is getting pretty tired from all the stress driving, his career, his fat wife, and his pockmarked son give him. He's starting to nod off. He's unable to keep his eyes on the road. Just a couple seconds to rest his eyes won't hurt. He's slipping into slumber and BAM! Dad is dead. Slammed head on into the center divider. All because he didn't use a condom.

To avoid such a tragic fate, dad should weigh his options for his business trip, or invent a time machine, go back 23 years, and push his newlywed wife down a flight of stairs.