Our Child Mayor Must Be Stopped 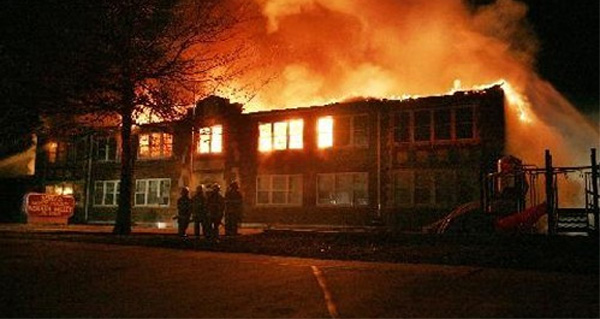 Hello everyone. My name is Chad Dowling, and I would like to thank the City Council for letting me address them at this month's meeting. Rest assured, the things I say will also be displayed behind me in large, succinct bullet points through the magic of Microsoft PowerPoint, so you can play with your phones for the next ten minutes and only glance up occasionally to get the jist of what I'm saying. I would like to thank my eighth-grade niece, Katie, for putting together these visual aids, and kindly ask that you ignore the many instances of Garfield clip art that she has liberally sprinkled throughout. I tried to talk her out of it, but that kid's just crazy about Garfield. 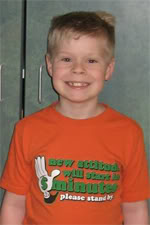 The cancer... It's -- it's made him stronger somehow.Ladies and gentlemen, a menace walks the streets of our fine town. I think we all know who I'm talking about: he's four-foot-three, seven years old, and absolutely full of cancer. Remember the countless fun runs we had to raise money for his hospital bills? Well, I would gladly trade these shin splints of mine for a tiny coffin with little Jayden Orton decomposing inside. Yes, gasp all you want. Also feel free to chuckle at this image of Garfield kicking Odie off of the kitchen table. Emotions are useless; what we need now is action.

We really have no one to blame but ourselves. When we got together and decided to contact the Make-A-Wish Foundation, how were we to know that their powers superseded those of the President of the United States? Apparently, they ruled this country back when our chief export was genies -- thanks to Roy for digging up that interesting fact. So when they rolled into town with their fancy mini-vans, were we at all worried when little Jayden -- barely able to leave his hospital bed -- asked if he could be mayor? Did anyone jump in and write "for a day" on that legally-binding certificate? No. We respected the wishes and dignity of a dying child, and now must suffer a hellish existence that naturally stems from this sort of aberrant behavior.

Remission. It might as well be a four-letter word. Jayden's first few days in office mainly involved the mayoral staff humoring the boy and silently weeping in the smoking break room. What with me being the mayor's right-hand man, Jayden and I had quite a first few days; I showed him how taffy is made, we rode in a blimp, and disgraced baseball players signed just about every card he shoved in front of their sunken faces. But then day three rolls along, and he suddenly wants to start making laws? "Sure, sport," I say, "Why don't we make it so little Jayden gets free candy every weekend?" His ideas were much more drastic, and The Foundation -- as I will now refer to them -- informed me the c 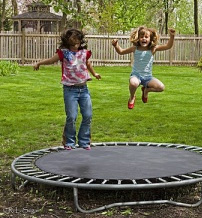 Girls, no! That's just what he wants!onsequences would be harsh if we did not follow Jayden's instructions to the letter. As I speak to you today, we now are in our fourth month without a single school within our city limits. I agree that the great fires gave our humble town national attention, but at what cost? And I guess to symbolize our situation, here is Garfield not liking Mondays and also skateboarding. Next slide, please.

I shouldn't have to tell you that nearly 400 educators and faculty lost their jobs due to Jayden's folly. And the gangs of children that now roam the streets have made a simple morning jaunt to the liquor store more perilous than driving under the Orton regime's single traffic law of "go fast." And what does little Jayden say when our police force wants to know how to deal with the sharp increase in street crime? "Shoot all the bad guys." Given our city's previously-set standard of only hiring policemen who become sexually aroused when viewing footage of the Rodney King beating, I shouldn't have to tell you the size of that lead balloon, nor how poorly it went over. You remember how we were able to avoid worldwide scrutiny by treating our local Occupy movement with tolerance? Try explaining that to Wolf Blizter when he shows up on Main Street, standing in a river of blood. Okay, it was more of a creek than a river, but there should never be so much blood at once.

I hear the pizza alarms ringing in the distance, so I'll go ahead and wrap things up. Ladies and gentlemen, our child mayor must be stopped. Let me just drop a few statistics on you. Monthly trampoline-related fatalities before Mayor Orton: 0. Monthly trampoline fatalities after Mayor Orton made the ownage and use of trampolines mandatory: 54. Fatalities that could have been prevented had Mayor Orton not replaced the Emergency Broadcast System with encore airings of Phineas and Ferb: 49. In summation, this image of Garfield and a spider illustrates our best course of action. Now if you'll excuse me, as I am still employed by the mayor, I must continue my fruitless search for an actual, working jetpack.