The Subtle Differences Between Andy Paulson And The Known Universe

This, as you know, is Andy Paulson.

This is the known universe. 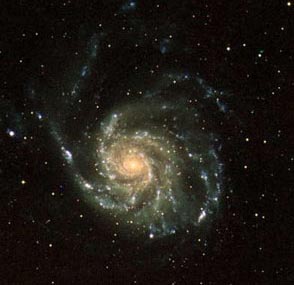 At first glance they appear to be one and the same. However, upon further inspection their differences begin to emerge and the two are revealed to be entirely separate entities.

Everywhere you turn, you're bound to overhear someone confuse them, whether it be in everyday office talk or on national television. This is the Bill Pullman/Bill Paxton scenario on an entirely new level that we frankly weren't prepared to face as a nation. Perhaps we could have coped in better times, but we have been weakened by North Korea's relentless nuclear strikes on our soil and the theatrical release of Little Man. We've become battle-weary, too tired to lift our heads and take notice as this situation escalated until it reached a critical mass.

Now that we know the dangers we face, how can we begin to tell the two apart? It's quite simple. Each one of the following facts is exclusive to the person or universe it describes, meaning that if a statement applies to the universe as we know it then the converse of that statement applies to Andy. If we can all take the time to memorize these simple facts, we might just clear up the confusion and make it through this alive.

Andy has been fully explored and mapped by NASA.

The known universe has never faked "sympathy cancer" for Lance Armstrong just to get out of jury duty.

Andy is not now, nor has he ever been, affiliated with the communist party.

The known universe does not make or receive calls on its cell phone while in a book store.

Andy knows that he is simply an infinitely vast collection of solar systems and cosmic debris, and accepts his limitations.

The known universe can drive a stick shift.

Andy is something of a Dungeons & Dragons nerd, and has a level 9 halfling bard.

The known universe has a level 12 elf ranger.

At any given time, there are no more than five or six telescopes trained on various parts of Andy.

The known universe knows that Jessica from Accounting is way out of its league, and doesn't leave anonymous mixtapes on her desk each Monday featuring songs by Peter Frampton and Chumbawamba. 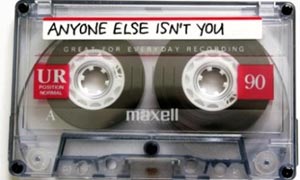 Andy has never gotten into a fistfight with the umpire at a little league baseball game.

The known universe knows that although Stanley Kubrick's films were originally released in widescreen formats, he intended for them to be viewed in the standard television 4:3 aspect ratio.

Because he is not a vacuum, any sound waves that emanate from within Andy can be carried and heard, much to his dismay during that date at the silent film festival.

The known universe does not snort when it laughs and wolf whistle when it cries.

Andy does not claim the lives of astronauts unless it is absolutely necessary.

The known universe has never paid for sex with a check, then cancelled that check an hour later.

Andy thinks that there are probably other forms of life beyond those found on Earth.

The known universe doesn't sleep in a hotel every night just because it heard that most accidents occur in the home.

Andy doesn't namedrop to get tables at nice restaurants without reservations.

The known universe does not condone the Canadian sport of pregnant woman punching.

Andy can fit inside a coffee can.

The known universe never cheats when playing multiplayer console games in splitscreen mode by looking at its opponent's portion of the screen.

Andy doesn't get into political arguments on the internet and then go to bed angry and crying because it didn't change anyone's mind.

The known universe never forgets to feed its dogs, or barring that, to bury them.

The known universe has one stomach.

Now can you tell the difference? Good, good. Next we'll have to nip the confusion between Gabe Newell and Gabe Newell #2 (which quite frankly I don't understand) in the bud before it spirals out of control.

I Am Idiot Legend

Let the record show that on this day I have broken the content menu by savagely - and without warning! - publishing Video Game Article three times. This mistake will probably be fixed shortly because it's so much easier to tear down than it is to create, but this moment has now been immortalized until this article is pushed off the front page and completely forgotten in two days.