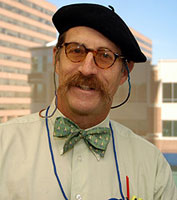 Doctor Dating says: "I am no longer a registered sex offender!" Hey everyone, Doctor Dating here. Are your lives empty to the point where the only highlights of the bleak rut you've dug yourself into are the anguished midnight screams of heartbreak that officially count as "manic" in your bipolar mood swings? Is your desperation for companionship so strong that even neighborhood dogs are aware of and creeped out by your codependency? While some nincompoops and "real" doctors would say that you should work on being happy with yourself before you drag another person into your nightmarish hellscape of despair, I say you should spread that pain around like cream cheese on a delicious bagel! With raisins.

By following my series of instructions, or "steps," I'll guide you every "step" of the way and help you find some unsuspecting fool to latch onto as if you were an emotional lamprey. My instructions won't prevent you from dying in a horrible grease fire, but I'll guarantee that you won't die alone (hint hint)!

What many people fail to realize is that relationships, for the most part, require another person. Meeting these people, or "persons," requires a trip to the outside world. In fact, ninety percent of all research done outside Alabama says that most future life mates are found outside the home! "But Doctor Dating," you say in your thin, reedy, high-pitched voice, "I go to the grocery store once a week and to the library once a month to rent silent movies! And yet the dudes/babes are nowhere to be found!" Friend, it looks like you have not heard of Doctor Dating's "hot spots." And by "hot spots" I don't mean that disease I caught during one of my research trips to Brazil.

Anyway, here are a few examples of places you can go to meet like-minded losers, or "turkeys," as the kids call them. 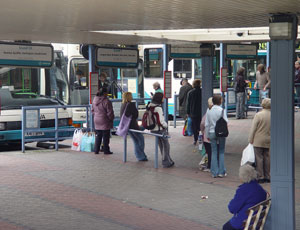 Bus stations are the speakeasies of the 21st century. But with more syphilis! The Bus Station - Nothing has that air of magic, mystery, and deisel fumes quite like a bus station. Why, I've met four out of my nine wives at bus stations! There's no better place to strike up a conversation with a bored passenger-in-waiting, or one of the many crazy homeless people that will no doubt make you feel better about yourself! Given the typical dangerous nature of bus stations, there are bound to be bullets flying around at some point, which will give you the perfect chance to absorb hot lead as you shield your future wife or husband!

The Coffee Shop - If you demand a higher-grade cut of beef, slap on your favorite turtleneck, grab the thickest book you can, and head on down to the local coffee shop. Once you enter, order a drink that costs at least seven dollars, and then use Doctor Dating's handy formula to recite a quote so pretentious that liberal arts majors will flock to you like the studmuffin/cherry pie that you are. Just choose the appropriate words from the bottom columns and prepare to reach a new plateau of intellectualism. 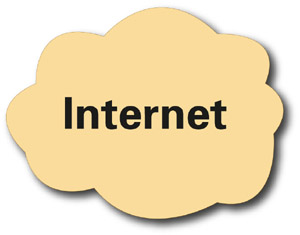 The Internet (artist's rendering). Please note that women are somewhere inside of this cloud.

The Internet - While you may think the internet is a wonderful place that has changed the way fourth graders write reports on elephants (fuck you, Zoobooks), it really should be the last resort when it comes to dating. If you think about it, the people using the internet are so desperate that they have to use the internet to get a date! Signing up for one of the many online dating services only puts you in the same league as these people. If you've ever wanted to meet someone who lives under a bridge or is so far into their Battlestar Galactica obsession that they think they are Commander Adama (I don't know who that is!), well, bully for you.