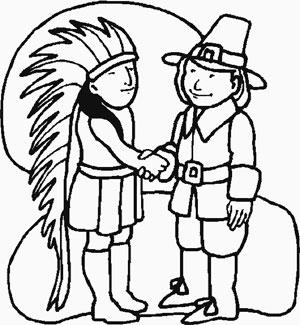 Just an old fashioned drug deal.Tomorrow is a day of monumental proportions destined to rock the foundations of America like many times before! Tomorrow is not just a regular old Thursday; it's a celebration of all that which makes our lives good and full of physics objects we can manipulate with our hands and gravity guns. Tomorrow is Thanksgiving CXLI, a quality holiday tradition that still retains some semblance of purity from the dismaying commercialism and light cannibalism of Christmas and the penis-shearing mayhem of Chanukah. Thanksgiving is the one time every year where we Americans pay thanks to the dark and phantom power that keeps our giant insane country from breaking into smaller insane pieces and then going to war like a schizophrenic sentient jigsaw puzzle depicting a grizzly bear playing a banjo. The grizzly bear represents America's savage and untamed heart, while the banjo represents are capacity to transcend animalistic nature and play a mean ditty. It's also one of the few times each year when families and friends can come together to eat a delicious meal without missing work or having to squander away a precious weekend.

Although this is roughly the 141st Thanksgiving in legal terms, the tradition dates back to the pilgrims. Little is known about the pilgrims, but it's theorized that they built Stonehenge and practiced pagan rituals. What is known is that they had an advanced form of telling time based around the eating cycle of the Great Worm, a massive subterranean monster lurking beneath New England. At exactly fifteen after the hour, without ever being even a second tardy, the Great Worm surfaces and devours one human life. The Native Americans tried to teach the new settlers how to live at peace with the Great Worm, but their words were simultaneously ignored and repeated for generations to come in the form elementary school plays. The one thing Native Americans did succeed in was getting the white man to sit down and enjoy a big honking feast that, with the exception of Indians being there, mirrors the annual feasts we have each year in modern times.

Thanksgiving didn't become an annual holiday until 1863 when Abraham "Bees" Lincoln passed the Thanksgiving Proclamation act, which, in addition to making Thanksgiving a national holiday, made owning a slave mandatory. He later recanted and passed the Emancipation Proclamation, which made owning a slave a thought crime punishable by nanite personality reconfiguration. Lincoln was merely making law what many had long fought for: a special day off work dedicated to the important task of eating a big meal. Contrary to popular belief, making Thanksgiving a national holiday was not why Lincoln was shot. He was shot after angering a fellow audience member at the Ford Theatre by talking loudly and yelling "WOOO!" constantly. He also kept dropping his top hat from the state box.

Yes, there may be past and present tragedies to cast a shadow over Thanksgiving, but Thanksgiving is a juggernaut that cannot be stopped. I know many of us still mourn the loss of Rodney Daingerfield, as well as his half-brother Yasser Arafat, but there is much to be happy about in this glorious high-tech age of motorcycles and octopuses. I would like to take this time, because it's the only time I really have unless I start interrupting the other writers, to share what I'm thankful for. 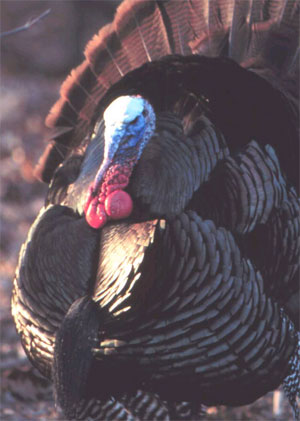 Not Being Dead Yet
Although I've certainly got it coming, I'm glad that I'm not dead yet and probably won't be for a while. True, that could change at any minute, which is why I'm taking steps to have my heart wired to a bomb trigger that will release a deadly nerve gas like Martin Sheen had in the movie "Spawn."

The Fall of the Soviet Union
I start each day by signing a personal Loyalty Oath to God and Country and immediately after that I celebrate our triumphant victory over the Soviet Union by defacing the former Evil Empire on whatever maps and globes I can get my hands on. If there is one thing that we can all agree on, it's that we're a lot better off without people like Yuri Andropov running around. That guy was nothing but trouble.

Reality TV
Now that TV producers have finally realized that we truly are the stupidest pieces of crap alive, they are free to throw their absolute worst at us with impunity. This makes me thankful that I feel arrogant and better than everybody else by not watching stupid shows about people succeeding in the fields of mediocrity and superficiality. Also I'm thankful for cancer, because I admire its methods.

Four More Years
I had doubts we would survive this long, but now that we have I find myself addicted to the thrill of living on the edge. Let's see how long we can go like this!

Grizzly Bears and Banjos
I've been thinking a lot about this, and I've come to the conclusion that America's greatest gift to the world is the idea of a grizzly bear playing a banjo. There is no way anyone can think about such a sight and not feel good about life. If the leaders of our world really wanted to end the violence in Iraq, all they need to do is get a bunch of grizzly bears (animatronic if need be) to do some fierce banjo playing. Then, when the insurgents let their guard down, the bears can attack and maul them with minimal resistance. I don't know how many times I've played this scenario out in my head, but it always ends in smiles.

Finally, I'm thankful this article is over and I'm free to spend the rest of the day doing something practical, like volunteering to give motivational workshops at the local homeless shelter. On behalf of the Something Awful family of jerks and bigger jerks, have a happy and safe Thanksgiving free of murder!