First, we read about Emily "Integral" Reigel's tragic and vomit-filled illness. On Thursday, we discovered that our beloved leader, Rich "Lowtax" Kyanka, had fallen victim to stomach problems of his own (not pertaining to his fatness). I think I speak for us all when I say my heart goes out to both of them. However, I speak for myself when I say they are big wussies. I have personally been sicker than any sick person who has ever been sick in the history of sick people getting sick. Well, not as sick as people who are, you know, dying. They're pretty damn sick. Okay, back to talking about me, now. I spent the better part of year in bed, thanks to the wonders of post-infectious auto-immune syndrome. For those of you who are unfamilar with this term (read: everyone), basically what happens is your immune system fends off a virus, but then it keeps attacking everything in sight. It's like your immune system army goes to war against the virus, and eventually defeats it. 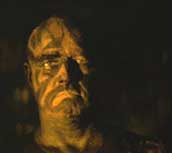 Now there's no more virus, but your immune system is all fired up, and all those little white blood cell soldiers don't want to return home to their meaningless jobs and philandering spouses. The officers see how disheartened the troops are, and they decide to rebel against their orders to return home and instead keep marching. So, your white blood cell army goes storming through your body, and soon the officers become drunk on their own ill-gotten power. They order their men to fire on the civilians, justifying the decision by saying that they gave quarter to the enemy virus. So your immune system army attacks everything, destroying entire cities of normal, functional civilian cells, who never even thought about the war, and who were perfectly happy with their meaningless jobs and their philandering spouses. Gradually, some of the soldiers become sickened by their own actions, and they abandon their posts. Detecting the faltering commitment among the rebel troops, the white blood cell general sends in his reserve forces to put an end to the madness. The rebels still loyal to their cause use guerilla tactics to prolong their eventual defeat, but in the end, your immune system rights itself. 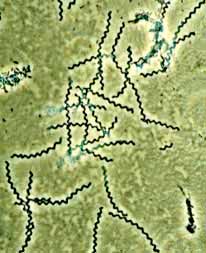 So that's what I had. It was the beginning of my freshman year. I started high school bright-eyed and bushy-tailed. Yep, I was a lightbulb-eyed, fox-tailed freak of nature. Just before Thankgiving, I became sick, and deteriorated into March. I was on double doses of Ibuprofen for the pain in my knees and head, both of which felt like they were being beaten with a crowbar that was also on fire. I slept eighteen hours a day, and when I was awake, I was too weak to stand, or even sit up for more than a few seconds at once. When I couldn't hold it anymore, it took an amazing amount of effort to get to the bathroom. Even once I got to the bathroom, I still had to sit down and pee woman-style, and when I started peeing woman-style, I couldn't hold myself up that long, so I had to lay over the toilet bowl in the Superman position, and then I'd fall asleep and crack my forehead on the floor. I got dizzy when I moved any part of my body, which made blinking an absolute bitch. I couldn't focus my eyes, so reading was impossible, as was tutoring. Once or twice a week, a new quirk would pop up. For example, one day in March, I managed to get up and drag myself into the kitchen for the purpose of making some frozen waffles. I opened the freezer, stuck in my hand, and promptly went blind for half an hour, which sucked, because I really wanted waffles. Another day, when I woke up, my eyes were completely crusted over with yellow gunk. I had to scrape it away like I was clearing a windshield after a blizzard. Just picture it: me, the star of my track team (by which I mean the track team in my head, in no way related to the track team at my school), barely able to make it out of bed. 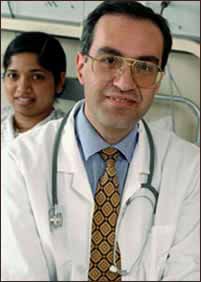 "We must take more blood, for we thirst!"

The first eight doctors diagnosed me with Lyme disease, but since the months of antibiotics did nothing, we investigated other options. Finally, I saw the doctor who discovered Lyme disease, who kept me waiting for four hours, than told me I didn't have it kicked me out of his office. Not long after that, I received the actual diagnosis of post-infectious auto-immune disorder from the thirteenth doctor. I also found out that there was absolutely nothing I could do about it. So, I toughed it out as best I could. I must have single-handedly put little Susie and Bobby Ibuprofen through college during those thirteen months, but I did get better. In December, I was back to full health. The long ordeal was finally over - or was it? No. No it wasn't. I still have to deal with the aftermath of that year of suckitude.

I never slid into depression while I was sick, but toward the end of the next year, the little monkeys in my brain decided it was high time I went quietly insane. I immediately started seeing a psychiatrist, who was a decent guy, and a psychologist, who was the product of clandestine attempts to mate a human with the ugliest bat in the world. I saned myself right back up again as quickly as I could just to avoid looking at her.

When I said I couldn't get out of bed for the first few months, I meant it. Apparently, failing to brush one's teeth for four months can lead to problems. At my first dentist appointment after I became healthy again, they decided to take some X-rays. I had sixteen cavities. Sixteen cavities. I had enough holes in my mouth to make me the butt of a Jeff Foxworthy joke. (Author's note: the interesting thing about the preceding sentence is that half the readers get the reference, and the other half are just chuckling because I used the word "butt.") 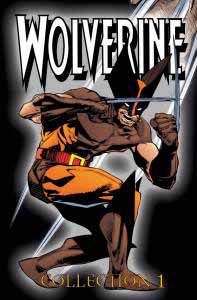 Like this classic Marvel character, I have an unusual healing process. Unlike his, mine sucks.

At a party, I smashed my shin on the corner of a marble endtable. It hurt like hell, but I tried to play it off as if nothing was wrong for the rest of the night. When I got home, my shin had swollen up to the size of a softball. Over the next few days, everything between my knee and my ankle turned black. Since I am normally whiter than Andy Dick, this was a bit distressing. Another red flag was the fact that if anything, including stray oxygen molecules, touched my leg, it felt like trying to pass a porcupine through your urethra. I have no proof that this was actually related to my illness, I'm just saying that I used to heal like a normal person.

Since my body was busy eating intself during one of the largest periods of growth during a young man's life, I missed out on a major growth spurt. My doctor originally predicted that I would hit six feet, but I topped off at an imposing five foot six. Well, technically five foot five and a half, but shut the hell up. It's actually a convenient height. I'm just short enough that girls can ignore me without making it look obvious. Plus, I get to endure the ire of that cursed Randy Newman song till the end of my days. Thanks a bunch, Jesus.

Teachers used to praise me for my incredible memory. I remembered everything that I saw, which helped me solve mysteries like the Case of the Stolen Baseball Glove, and the Case of the Dead Hooker. The illness put an end to that, though. I lost a huge chunk of my childhood memories, although some of them have been gradually coming back to me. The other day I remembered something about Little League and I nearly wet myself with golden liquid joy. Then I remembered Uncle Zeppo and his clown suit, and it was right back to therapy. My short term memory is nowhere near as sharp as it used to be, either. I still forget what I've just read, and I often lose track of what I'm saying right in the middle of a

For the most part, I'm back to normal now. Quite an ordeal, huh? Now you're probably saying, "Wow, Ben, you sure were sick," or "Gee, Ben, you're right, Integral and Lowtax are big wussies," or "Say, Ben, you weren't very funny this week." Yeah, well, shut up. I'll make it up to you by really reaming the Awful Link of the Day.