You're Going to Die! 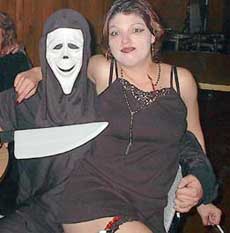 Dying is the thing that comes after living and before undying. People die for all sorts of reasons, including but not limited to the following: disease or sickness, bad luck, boredom, Gooncon, inability to live, desire to be a zombie, and so on. Dying is the number one cause of death in the world. It's an epidemic that's spreading fast and nobody knows how to stop it. Fortunately for you I have a sure-fire way to even the odds between you and death, kill someone else. The more people you kill the less people there will be that can kill you. I live by this philosophy every single day and I attribute all my success to it. The world is a dangerous place my friend and the only way to survive is to make sure other people don't. Also, I am in therapy.

Don't fret, buddy. Death isn't all that bad. Many things die, not just people! These are:

Yes, not even Ronald Reagan's cold black heart is immune from death, and he even sold his soul to Satan. Death isn't all that bad though. Many people think that death hurts. Not at all. I recently died and boy, it was quite a trip. Yes, there is an afterlife and I'm going to tell you all about it. Once I was dead I found myself in a room with a ton of other people sitting around waiting for something. There was a desk and a receptionist doing her nails. I started to speak, "Am I-"

"Sign in here and sit down." the receptionist said.

"I said sit down!" she yelled.

"SIT DOWN AND SHUT THE FUCK UP BEFORE I MAKE YOU WALK YOUR ETERNAL DAMNATION WITH NO LEGS."

"Whatever," I muttered under my breath, "You crusty old fart."

I sat down and read a copy of Newsweek and waited for what seemed like decades. They finally called my name and lead me into a cold dark room. There was a man who told me to lower my pants. He reached into my anus with a finger and started to move it around. After that he put his hand on my balls and felt around a bit. Then he told me to cough. He said, "You have nice balls." I was wierded out at first but somehow this felt right. I looked into his eyes, and he looked back. And then I reached down and su- Hey wait a second. That wasn't my death. That was my physical. Then what the hell happened when I died? Oh hell, I forget. It probably wasn't that important anyway.

Dying is inevitable. There's no way to stop it and soon you will be gone and never remembered again. But there is a way to make your pressence feel known long after you are gone and that's with a last will and testament. Many people are unaware of wills before it is too late and miss out on all the fun and hillarity that can be had with a will. If you don't think so, let me show you mine and maybe you'll change your tune. Get ready for some more blockquote!

Spokker Jones' Last Will and Testament 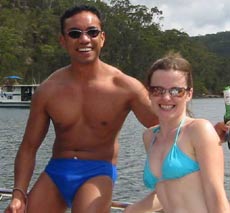 If you are reading this then I am dead or in the can. Do not cry for me, for I was dead a long time ago. While I am gone I would like the following actions taken for this is my will and you have to do what it says or I will haunt you.

Article 1: Bury all my money with my corpse
There's nothing worse than dying and knowing a whole bunch of charity organizations, or worse yet, your kids, are going to get all your money. I would like my money buried with me to ensure that ungrateful relatives and debt collectors won't find it. And who knows? Maybe I will need it in the afterlife. I know I'm hoping for dead stripper ghosts to fulfil my every pleasure. Because God knows you never did, wife! In the event that real money cannot be found in my bank account, please bury me with money from the board game Operation. Please, none of that Monopoly bullshit.

Article 2: Please shut down G4TechTV
Goddamn that is a shitty fucking network. Is it the lame hosts or the stupid programs? No, it has to be the cocksucking of every game developer that ever existed. Or maybe it's the fact that no show on that stupid network is the least bit entertaining. Pick one reason and just get rid of that whole fucking excuse for television. Sorry but a top ten show detailing the top ten Mario moves or the top ten bowel movements by a videogame character coupled with the insightful commentary of a guy shopping in Electronic Boutique is not something I'd be interested in watching. Dress up in all the "cute" video game outfits you want Diane Mizota, but nothing is going to hide that dog face.

Diane Mizota: HEY MOM MY NAME IS DIANE MIZOTA AND I HOST A TV SHOW ABOUT TOP TEN LISTS OF VIDEO GAMES!
Diane Mizota's Mom: GET OUT OF MY HOUSE!

Article 3: NO FUNERAL
I know you guys like free food and parties and the like, but you aren't having it over my corpse. I didn't die so you could all get together and eat and dance and fuck or whatever it is you people do at funerals. I don't need to lay there in a church listening to how you all loved me. Let's face it, you don't, and that's fine. But don't come to my funeral and lie to my already decomposing face. I also don't need to be the reason the cops are stopping traffic while you morons cart my dead ass to the cemetary. Here's how to handle my remains, cremate my corpse and spread the ashes in Lowtax's breakfast cereal. Trust me, I'll die a happy man if you just do this one thing for me. 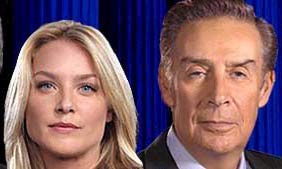 You can prosecute me any day, baby. Oh, hello Jerry!Article 4: Avenge my death!
Make no mistake, I was murdered. It wasn't suicide, it wasn't natural causes, it was murder. Whether I was murdered justly because I looked up his mother's dress or tried to poison his lambchops is for the courts to decide, but I was most definately murdered by Frolixo. Hey don't ask why! Just go get the guy! He's got red hair and he's really white. What more reason do you need?

Article 5: Staple pictures of that really hot lawyer from Law and Order to the inside door of my coffin
I can't be bothered to remember a woman's name but she's the hot lawyer on Law and Order. Also make sure everyone who signed this petition gets eaten by a bear. Haha, you signed an online petition you poor fucks. Your parents must be proud. Haha!

Article 6: Rename Law and Order to Lawn and Order
In the future lawn crimes will be hot news and there will need to be shows that capitalize on this. Bury my royalties from the show next to my coffin and get the fuck away.

Dying isn't so bad and with a little work it can be a great learning experience. I reccomend doing it four or five times a year. Say hello to the Kennedys for me while you're down there. I heard they visit quite often. And I'm most certainly going to Hell for ripping off that joke from South Park. Who cares though? South Park and every other animated show ever rips off the Simpsons all the time, who rip off the Twilight Zone constantly, who rip off that new and improved Twilight Zone they used to show on UPN. How is that possible when the new Twilight Zone existed after the old one? What do you think? It's the fucking Twilight Zone.

And they all ripped off from I Love Lucy so damn it all.

Weekend Web: King of All Internets

Hello internet friends, Zachary "Spokker Jones" Gutierrez here. Today I proclaim myself the king of all internets! I thank myself for this prestigious honor. I had to go to dictionary.com to see if I spelled prestigious right. I did spell it right! To celebrate I am posting another Weekend Web for you all. Today we take a look at the new Howard Stern Forums which just opened up a few weeks ago. Howard is afraid that the government is going to shut down his radio show and created the board as a way to communicate with fans after he is off the air. Yes, you read that right, Howard Stern fans are now posting on the internet.

We're doomed. Either way, proceed to the following link where I proceed to suck the guy's cock before attempting to slam his forums. It's a good thing.