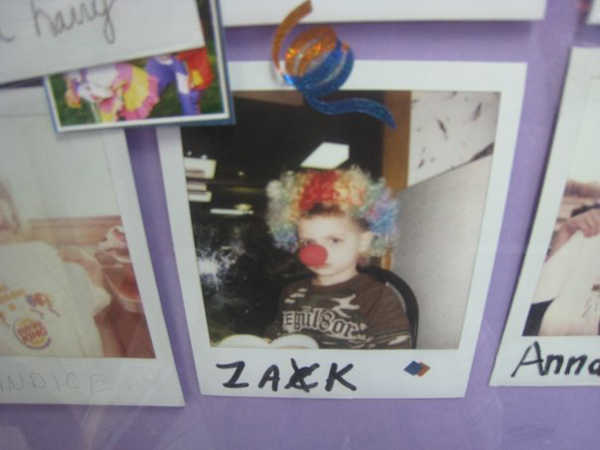 Zak hates clowns. He hates the way his mom spelled his name on the birth certificate and he hates Burger King. But you knew that the second you saw him.

I found this picture hanging in a Burger King in the part of Ohio where the towns are named after either the hillbilly that accidentally settled there or whatever the hillbilly did to make enough money for liquor. I swear to God, the whole southern section of the state is nothing but Clarksburgs and Irontowns.

Setting is important, so I guess I should explain the region. When I was young, a friend once farted in a blanket and forced it over my head. A Dutch Oven, he called it. Well, these towns have a similar fart smell hanging thick in the air. You'll roll up your windows miles before you see the town, and you'll run your air-conditioning on high trying to flush out the stench long after you leave. Whether it's an open strip-mine, a sewage plant built too close to the road, or some stagnant pond, every city, every last one of them, is smothered in an eternal Dutch Oven, and in the middle sits Zak, depressed and wigged for his birthday at the Burger King. 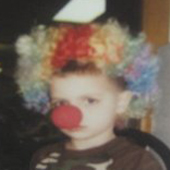 Zak's not happy, and his mother doesn't give a shit. And, based on his name, she never did. His name is the modern equivalent of Sue in that Johnny Cash song, in that anyone who chose to name his or her child that had to be conscience of the suffering that must be endured by the owner. By nine, the poor kid was already reaping the benefits of a terrible name. Even the clown or the fry cook or whoever wrote the boy's name on the photograph couldn't believe it. "What the fuck? No C?" They said, crossing out his letter. No one bothered to fix the mistake, though. Instead, they hung it on the wall all fucked up. If there was a can hanging underneath it, I would have thrown some change in out of pity. Maybe if enough people donated, Zak could have a real birthday. It's not like it could be any worse than this.

One of the few benefits of having nothing is that it doesn't take much to outdo yourself. A rusted out Cutlass Ciera perched on some cinder blocks is a huge improvement if you have neither transportation nor shelter. Zak's mother ignored this luxury and managed to really outdo her neglect. She could have done anything. Literally. He's a kid after all; it takes nothing to impress him. A piñata and a picnic. Boom. Birthday party. A case of RC Cola from the dollar store and a borrowed game of Twister. Boom. Birthday party. A cake that says Zak and a few sober family members. Boom. Birthday party. Instead, the grand celebration this year was in the same place he orders his daily dollar menu dinners, except today he got a foam nose, a free small slushy, and a new desire for self mutilation. Of course Zak is upset. You don't celebrate a child's victory against juvenile leukemia with a tour of the hospital. Disappointing a child on his birthday takes hard, premeditated work. Shitty childhood in the first-degree.